Every Sunday, Austin Davis prepares five-course meals with a team of volunteers to feed 150 to 250 homeless people at Tempe Beach Park.

From 3-6 p.m., Davis, who formed AZ HUGS for the Houseless, an Arizona Jews for Justice initiative, serves food, takes clothes to a laundromat nearby and socializes with people experiencing homelessness.

Davis spends his time catching up with everyone at the event. He makes a list each week with special requests and places his friends need to go, like the hospital, pharmacy or grocery store.

"Sunday's are for the family," Davis said. "I think that one of the greatest things this event accomplishes is a safe space that people can return to every week," Davis said.

What started as an internship at the beginning of the COVID-19 pandemic has grown into an up and running initiative. AZ HUGS for the Houseless caters to hundreds experiencing homelessness in Tempe and Phoenix. 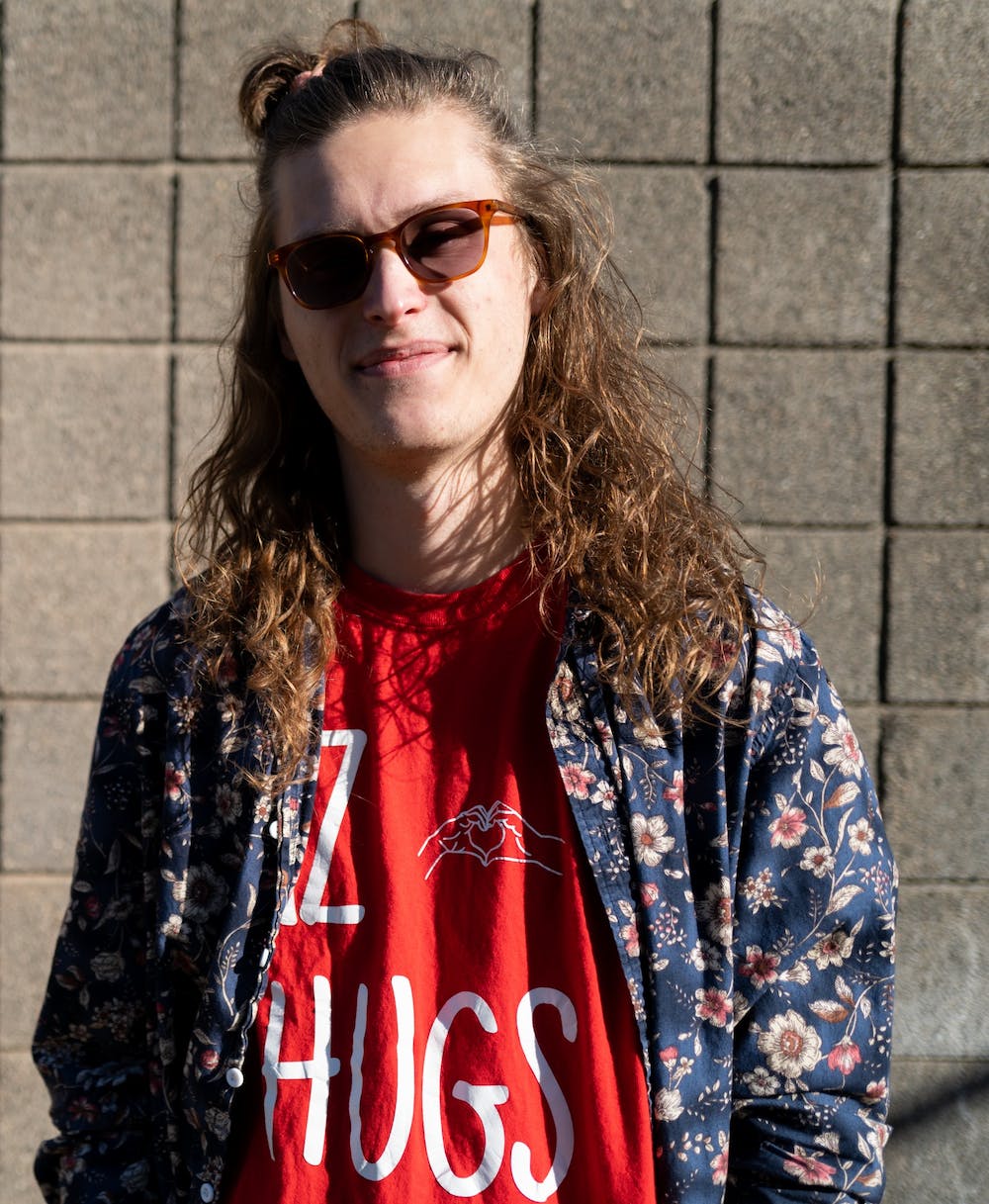 At the beginning of his internship, Davis went with campaign director for Arizona Jews for Justice, Eddie Chavez Calderon, to the "zone," a tent city in downtown Phoenix where hundreds of homeless individuals and families live.

AZ Hugs for the Houseless was originally an initiative created by Davis for his internship with Arizona Jews for Justice, a Jewish grassroots organization for social justice. Davis started out by bringing masks, water bottles and care packages.

But as his internship came to an end, Davis wasn't ready to turn his back on his new organization.

Davis, who has struggled with OCD, depression and Tourette syndrome, connected with people experiencing homeless because he understands "how terrible and debilitating ... and just painful it can be to struggle with mental illness."

"There are huge stigmas around homelessness in Arizona, and the 'zone' is a different world," Davis said.

Rabbi Shmuly Yanklowitz, the founder of Arizona Jews for Justice, said the organization's goal is to foster a "revolution of empathy." The organization brings on interns to learn how to become leaders for the community based on their personal experiences.

"The biggest thing in being a change maker is consistency and learning the structure of scheduling, planning and being present where you need to be," Yanklowitz said. "I think many college students have those skills."

Davis said he learned how to focus his passion into becoming a leader and community organizer through his internship, ultimately leading to his initiative.

"Austin has always been a gleaming beacon of refreshing love and kindness. I think that that light needed to be tone and honed in so that he could become a specific spotlight for this amazing community," Chavez said.

Now, throughout the week, Davis returns to downtown Phoenix and helps the people he affectionately calls his friends by providing meals, supplies and care.

He compiles a weekly list of special requests people have, like a new tent, a computer charger or a radio, and posts it on the AZ HUGS' Instagram. He said he also spends time with homeless people in their tents creating art and having meaningful conversations.

A post shared by AZ Hugs For the Houseless (@azhugs)

Cookouts like Davis' at Tempe Beach Park, Yanklowitz said, are part of immersing in "a deeper consciousness of service" and understanding "how difficult it is to be one of the most vulnerable." The event not only meets physical needs like food, but helps to "heal our broken society that can be so self consumed."

"At AZ HUGS, we just want to show people that they're loved and respected, but, above all else, that they're human," Davis said.