Freshmen Brinlee Kidd and Sylvia Lopez won the competition with their note-taking platform, Jotted, which is expected to launch within the next six months. The competition concluded at the end of March and aimed to help students develop product ideas.

Kidd, who is majoring in informatics and minoring in technology entrepreneurship and management, and Lopez, who is majoring in industrial engineering and minoring in secondary education, were supposed to go to Istanbul in December 2021 to begin a five-week development phase of their product eventually leading to the final round. But due to COVID-19, the program was pushed back to March 2022 and condensed to six days.

Throughout the finals, the team worked with a number of experts and professionals in the technology and education field to help grow their product. The team used Q&A sessions held by the experts to help change and advance the original pitch for the final round of the competition.

The Jotted team changed much of its original prototype after the consultations and workshops, including switching the product from an app to a browser-based platform. Lopez and Kidd said making the product browser-based would improve it for the audience they are trying to reach.

“A lot of the shifting we made, whether it was small things or big things like switching to a browser, was something we realized would be better for students,” Lopez said. “A lot of it has been based on taking a step back and thinking about it on a student level.”

While Kidd and Lopez originally went into the finals with a pitch they believed would be their final one, they said the competition helped them understand the product better and communicate their passion for education with Jotted. 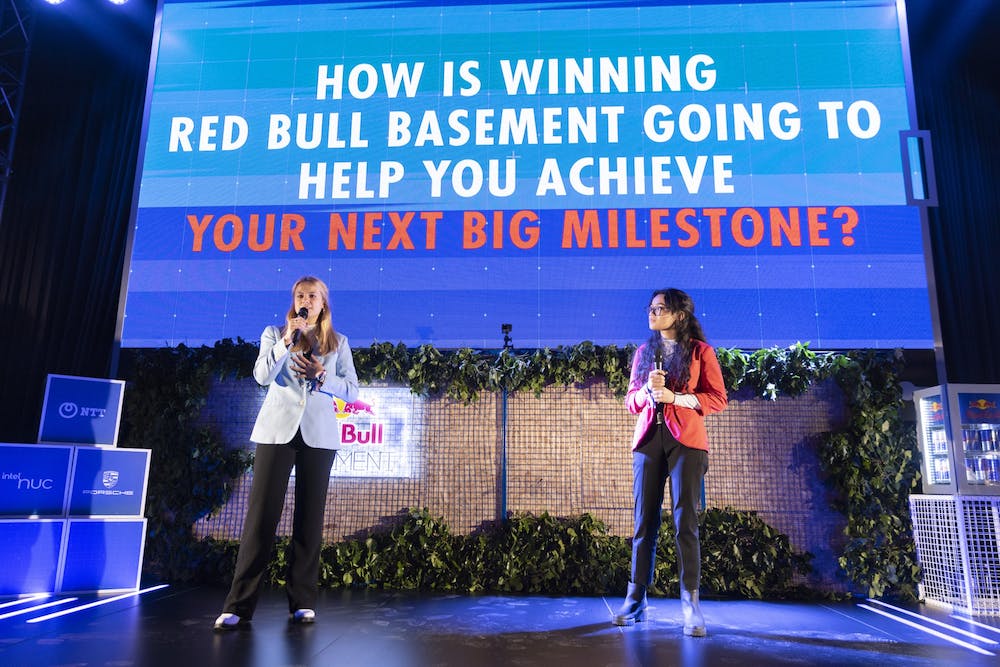 “We decided to incorporate our personalities as founders, partners, people and university students into (the pitch) more instead of more business or professional,” Lopez said. “As we saw the vibe of what it was going to look like, we adjusted accordingly.”

Lopez said the people involved in the competition, from the speakers and leaders to the other competitors, provided them with an experience that was “incredible.” Lopez and Kidd said the friends they made at the competition were people they would work with in the future and look forward to seeing in the coming months.

And although Kidd and Lopez said the team was competing to win the competition, they said the atmosphere they were in was not a competitive one. With no cash or prize incentive, the reward was the connections they made along the way.

“We went into it with the goal of meeting people, making connections, being friendly, learning about their cultures and where they came from and their ideas and what drives them,” Kidd said.

Kidd said although the team was never given a definitive reason as to why they won the competition, the team showcased Jotted as a tool that could "help people learn and maximize efficiency." And with education as one of the areas being focused on in the competition, the Jotted team presented a pitch that fell in line with what the judges were looking for.

While the technical aspects of the product were heavily improved upon, the business side of the team was also something Lopez and Kidd worked on during the competition.

Lopez said one of the workshops the team attended provided them with a better insight into how business works. It was an experience that gave them an understanding of being "ready to accept the errors and rejections," Kidd said.

"That workshop was a shining moment for me," Lopez said. "I feel like our business went to the next level, and we learned a lot about business."

Kidd and Lopez said they are currently continuing their work on the prototype which they hope to launch within the next six months and are focused on producing a product that "makes an impact on students' lives."