The Associated Students of ASU released its annual document with the financial expenditures of each Undergraduate Student Government and Graduate and Professional Student Association candidate who ran for office this spring, revealing the majority of candidates spent no money on their campaigns.

Thirteen candidates out of the total pool of 91 candidates — 44 USG candidates and 47 GPSA candidates — spent money on their campaigns. Executive tickets were counted as one candidate each because only one expense report is submitted per ticket. A total of almost $2,200 was spent on all the campaigns combined.

Candidates must report how, where and from whom they obtained all items. All candidates are required to submit their expense forms no later than 11:59 p.m. the day after the election.

The executive tickets for West, Polytechnic and Downtown Phoenix campuses have a cap of $900 for the amount of money they can spent on their campaign. Tempe executive tickets have a $1,500 limit. Senate candidates are limited to $300.

The top three spenders were the Kalthoff executive ticket for the Tempe campus, Florian A. Schneider, who ran for GPSA president, and Muskaan Gupta, who ran for a W.P. Carey School of Business seat.

The Kalthoff ticket, which ran for executive office on the Tempe campus, spent the majority of the money spent by all candidates, doling out almost$1,210.

According to the expense report, the Kalthoff ticket spent its money on campaign t-shirts, stickers, business cards and a banner.

The second highest-spending campaign was Florian A. Schneider, a graduate student studying sustainability. Schneider, who won his race for president of GPSA, spent $200.89 on his campaign.

The expense report stated that Schneider spent his money on a web development service and the purchase of his domain name for a campaign website.

Muskaan Gupta, a sophomore studying business management, lost the race for a USGT W.P. Carey School of Business senate seat. She spent more than any candidate running for the GPSA Assembly or USG Senate, spending $191.35 on her campaign.

The expense report showed that Gupta spent her money on printing costs for posters and color copies.

The other 10 candidates who spent money on their campaigns were as follows:

"We did not spend any money during our campaign. Everything we did, from trying to increase exposure, to all the meetings with different people and organizations I had, were free," Lis said in an email.

Hannah Berryman, a sophomore studying psychology, competed against nine other candidates for a USGT College of Liberal Arts and Sciences Senate seat. She won a seat without spending any money.

“I utilized my personal social media platforms to spread awareness of my campaign, and shared that the election was happening with my constituents and other students I know," Berryman said in an email.

Berryman used her own political instincts and vast social reach to spread her messaging to the public.

"Although only students in the College of Liberal Arts and Sciences can vote for me, I still reached out to many people to spread awareness about the election, in addition to sharing my own endorsements," Berryman said in an email. "Next year, I plan on continuing with a similar approach of spending no money, and relying on my own outreach and constituents."

Kalthoff, Schneider and Gupta did not immediately respond to requests to comment.

Correction: A previous version of this story misstated the total number of candidates who submitted expense reports. The story was updated on April 26, 2022, at 11:15 a.m. to correct the error. 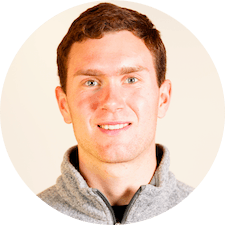