The University prides itself on this top ranking, but where does it come from?

“ASU is ranked #1 in innovation ahead of MIT and Stanford for 8 consecutive years.”

We’ve all seen the phrase plastered on University buildings, buses and promotional materials. But ubiquity is all it has holding it up — the ranking is subjective, determined by the opinions of the upper echelons of university administrations.

ASU was long seen as a party school from the late 20th century into the 21st, but the University ultimately changed its image to that of a bastion of innovation in higher education. The shift of the public’s and academia’s opinion of ASU, experts on higher education say, was mostly driven by one man: ASU President Michael Crow.

“We had to rethink everything under President Crow,” said Frederick Corey, ASU’s former vice provost for undergraduate education from 2014- 2021. “(He) had a vision that ASU could be something quite spectacular, that ASU could be an example of a new kind of American university.”

Crow’s vision of a spectacular university largely came to fruition — the school’s reputation and rankings have improved immensely during his 20 years in office, thanks in part to myriad innovative projects spearheaded by the University.

Yet some still question, after seven years of ASU as the reigning titleholder, what the No. 1 in Innovation ranking means and the metrics by which it is measured.

Crow did not have it easy at first, inheriting a University that was precariously balancing a new classification as a top research university with a decades-old reputation as a party school.

ASU’s party school reputation seemed to have hit its peak in 2002 — the year Crow became president — when Playboy Magazine named it the top party school in the nation. This was the first time since 1987 the magazine had ranked colleges on their party scenes, where the University placed third on the list.

According to State Press coverage from the time, when brand-new President Crow saw the ranking, he said he “thought it was a joke.”

“ASU has fought for years to shed its party school image and make itself a Research-I institution,” read a 2002 State Press column about the situation. “Unfortunately, reputations take years to build and only minutes to tear down. In this case, it took exactly 109 minutes (including advertisements).”

According to a spring 2002 study by the American College Health Association, between 2000 and 2002, the behavior of ASU students while intoxicated became riskier, with 5% fewer students using a designated driver when going to bars and the amount of students having unprotected sex while drunk going up nine percentage points.

In comparison to the entire survey, ASU had lower rates of designated driver use and higher rates of intoxicated unprotected sex that year.

ASU party culture during the early-to-mid 2010s became ruthless, with some incidents proving to be sinister. Four fraternities were banned from the University in the 2013-14 school year for incidents that occurred at parties or for incidents related to excessive drinking or hazing.

This time period marked the end of ASU’s reign as top partier. The school was ranked in The Princeton Review for the last time in 2011, at No. 17, and its final appearance in Playboy was in 2013, rolling in at No. 9.

All of this is not to say that Sun Devils don’t let loose anymore. Niche ranked ASU No. 55 in party schools out of over 1,600 schools in 2022 — but the University probably won’t be topping party school rankings again any time soon.

The apparent Crow-ification of ASU even predates the president’s tenure. Corey said the University’s shift in focus toward innovation began with former President Lattie Coor, who was replaced by Crow in 2002.

According to the University’s biography of the former president, Coor elevated ASU’s status to that of a respectable research institution, earning it a prestigious ranking as a Research-I University by the Carnegie Foundation for the Advancement of Teaching in early 1994.

Peter McPherson, the president of the Association of Public and Land-grant Universities, said ASU changed enormously, with “fantastic outcomes” under Crow.

McPherson, who was the president of Michigan State University during the transitory period between Coor and Crow, said ASU has become more visible in the last two decades.

“It’s the only college that has ever received the title”

Crow expanded upon Coor’s efforts to professionalize the University, arriving at ASU with a strong and uncompromising vision for the direction of the University.

“He had a vision of ASU as this ‘New American University,’ and we were asked to envision it with him,” Corey said.

For example, he said Crow made changes by uniting different fields — like combining what at other universities would have been highly divided departments for biology and microbiology into the School of Life Sciences at ASU — allowing for more collaboration across similar disciplines.

In 2009, ASU was ranked fifth in U.S. News and World Report’s “Top Up-and- Coming Schools,” one of various classifications chosen by a panel of Crow’s peers based on their perceptions of the school’s performance. This was the second year in a row the University was considered a school to watch by university officials at schools similar to ASU.

Also in 2009, Time Magazine named Crow one of “Nine Presidents To Watch,” highlighting ASU’s impressive statistics in the aughts.

In his first seven years as president, Crow managed to boost the number of National Merit Scholars enrolled at ASU by 61%, increase the population of minority students by 62%, and surge the number of low-income in-state freshmen by nearly nine times, according to the Time article.

The article cites Crow’s goal of ASU becoming a university “that embraced students with a wide range of backgrounds and abilities while giving elite public schools a run for their research money” as a reason for the stellar numbers.

Corey said Crow’s expansion of the school’s charter, which underscores inclusion and support over exclusivity, was instrumental to defining “A New American University” and boosting ASU’s reputation as a respected research university.

“This idea of acceptance rate being a sign of a good university is intellectually offensive,” Corey said. “This just encourages universities to get students to apply so that they can be rejected.”

Ahead of MIT and Stanford

In 2016, Crow’s efforts came to fruition when U.S. News and World Report bestowed upon ASU the first-ever honor of Most Innovative School in the Nation. This honor went to the University six more times in a row, giving ASU a seven-year streak. It’s the only college that has ever received the title.

The innovation category is also chosen by university officials, who nominate universities “that are making the most innovative improvements in terms of curriculum, faculty, students, campus life, technology or facilities,” according to U.S. News and World Report’s methodology page.

According to U.S. News’ methodology, universities are ranked in decreasing order based on the number of nominations they received that year, meaning ASU has received the most nominations for innovation every year since 2016.

I've had this plate for a while now, but it took on a whole new significance today. Thank you to our extended @ASU community and @usnews respectively for achieving and recognizing our 8th straight "#1 in innovation" ranking. Go Devils! #excellence pic.twitter.com/19ZnP1WCpR

The innovation ranking is not the only metric that relies on peer assessment; other U.S. News categories that ASU displays on its homepage, like Top 10 in the U.S. for first-year experience and Top 10 in the U.S. for undergraduate teaching, are ranked by the responses Crow’s peers provide in an annual survey.

While ASU’s charter appears to be a very important example of academic innovation to former university administrators like Corey and McPherson, the University seems to put more emphasis on the outcome of the Most Innovative School in the Nation ranking.

On the ASU website’s homepage, a carousel of text flaunting the University’s rankings sits above an excerpt of the University charter that Corey and McPherson alluded to: “We are measured not by whom we exclude, but by whom we include and how they succeed.”

The University heavily leans on its rankings when creating marketing materials; ASU’s brand guide includes an entire section just for how to incorporate rankings into University marketing assets.

But ASU leaned even further, creating a portfolio of 72 distinct designs that prominently advertise its Most Innovative School in the Nation ranking.

Francie Diep, a senior reporter covering money at the Chronicle of Higher Education, has extensively covered the U.S. News and World Report’s college rankings. She said Crow’s success in the rankings is likely attributed to a combination of the University’s vast number of advertisements hinging on its innovations and rubbing elbows with important academic figures.

Diep said it’s not uncommon for university leaders to show off their schools to other university leaders around U.S. News ranking season. She said universities buy ads touting their strong suits in the Chronicle of Higher Education during this time, which are often read by decision-makers at these institutions.

In contrast to ASU’s standing in survey based rankings from U.S. News, the categories that rely on hard data typically rank ASU lower.

Best Value Colleges and Top Performers on Social Mobility are top U.S. News categories in which ASU is ranked lower, coming in at No. 139 and No. 179, respectively. These categories are determined using University statistics on the cost of attending ASU after need-based scholarships and grants, the graduation rate and performance of Pell Grant recipients and comparing overall “academic quality” to average cost.

This academic quality measurement is calculated using objective factors, like first-year retention rates, class sizes, graduate indebtedness, and even the aforementioned glowing peer assessment surveys. This year, U.S. News gave the University an overall score of 59 points out of 100.

This story is part of "The Crow Issue," a State Press Magazine project looking back at the past 20 years of Michael Crow's tenure as University president, which was published on Sept. 7, 2022. See the entire publication here. 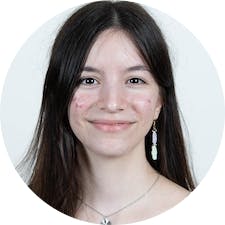