'Real estate is king': How Michael Crow found a way to fund and expand ASU

The University's use of tax-exempt land has given it the ability to find new sources of revenue. The ethics of the practice, however, have come into question

When President Michael Crow came to ASU, he had a new vision for higher education, with the lofty goals of transforming society, creating research with “purpose and impact,” and enabling student success. But his vision faced an immediate roadblock: money.

In the years since, ASU has generated revenue by leasing its tax-exempt land to private-sector companies, a practice pursued throughout Crow’s 20-year tenure in an attempt to make up for insufficient state funding. According to data collected by the Maricopa County Assessor’s Office, in 2002, over half of ASU’s parcels of land sat vacant; today, that number is under 20%.

Some community members, however, have raised questions over how ethical these deals are. Some experts argue ASU is abusing its tax-exempt status for purposes it wasn’t designated for.

Others say the matter is a “gray area.” The state cut funding, so the University had to go looking for money using the tools it had available.

Morgan Olsen, ASU’s chief financial officer, said the University’s real estate expansion is meant to not only “diversify the revenue streams,” but enrich the opportunities ASU can provide to students and faculty.

“We generate resources from how those lands are being used,” Olsen said. “But it also is in a way that advances the University in terms of its mission and its charter and its programs.”

The deals, especially in recent years, have been the root of controversy.

In 2019, Attorney General Mark Brnovich sued the Arizona Board of Regents, ASU’s governing board, for the practice of leasing tax-exempt public land to private businesses in response to the University’s deal to build an Omni Hotel in Tempe.

“ABOR’s mission is to run our state public universities, not extend government tax-exempt status to private corporations,” Brnovich told the State Press in 2019.

Earlier this year, the state Supreme Court ruled the case could be reheard in a lower court.

Over the past year, students and Tempe residents have criticized the development of Mirabella at ASU, a retirement community built on campus near Mill Avenue, after some of its residents sued a local music venue over the loudness of its concerts.

As the University brings in large companies, the areas it inhabits become more desirable, leading to an increase in property taxes, experts said. 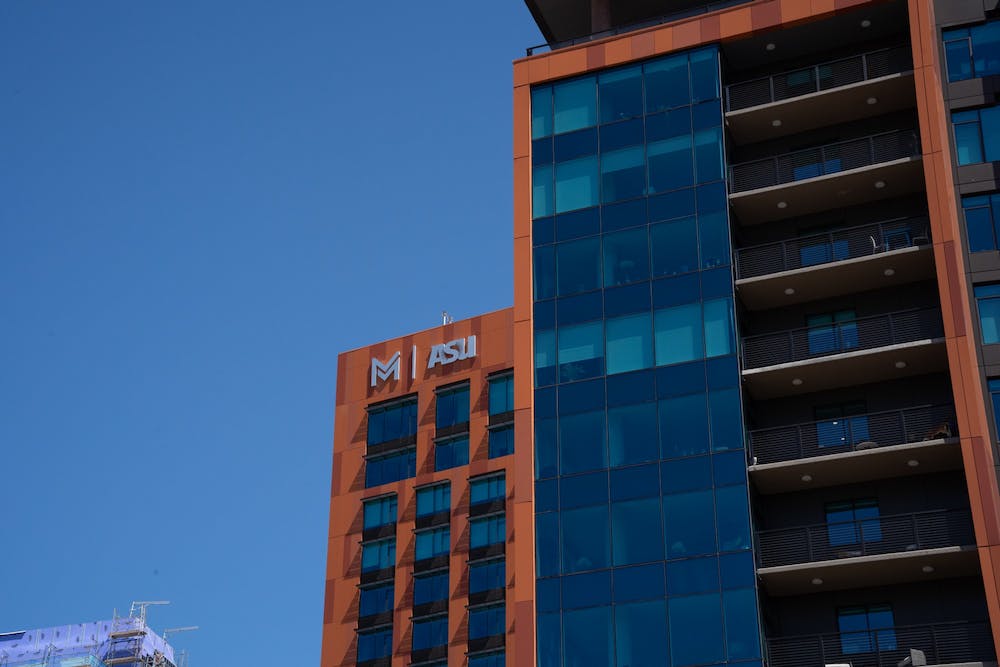 Theoretically, increased desirability would improve the economic prosperity of the whole community. In practice, companies that form academic-corporate partnerships with ASU get major tax breaks, forcing the rest of a city’s taxpayers to pay more to make up the funding deficit, said Kevin McCarthy, president of the Arizona Tax Research Association.

“There’s not a dime that goes to property taxes that goes to Tempe Union, Tempe Elementary School District,” he said. “It means all the other taxpayers have to make up the difference for the taxes that are not being paid.” Brnovich’s lawsuit against Omni echoed the same concern, stating that the deal ABOR inked with private firms to lease tax-exempt land “require other tax - payers to make up lost revenue.”

Under Article 9, Section 2 of the Arizona Constitution, the property of educational institutions can be exempt from taxation if it is not being used for profit. This includes all land owned by ABOR, McCarthy said. Most of ASU’s property is owned by ABOR.

Property taxes are collected from anyone who owns property within a county — including homeowners, businesses and more — based on a property value calculated by the county assessor’s office. About 20% of Maricopa County’s revenue for its public services came from property taxes, penalties and interest in fiscal year 2021.

Mirabella agreed to pay ABOR over $7 million upfront to lease the land. Rent is variable from then on, calculated twice per year based on the amount of property tax the company would pay if it was not exempt. For the first eight years of the lease, that number is multiplied by Mirabella’s occupancy rate for the preceding six months.

The Arizona Tax Research Association estimated that the property taxes for Mirabella would be about $2.5 million.

The Omni Tempe Hotel agreed to pay ABOR over $6 million upfront. It also agreed to pay ABOR an annual rent of about $1 million a year, which the two entities say is a “payment in lieu of taxes,” according to the Brnovich lawsuit.

In the lease agreement with Omni, ABOR says it intends to maintain the land the hotel is on as tax-exempt. If the status is revoked, the amount of property taxes Omni must pay will be taken off of its monthly rent price. 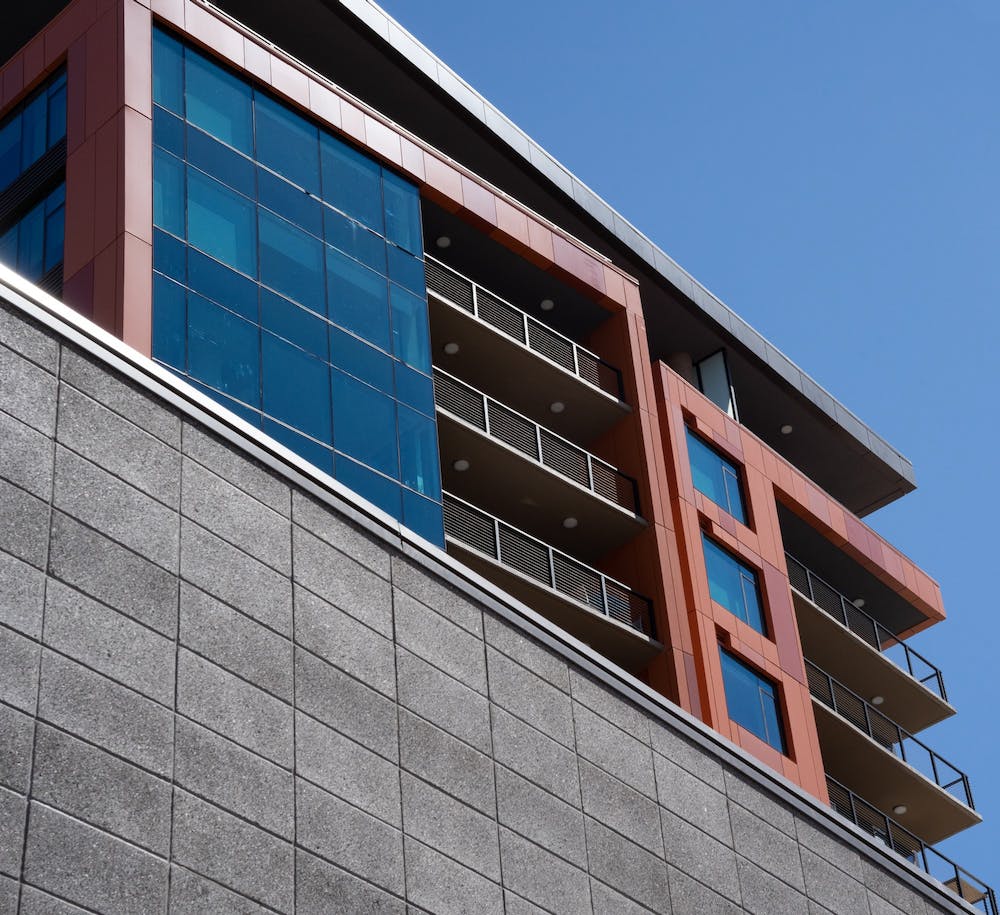 Tom Rex, associate director of the Center for Competitiveness and Prosperity Research at ASU, said it’s not all black-and-white.

“If ASU wasn’t developing this land, no money would be going to other governments anyway, because that land would be sitting there vacant,” he said.

“When we talk about real estate activity at the University since President Crow started, what we’re talking about is planning in order to take the best advantage of the land that was already in the portfolio,” he said.

Outside of using city land to build the Downtown Phoenix campus, which opened in 2006, Crow aimed to use land that was already acquired by the University to foster campus expansion, said ASU spokesperson Jay Thorne.

“We’re not just out there, you know, building gas stations on street corners,” Olsen said.

In addition to the partnerships formed with the Omni Tempe Hotel and Mirabella, Olsen said ASU has used its real estate to build and maintain relationships with various large companies in spaces called innovation zones. 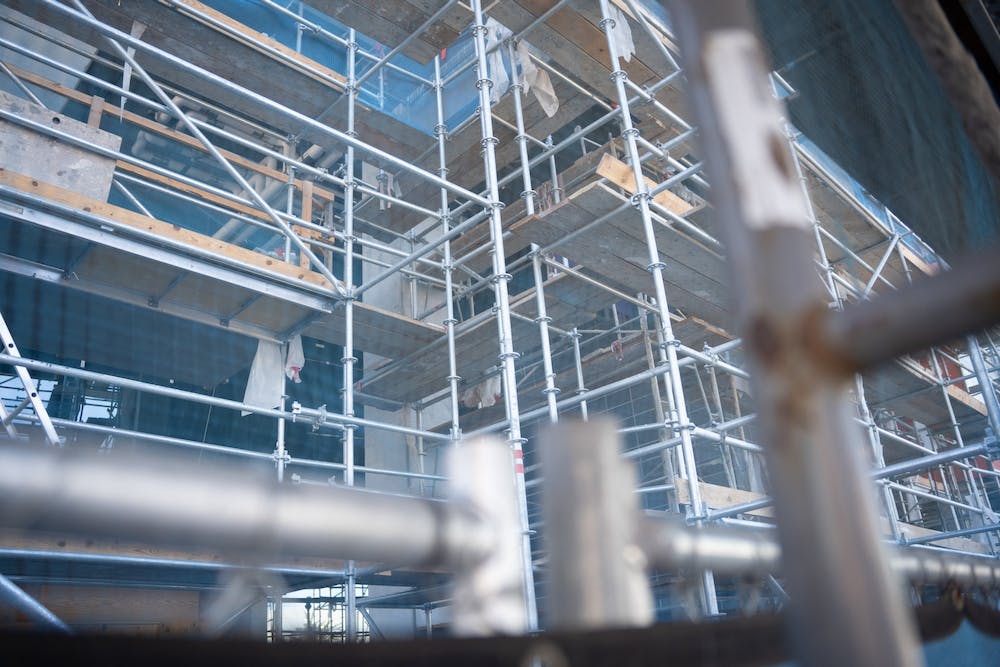 In these spaces, companies get access to a pool of young workers who can bring fresh ideas, said Ji Mi Choi, vice president of ASU Knowledge Enterprise. For some students, these ideas can become intellectual property and even start-up companies, Choi added.

Bopp said these zones encourage overall economic growth for the state of Arizona. In 2021, SkySong estimated it would be able to funnel $58.2 billion into Scottsdale’s economy over the next 30 years.

“There’s a physical investment in the building — where there’s construction jobs created, there’s construction sales tax created,” Bopp said. “But then more importantly, long term, there are the jobs that are going to be created within that building that probably would not have existed in Arizona if it weren’t for that type of development.”

While there may be financial benefits from ASU’s knowledge communities, Davarian L. Baldwin, a historian and professor at Trinity College in Hartford, Connecticut, said these partnerships are ultimately the building blocks in Crow’s “real estate hustle.” Baldwin has investigated the impact of university development across the country for his book "In the Shadow of the Ivory Tower."

“What (Crow) never talks about is how the cost doesn’t come from nowhere, and the prosperity is not internally generated,” Baldwin said. “It’s coming from extracting wealth from the city of Tempe, Phoenix.”

Rex sees it as a nuanced issue with arguments on both sides. But what he would rather address is the question of why ASU and Crow would turn to “gray area” deals in the first place.

President Crow told The State Press in February that ASU has been financing almost all of its own facilities because the University has little public financial support.

Olsen said this is because Arizona’s higher education funding was cut during the 2008 recession, and has not been able to reach pre-recession levels since.

ASU is “doing it right” by utilizing its real estate, Rex said. The property deals guarantee stable, long-term revenue for the University while contributing to city development. He thinks it is unlikely the state will increase its budget for higher education.

Compared to the enterprises of private universities, Baldwin said Crow has a unique approach to real estate development.

“As a public university (ASU) relied more heavily on public money than these other schools, but it also took an entrepreneurial turn,” Baldwin said. “Then compound that by the fact that it was situated in a state where real estate is king.”

In March of last year, Maricopa County Assessor Eddie Cook decided to require SkySong to pay property taxes to the city of Scottsdale for the first time in its 12-year history.

In lieu of a property tax, lessees pay additional rent to ASU, said Patrick Panetta, the director of project management for ASU’s real estate development office. This additional rent payment is calculated based on how the Maricopa County Assessor’s office would value the property taxes.

“They make a payment that would be equivalent to the property tax that they would make if they owned it themselves,” Panetta said. “So they don’t get out of paying a tax, it’s just not called a tax because it’s collected by the University.”

This system is detrimental to local government funding, especially toward K-12 education, since it relies on property taxes and voter support for overrides, McCarthy said. Overrides allow increases in property taxes that exceed the normal limits.

“The cost of the override is higher than it should be,” McCarthy said. “The more the taxpayers figure out the game that’s being played, that they’re paying taxes and other people aren’t, it undermines the legitimacy of the whole operation.”

Even with McCarthy’s K-12 argument, Rex argued that if ASU doesn’t make these deals with private companies, the companies may not have come to the area at all.

ASU has been a major factor in making these areas attractive for both businesses and residents, Rex said, which has also led to issues like rising rent costs. But the issue isn’t just on ASU, he said, as the entire Valley has seen home prices and rent costs shoot up in recent years.

“I mean look at what’s happening with real estate prices here in Phoenix — not just in the immediate area of the campuses — but all over, people are being priced out by these huge, huge increases in both rents and home prices for the purchase,” Rex said.

Thorne, the ASU spokesperson, said economic pressures and the Arizona Legislature have encouraged Crow to find an entrepreneurial approach to University funding.

The president has made strategic decisions in response to decisions of the state government and ABOR, he said, decisions that have directed ASU “to act more entrepreneurially, to look at investments, to look at ways to run the University — my words not theirs — more like a business.”

This story is part of "The Crow Issue," a State Press Magazine project looking back at the past 20 years of Michael Crow's tenure as University president. See the entire publication here. 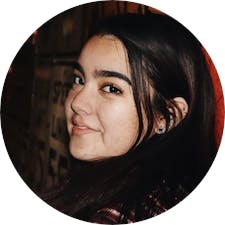 Jamie Montoya is a full-time podcast producer for The State Press. She is a sophomore at the Walter Cronkite School of Journalism and is passionate about capturing a diverse, honest and meaningful depiction of people and their experiences through multimedia journalism.

Alexis Waiss is an assignment editor and senior reporter, covering breaking news and writing long-form stories. Alexis worked on SP's politics desk for a year, where she reported on the Legislature, higher education policy, student government, the city of Tempe and stories highlighting social justice. She previously worked as a fellow for the Asian American Journalist Association's VOICES program. 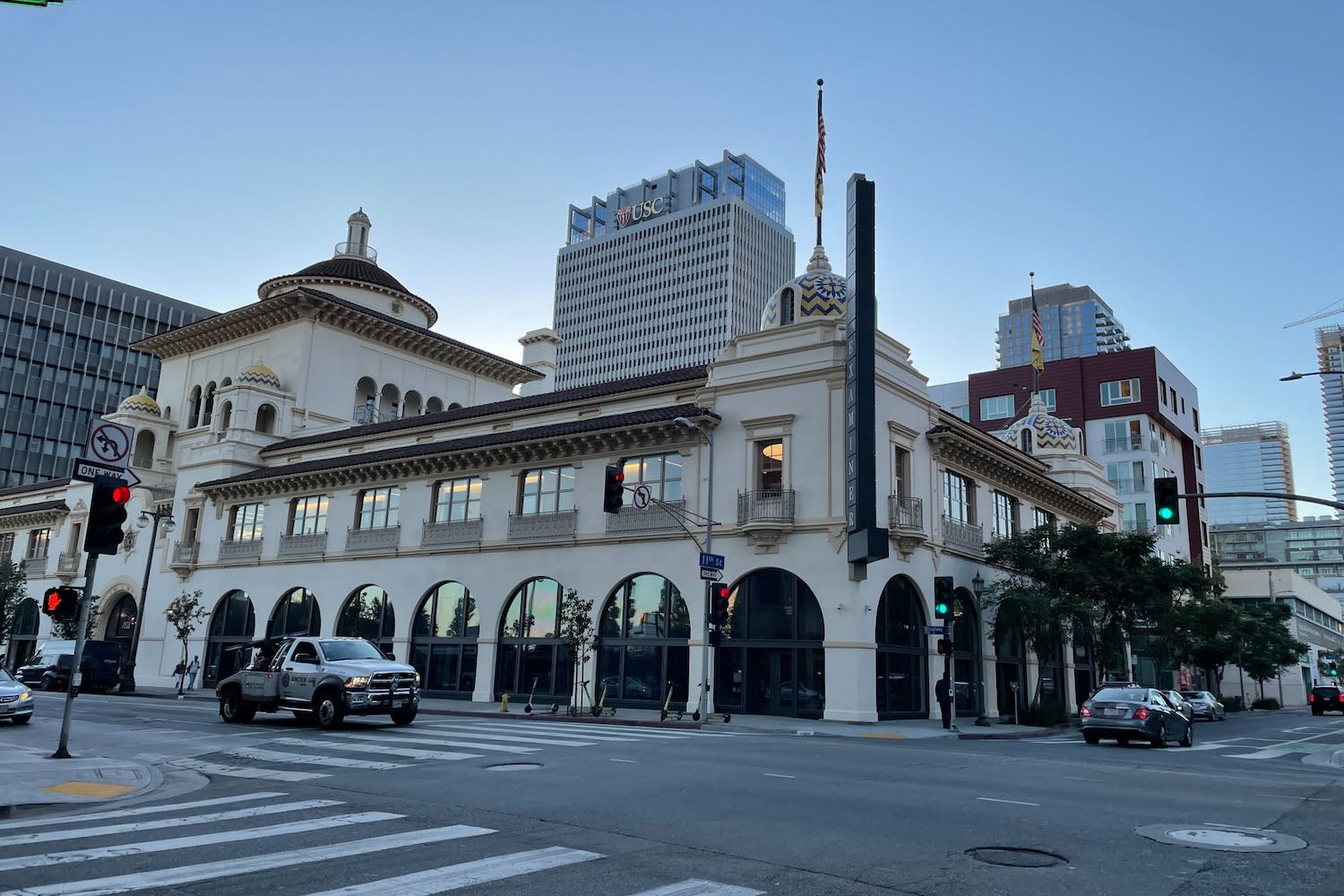