Insight: I found the queer community I was seeking at concerts

After years of experiencing my own queer identity in isolation, I found connection through the music of two incredible bands

I'm 13 and sitting on the bus as it drives to my middle school. The driver is blasting the radio at a volume entirely too loud for 7:30 a.m., but I don't really notice. I'm playing my music even louder. Gerard Way, the heartthrob of the teen and preteen emo world, and frontman for My Chemical Romance, is singing so loudly in my ear I can't hear anything else.

I never considered myself "emo," but something about My Chemical Romance's music called to me. Their lyrics captured my imagination and gripped my attention; I couldn't look away.

This past weekend, I was fortunate enough to see My Chemical Romance's reunion tour and Florence + the Machine's "Dance Fever" tour back to back. It was an amazing experience, one rife with incredible musical performances and intricate, dramatic stage displays.

This wasn't just a fun weekend of concerts though, this was an experience in watching my own understanding of my gender and sexuality play out on stage.

My love for both bands began in middle school when I was just starting to understand that no, I didn't like any of the boys in my class. I came out to my parents and friends in eighth grade, making me the first at my school by far. Even though my parents were wonderful and supportive, for several years I had no resources at school and no friends who shared my queer identity.

It was isolating. Even as I entered high school I struggled to find people who were as open to presenting queer as I was.

As a result, music became a huge comfort for me. In the early 2010s, the alternative and emo music scene was one of the only places where I found a voice for what I was feeling.

My Chemical Romance in particular had songs about the isolation, confusion and frustration that I felt. To me, their songs "Mama," "I'm Not Okay" and "Disenchanted" symbolized that struggle. "Disenchanted" in particular conveyed my feelings of disappointment and betrayal as I watched mainstream queer culture become more and more saturated by corporate influence, furthering the disconnect I felt between the community I saw and the experiences I was having.

I learned later that many queer people in a similar situation as me connected with those songs as well. So much so that "Mama" has become a notoriously queer song, especially among the transgender and genderqueer community. Way has stated he has dealt with gender dysphoria as well, giving many fans even more reason to resonate with the band.

With songs like "Girl with One Eye" and "Drumming Song," Florence Welch, the lead singer of Florence + the Machine, created songs I learned to identify with later. Through her, I felt my own chasm-like desire for the shared love of my community open up. She described an emptiness I was still looking to fill during my late high school and early college experience. Her song "Moderation" read me like a book, shouting my own fear at the enormity of my emotions for others back at me until I couldn't ignore it anymore.

I've found solid ground in college. I have queer friends to share my experiences with and I am so grateful to each and every one of them for giving me the support I needed, even if they are completely unaware of it.

That support didn't change the fact that going to both of these concerts reached an emotion inside me I didn't know I still had.

Before either performer began, I took some time to watch the crowd gather and socialize around me. At the My Chemical Romance performance, I saw person after person in dark makeup, combat boots and outfits that would make a Hot Topic inventory jealous.

I also saw queer couples and friends, all bouncing with excitement to be there. I saw trans flag buttons and stickers. I saw people in full cosplay, dressed up as many of the band's iconic characters and looks: Black Parade members, cheerleaders and nurses, all of which Way has also dressed in during previous performances.

The next night I saw dramatic makeup, flowing dresses and flower crowns in every row of the Florence + the Machine concert. While not as numerous, I saw queer couples there as well. I danced and screamed alongside them as Welsh sang about love and loneliness.

For two nights, I celebrated my own queer expression through music alongside strangers, and I've never felt so close to my community and culture.

It was as victorious as it was comforting, easing some anxiety in my mind that has lingered there since I first came out: My community was always there, singing the words right next to me, I just couldn't see them yet. 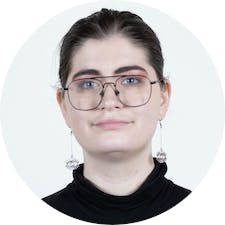 Claire van Doren is the Echo desk editor, using her English Literature and Journalism majors to bring insightful, thought-provoking pieces to The State Press. She has a deep love of storytelling that extends to articles, television, podcasts, and novels.