Navigating academics while juggling social events and still being able to cut loose with a little bit of fun is the average college student’s experience. They’re meant to be the best years of our lives. The height of adolescence and the peak just before we join the workforce as adults.

But as someone who has previously witnessed family members with drug addiction and alcoholism, going to college feels like navigating a minefield more days than it feels like a walk in the park.

I’ve watched a handful of relatives experience addiction and have always told myself I’d never allow myself to be dragged down that road. Up until this point, I’d never had any kind of temptation … that was until I came to ASU.

And while there’s nothing wrong with a little bit of fun during some of the last years before entering the real world, it’s definitely been harder for someone like me who has an addictive personality and an unlimited amount of access to substances that could potentially set me on a path worse than just harmless partying.

New York Times reporter and author of "Undoing Drugs," Maia Szalavitz said "(those) who ultimately develop addictions tend to be outliers in a number of measurable ways … it is extremes of personality and temperament — some of which are associated with talents, not deficits — that elevates risk."

It was no surprise that when I came to the "Harvard of the West" there’d be ragers, frat parties and house raves. It didn’t catch me off guard when I’d been invited to my first apartment party my freshman year and there was a wall of liquor bottles up for grabs, a table chock-full of Jell-O shots and a keg that was practically half my size.

The Devil’s Advocates definitely hadn’t warned me about any of these things, but it wasn’t hard to sum up what kind of nightlife the city of Tempe had in store for me.

I was, by no means, an alcoholic. But by my junior year, I began to notice my tolerance getting a little too high any time I downed a liquor shot with ease or chugged a margarita faster than I used to be able to.

It’s not fun waking up at 9 a.m. in a stranger’s apartment sprawled out on a stiff couch cushion. It doesn’t feel good having to throw up in a trash bin or toilet for hours afterward, and Gatorlyte can only do so much for that killer hangover you have the next day. It’s embarrassing having to watch Snaps and Instagram stories of yourself doing stupid things that you can’t even remember. It doesn’t feel fulfilling after you’ve gone to so many raves and heard the same loud EDM songs and taken shots of the same liquor every night.

Maybe for some people, this is the ultimate life — and by all means, don’t let me tell you how to live yours — but for someone like me who quite possibly could become addicted to these substances well past my formative years into my adult life, it’s not the best choice to surround myself in this kind of environment. I came to this school for a better education. A chance to dig my way out of the drugs and alcohol to make something for myself that doesn’t land me back into the same cycle I’ve watched so many others go down.

It’s no one’s responsibility here to coddle me, protect me or shield me away from the party scene. Only my own. This isn’t meant to inspire, pity or beg people to rethink the way they spend their time at this school because, frankly, it’s not my place. This is meant as a helping hand. To let other students who struggle with addiction or are at risk with an addictive personality know that they’re not alone and that there is always a way out of the bright LED lights and smokey haze.

People with addictive personalities are more than what the world tells them they’re at risk of becoming. And while ASU’s party scene has shown me the darker sides of that, it has also shown me the possibilities for growth and improvement to keep myself from something worse off. I'm grateful for the party scene to have helped me discover that so soon. 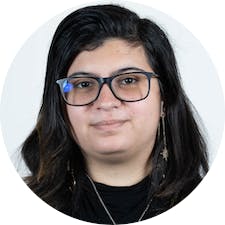