Racism is deeply rooted in the Latine community. In order for others to understand the community, we need to educate ourselves on what it means to be Latine and dismantle colorist ideas

I was sitting on the front doorstep, my knees covered in scrapes and bruises after biking around the neighborhood with my friends for hours. It was just about the time Mom got home from work — I always waited for her to come home so I could give her a big hug and tell her about what I learned at school earlier that day.

Mom’s 2008 blue-green Toyota Corolla pulled into the driveway and she climbed out, wearing her big sunglasses and holding her oversized purse. Those sunglasses were so big on me, they made me look like a fly. I knew I’d grow into them eventually.

“What are you doing outside?” Mom said. “Go inside, or at least in the shade. You’re going to get darker than you already are.”

Mom always commented on the color of my skin. My half-sister, from a different father, has fair skin and light brown hair — traits she inherited from her father. My father didn’t provide me with those allegedly “good” traits.

Mom said if I stayed inside and kept away from the sun my skin would become lighter. I never really saw an issue with the color of my skin. I liked playing outside and exploring the nearby lakes in swampy Lakeland, Florida.

Mom has the same skin color I do, and I think it’s beautiful. But I listened to her and tried to stay in the shade whenever I could find some. She knows what’s best for me, after all. 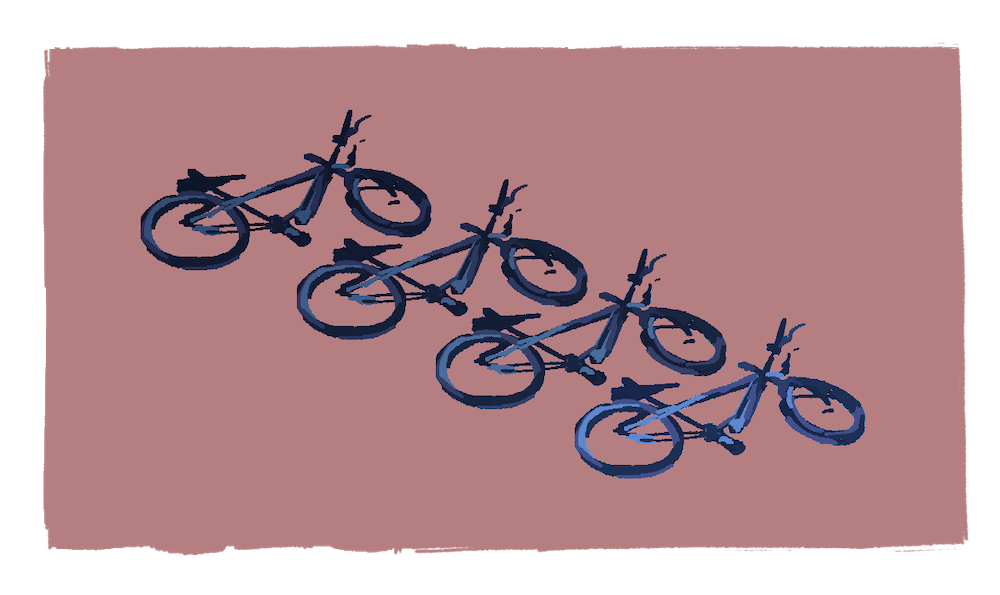 As I grew older, my skin got a bit lighter, and my family was thrilled. It’s almost as if they thought being mistaken for white was a great thing.

The reality is my family members’ points of view didn’t come from a malicious place — their past experiences with colorism, and the way they’ve seen people with darker complexions treated, has conditioned them to want to be whiter.

Edward Vargas, an assistant professor at ASU’s School of Transborder Studies, focuses his studies on the correlation between the potential benefits of having lighter skin or being socially assigned as white.

“Turns out that this idea of ascribed race or socially assigned race or street race, it may matter more for your health and your well-being than you’d think,” Vargas said. “Whether or not you get discriminated against at a health clinic,  it matters because the assumption is that if you're dark, they treat you differently.”

Socially assigned race, or street race, is the concept that someone of a certain ethnicity can be mistaken for another racial or ethnic identity based on their appearance alone.

“This idea of street race is, in other words, if you're walking down the street, what race other people would assume you were by just looking at you.” Vargas said.

The Latine desire to be perceived as white stems from Spanish colonization in what is now Latin America. Vargas refers to this as pigmentocracy — a term referring to the hierarchical value placed on skin color.

In an essay on pigmentocracy, Trudier Harris, a literary scholar and professor emeritus at the University of Alabama, argues that while the word has only come into widespread use in the past few decades, the concept has been prevalent throughout history.

The tendency to favor lighter-skinned people was also prevalent throughout Spain’s colonization of South and Central America and the Caribbean, and was ingrained into Spanish colonial society. 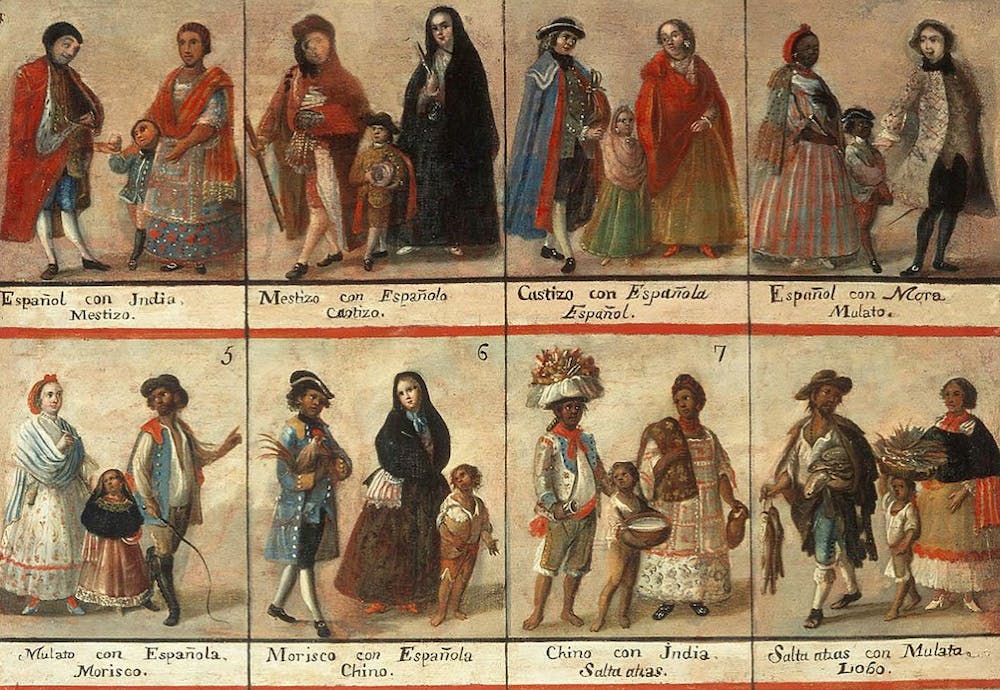 The Spanish caste system forcibly organized the territory of New Spain, present-day Latin America, into race-based classes, which largely determined quality of life. In New Spain, race determined your education level, occupation, how much money you made, how much you paid in taxes, who you could marry and whether you were legally free.

New Spain’s caste system prioritized those of Spanish descent, with Spaniards from Spain making up the upper class peninsulares. Below peninsulares were mestizos, mulattoes, indios and negros, who made up New Spain’s large lower class. Mestizos were people with a Spanish parent and Native parent and mulattoes were people with a Spanish parent and a Black parent. Indios were Indigenous people, and negros referred to Black people in New Spain, who were largely enslaved by the Spanish.

These terms never escaped Latine culture – indio, mestizo, and negro are still commonly used today, sometimes masquerading as terms of endearment. These terms and others that also reference the color of someone’s skin are used as microaggressions as well.

Because of my darker complexion as a child, I was no stranger to these terms, even at a young age. “Estas bien prieta, deja de salir,” or “Te has vuelto mucho más quemada desde la última vez que te vi, que paso?”

Eugenics is the idea that humans can be improved through selective breeding of populations, and is present in many parts of the world. In Latin America, eugenics in Mexico became prominent after philosopher José Vasconcelos published his essay, “La raza cósmica,” in 1925.

In “La raza cósmica,” Vasconcelos described the idea of racial mixing as a way to “elevate” the Indigenous and other “inferior” races to the “superior,” Europeanized mestizo.

“The inferior races, by educating themselves, would become less prolific, and the best specimens would ascend a scale of ethnic improvement, whose ultimate type is not precisely the white, but that new race, to which the white himself will have to aspire,” Vasconcelos wrote.

Vasconcelos and other Latin American philosophers who believed in these racist ideas helped the mestizo racial category become the ideal within Latine culture, cementing the colorist notion that lighter skin is “better.”

These issues became most apparent to me as a child, when I was living in a household with my Cuban stepfather, a white man who had green eyes and light brown hair. Being Mexican with mestiza lineage while surrounded by white Cubans made me stand out — and it made me hyper-aware of the racial disparities within the Latine community itself.

Growing up surrounded by Latines of many different races, I witnessed my own white Cuban stepfather make racist comments about Black Cubans. Words like "negro,” “morado,” and “prieto” were thrown around constantly at family gatherings.

It wasn’t uncommon to see white Latines make racist comments toward other Latines. These interactions further confuse the already muddy “Latino” umbrella term — we are all so different, it often doesn’t make sense to refer to us as a race.

Afro-Latinos often face a unique struggle with identity. While the term “Latino” is all-encompassing and inclusive, Latines in the U.S. often fail to recognize that “Latino” isn’t a race. Vargas said that this is because the term has only been popularized recently in the U.S., replacing the term “Hispanic” in some instances.  1980 saw the federal government’s first use of “Hispanic” in a census. 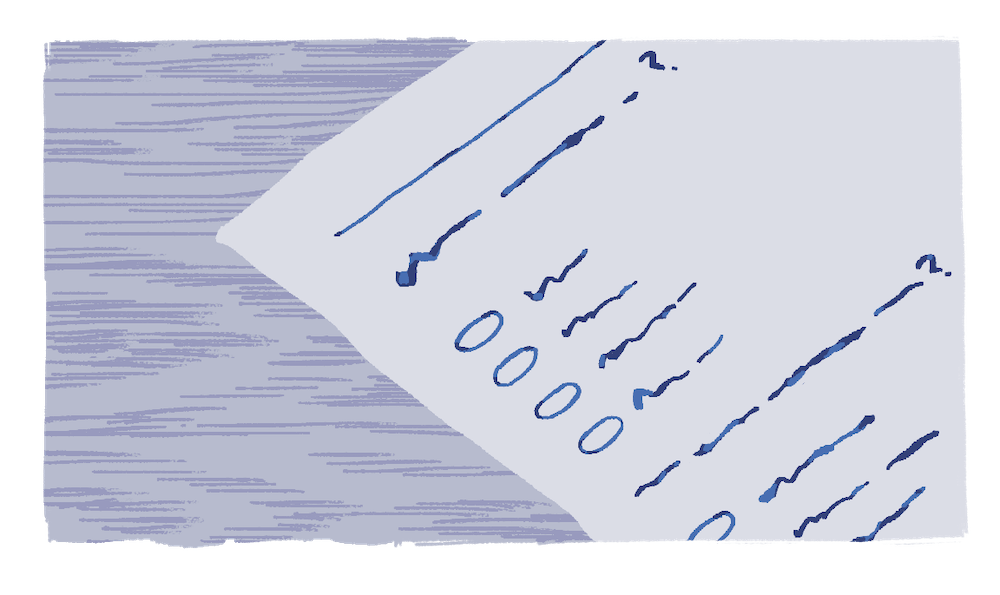 When I moved to Arizona in 2012, where the overwhelming majority of Latines in the state would be considered mestizos who have Mexican ancestry, I noticed a lack of knowledge from my peers about diversity within the Latine community.

This became most noticeable during standardized testing, when test takers are prompted to fill in a bubble that best describes what race they identify as.

“Where’s the Mexican option?” and “why aren’t Latino or Hispanic on here?” were the most common questions I’d hear my peers ask. This misunderstanding stems from the popular use of “La Raza” within the Latine community, particularly among Mexican people. “La Raza” excludes anyone in the community who isn’t mestizo and oversimplifies what it means to be Latine.

In a 2020 piece she wrote for the North American Congress on Latin America entitled “Dismantling Anti-Blackness Together,” Lorgia García Peña, a professor of Latinx Studies at Tufts University, discusses anti-Blackness within the Latine community.

García Peña argues that Afro-Latinos in the U.S. experience double exclusion — not feeling included in either the Latino or Black community. They’re made to feel either “too Black” to be Latino or “too foreign” to identify as Black Americans.

“The common practice of referring to Latino/a/xs as a race — rather than as an arbitrary conglomerate of ethic and racially diverse peoples who trace their origins to Latin America — further erases Black Latinxs from literally every space, institution, and possibility of representation,” García Peña wrote.

It’s our job as a community to be knowledgeable about other Latines — we’re all incredibly different, but we also share languages, geographical areas and some forms of discrimination.

I witness my Afro-Cuban friends constantly get confused, pointed remarks from white people like: “Are you Black or Hispanic?” The most concerning aspect of this question is there are Latines who also wonder the same thing. Often, Latines who aren’t Mexican typically get referred to as Mexican by Latines and non-Latines alike.

In a world where Latines often have to fight for representation, we ourselves need to learn, understand and respect our differences in order to inform people outside of our community. We can’t make progress while a good portion of Latines don’t understand how and why “Latine” isn’t a race. We, as a community of Latines, need to progress past outdated colonialist standards and stop trying to be whiter than we are.

Author’s note: The use of “Latine” in this article serves a purpose; "Latine” is a gender-neutral alternative to Latino/a. The term was created by gender non-binary and feminist activists in Latin America, and seeks to remove gender from Spanish by replacing it with an “e,” which is gender-neutral in Spanish and present in words like “presidente.” Language changes over time and is complicated. In order to truly be inclusive, we must also be accommodating to Latine people from all walks of life.

This story is part of The Community Issue, which was published on Nov. 30, 2022. See the entire publication here. 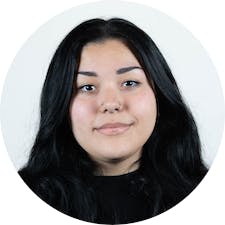 Brenda Muñoz Murguia is a digital producer and editor for the La Prensa desk at The State Press. She has previously worked for Cronkite News as a digital reporter.