Students who took a fall of 2022 course working with the Arizona Cardinals will have the opportunity to work at Super Bowl LVII in February.

Students enrolled in iCourse PRM 494/487 met at the State Farm Stadium in Glendale, home of the Cardinals, to learn about event management and operations. The students were paid by the Cardinals for the semester on top of earning college credit. Eligible students will also work at the upcoming Super Bowl LVII.

The class also featured weekly educational sessions involving a panel of staff members from the Arizona Cardinals, who shared their knowledge on event management.

The instructor and developer of the course, Erin Schneiderman, is a clinical assistant professor for the School of Community Resources and Development.

As a pilot program, Schneiderman thought PRM 494/487 would make a useful course for the students to become a part of the Arizona Cardinals team while learning about special events and operations.

The course offered hands-on, experiential learning for the students that will “help propel them towards the next steps in their academic and professional careers,” Schneiderman said. “The class exceeded all of my expectations."

The students got to see the inner workings of the Cardinals and the effort of those who work everyday to support the team and the fan base.

Luis Pintor Zavaleta, a senior and management and business tourism major who took the course, said he was able to connect with a wide market of people and given many chances to get involved beyond the course.

"There were people who were willing to teach us and willing to come talk to us and see if there's any other opportunities that we would want within the Arizona Cardinals or State Farm Stadium," Zavaleta said.

Zavaleta said that everything he learned will be transferable anywhere, whether that be in simple interactions with people or in his future career.

Working the events gave Jolynn Oprea, a December 2022 graduate who majored in family and human development, gave an insight into the operation of large-scale events.

“There's always more people behind the scenes than you can even imagine. And there's always people who are willing to help, you just have to ask for it,” Oprea said.

Zavaleta, Oprea and Jeneca Kostad, a senior majoring in business tourism and accountancy, will all be working at the upcoming Super Bowl LVII on Feb. 12.

Kostad believes that the course is one that is unlike any other ASU has to offer.

“These opportunities allow students to enhance their college experiences, stepping outside their comfort zone or just trying something new,” Kostad said.

The Arizona Cardinals Rotational Program (PRM 494) course will be offered again in the fall of 2023 due to its success last fall. Registration for next fall will begin on February 23, 2023. 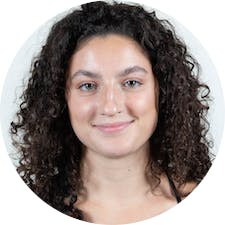 Claire Le Gallo is a reporter for the Community and Culture desk at The State Press. She is a sophomore majoring in Journalism and Anthropology.