ASU men's basketball had the opportunity to make a statement in Oregon this past weekend. It delivered, defeating Oregon 90-73 in Eugene on Thursday and Oregon State 74-69 in Corvallis on Saturday.

The Sun Devils began their road trip against the Oregon Ducks and immediately caught fire, shooting 8-17 from 3-point range in the first half and bringing a 46-29 lead into halftime.

"We were just clicking on offense," head coach Bobby Hurley said of his team’s first-half performance. "We were spreading the wealth to different guys. We were making shots and making plays and assisted baskets. It was coming in the half-court and transition." 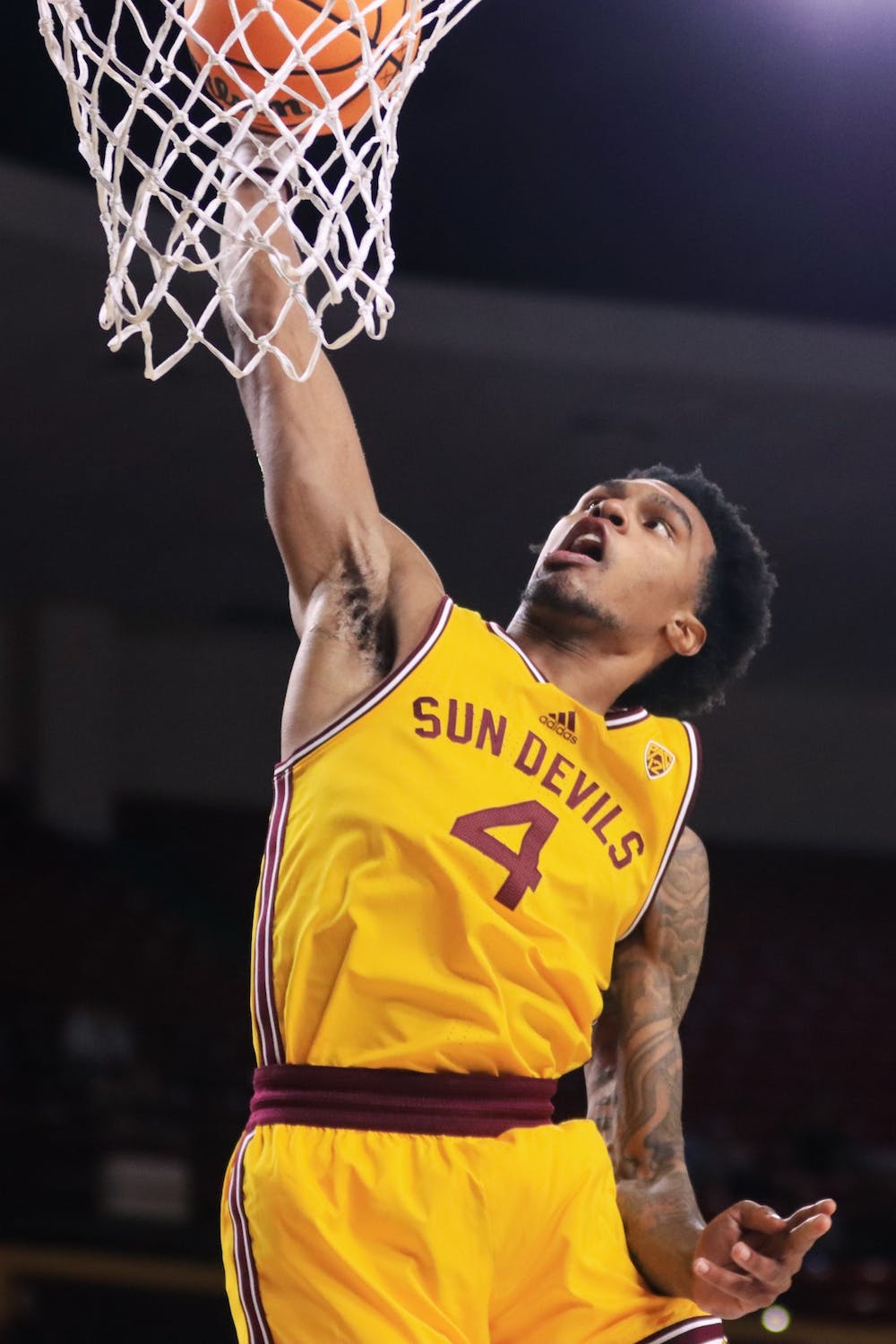 ASU's solid offensive performance carried over into the second half, where it shot 14-29 overall with 11 free throws and did not let Oregon within 20 points until less than five minutes remaining.

"They looked like the original Golden State Warriors," he said of ASU's prolific shooting against Oregon. "When you saw the score, you thought maybe Oregon didn't play well, and then you watch the film, and I've never seen anything like that. Their display of shooting was unbelievable."

"DJ (Horne) and I, we're shooters first," said Cambridge Jr. after the win. "When you see it go in a couple of times, you're trying just to ride that wave and momentum until you miss a couple."

The Beavers took an early 17-5 lead behind a hot start from forward Michael Rataj, who scored or assisted on 13 of Oregon State's first 17 points.

The early deficit led Hurley to substitute in his bench unit, which slowly began to chip away at Oregon State's lead. Buckets from Austin Nunez, Alonzo Gaffney and Jamiya Neal helped stifle the Beavers' momentum and began a 34-25 ASU run to finish the half, which brought the halftime deficit to just three.

ASU's defense led the way in the second half, holding Oregon State to 27 points on just 8-27 from the field.

After ASU took control of the game with a 68-60 lead with just under three minutes remaining, the Beavers responded with seven unanswered points in less than a minute to bring the ASU lead down to one with 1:44 left.

After a flurry of free throws from both teams, Oregon State had the ball down 72-69 with eight seconds left. Collins intercepted a pass with two seconds left to seal a sweep of Oregon schools for ASU.

Hurley said the steal was a fitting way to clinch the game for a player whose defense has been reliable throughout the season.

"He's been a constant on-the-ball defender for us, so it's not like he just showed up for that possession and got it done," Hurley said. "It was a really good defensive play."

Cambridge Jr. put up another 21-point performance along with his two blocks. Devan Cambridge had 13 points and eight rebounds and Horne tallied nine points and four assists.

The win gave ASU its first road sweep of the Oregon schools since the 2009-10 season and its third road Pac-12 win.

ASU now sits at 6-1 in the Pac-12, giving the school sole possession of second place in the conference. The Sun Devils play first-place UCLA (7-0) Thursday at 8:30 p.m. at Desert Financial Arena.