Short-lived buzz about domestic violence circulated when photos of bruised and battered Rihanna reached the Internet, and now a professor and her students are creating a buzz on campus that they hope will last.

Women and Gender Studies professor Alesha Durfee and her students are behind the Go Purple Concert planned for Wednesday. The group aims to spread awareness about domestic violence.

The 10 students are organizing the concert as a project for Durfee’s WST 375 — Women & Social Change class.

“I decided to make course requirements include planning and organizing an event for social change,” Durfee said.

The Go Purple Concert will feature two local bands, Cooper Point and The Final, hitting the Memorial Union stage from 11 a.m. to 1:30 p.m. on Wednesday.

“We’ll be handing out purple ribbons, purple bracelets, cupcakes and water bottles with domestic abuse statistics on them,” said political science senior Tina Rajavelu, an organizer for the event.

Rajavelu and the nine other students organizing the event get credit for increasing awareness of a prevalent social issue.

“We had complete control of the event,” Rajavelu said.

The group of students received funding from the Womyn's Coalition and the Women and Gender Studies department, and the concert is in partnership with the Purple Ribbon Council.

“Our biggest goal is increasing awareness of Purple Ribbon Council,” she said.

Donna Bartos founded the Purple Ribbon Council in 2006 to stop domestic violence by spreading the knowledge that women have the power to break the silence.

The color purple is one that students and Bartos hope people come to associate with ending domestic violence, much like what the pink ribbon means for breast cancer.

“Domestic abuse is probably one of the biggest social issues we face,” Bartos said. “35 percent of people who are victims don’t break their silence.”

Bartos regularly visits women and gender studies classes and talks to students about domestic violence and the capacity for change.

“The only way we’re going to stop domestic abuse and dating violence is if we start now,” Bartos said.

More women are conscious of the danger of falling into an abusive relationship and realize they don't have to stay in it, Durfee said, which is why continuing to spread this awareness is so important.

Rajavelu is excited at the prospect of bringing awareness of domestic violence into the ASU community.

“Educating can prevent it because a lot of people don’t even know when they’re in the situation,” Rajavelu said.

Reach the reporter at ktenagli@asu.edu 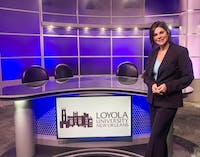 By Wyatt Myskow and Piper Hansen | 4 minutes ago

What is the legal basis, purpose, controversy and ...

ASU Islamic community rallies for love and tolerance ...
Previous Next
×