Immediately following the Arizona Presidential Preference elections on March 22, Arizona representatives scheduled a meeting to investigate what led to reduced poll locations from over 200 stations in 2012, to only 60 in 2016.

“I want to begin by again apologizing for what took place on March 22, for the long lines, for the inconvenience (we put on) our voters,” Purcell said in the meeting. “It was my responsibility to put this election on in Maricopa County and we obviously made some mistakes.”

The reduction in polls caused lines in which voters waited 3-6 hours before they could cast their ballots. Some reports of elderly voters fainting and disabled persons not being able to vote due to long waits in line came to the forefront of the night's news coverage.

Of the 60 polling locations, none were in Rep. Jonathan Larkin’s legislative district 30, which rests in south Phoenix between Dunlap Avenue and Adams Street along Interstate 17. Nearly 100 audience members mentioned “disenfranchisement.”

These audience members also said only affluent areas received polling locations, while in other areas polls were absent.

Voters’ registration also came into question, with the House Committee placing blame on Purcell’s staff inputting wrong information for hundreds of people. Some voters would arrive at the polls and their identification would be switched from Democrat to Republican, or from Democrat to Independent, and any other combination in between.

Rep. Michelle Ugenti-Rita, who chairs the House Committee meetings, asked Purcell why the polls were cut so drastically, and Purcell said there were more voters who showed up to the polls than the recorder's office expected.

“The increase from 2008-2016 in the number of people who are eligible are on the permanent voting list,” Purcell said. “Those people will already be getting a ballot and they obviously should not be going to the polls on Election Day.” 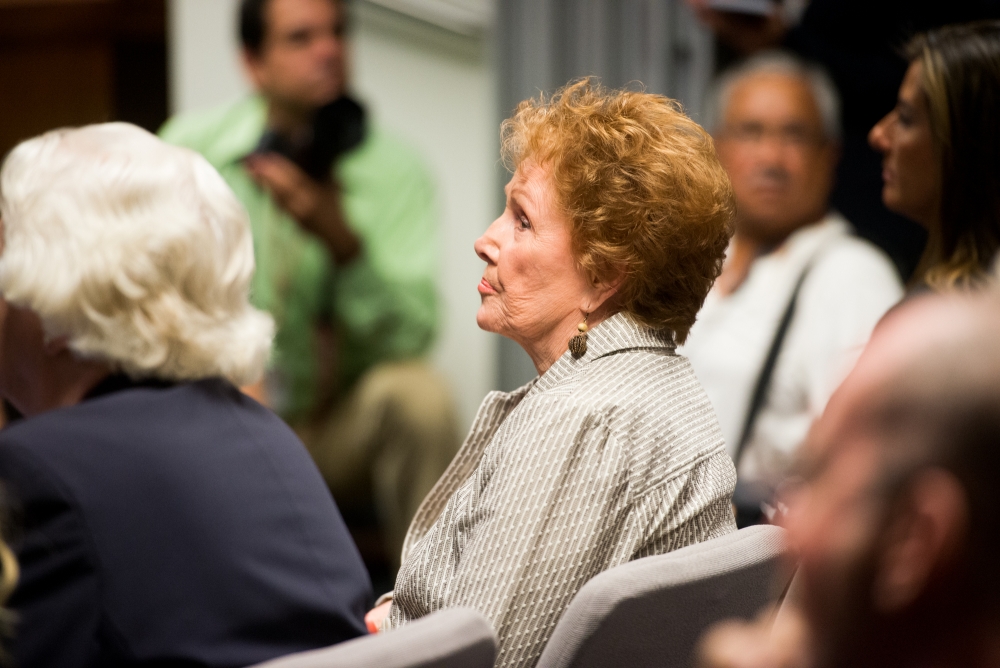 Larkin said the recorder's office should have been more prepared, as there were many campaigns in Arizona throughout the last few weeks.

“We saw Trump rallies — we saw people come out for Hillary (Clinton), saw thousands for Bernie (Sanders) and I don’t understand why that wasn’t calculated in your polls,” Larkin said.

Purcell said the recorder's office set up polls well in advance and weren’t aware that the campaigns would bring so many voters to the polls.

Purcell said the office had bills in the legislature  — though she did not cite a specific bill or whether or not they were passed — and that they still weren’t able to receive proper funding. She said they received no word from the governor’s office on whether they would receive funding.

When Clark asked Purcell if the Department of Justice would have been OK with there being over 2,000 people in one polling location, Purcell said, “I didn’t think of that.”

Shayna Stevens, the executive director of the Arizona Students Association, was the first public speaker of the day, and said students' abilities to vote were hindered by the polling process this year.

“One of the things we work on every single year is registering students to vote and ensuring that they are civically engaged in our governmental processes,” Stevens said. “A lot of their ability to be engaged and actually vote in this election was inhibited.”

Reagan, like Purcell, also apologized to the public. Reagan said one of the polling websites, Voterview, was not working, and that they are "taking steps right now to make sure it is working for the May 17 election." 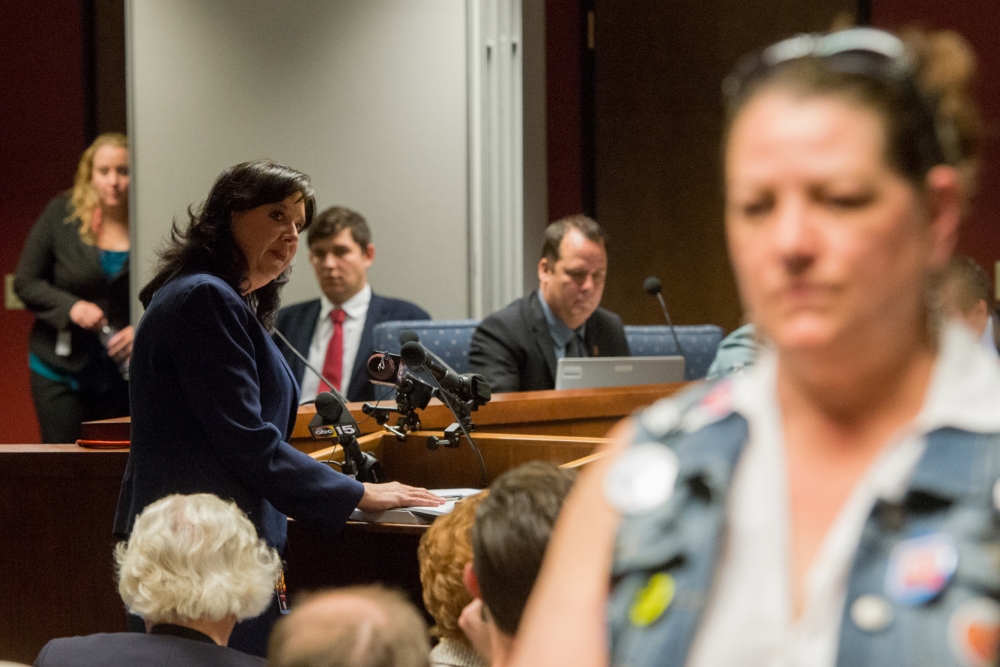 She also said the website did not allow lowercase writing for the driver’s license number, meaning that when people tried to check their license number and verify their voting eligibility, the site would fail.

She also said the website prematurely called the election results, despite there being thousands of voters still in line.

“I’ll take responsibility for when our website said 100 percent precinct reporting, and that will be fixed,” Reagan said. “They called (the race) because they were doing math.”

Reagan referenced the proposed state budget which would allow her the proper funding for the elections, but after this election cycle, the parties would have to find their own source of money.

“If an election is going to be funded by the taxpayers than every voter should be allowed to participate,” Reagan said.

ASU students can attend public meetings that will be held in Tempe and the South Scottsdale area if they had any issues voting in the presidential preference election and want to express their opinions to public officials.