10 facts about ASU you may not know

ASU has a long, storied history, and there are many things you may not know about the campus you walk through everyday. Here are just a few. 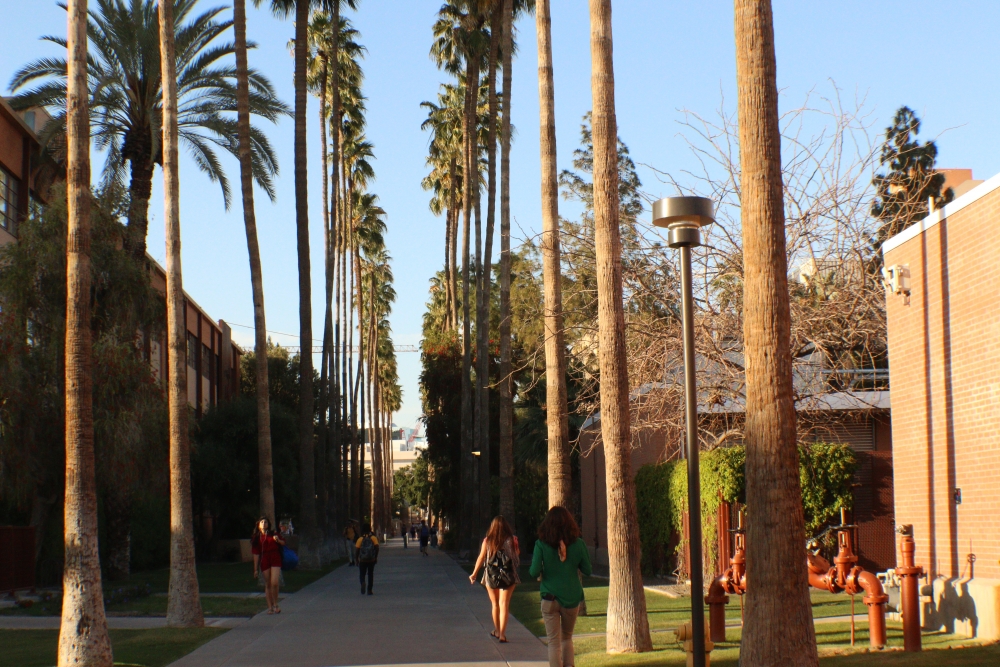 According to ASU, the campus houses over 300 date palm trees in over 40 varieties. In fact, the iconic Palm Walk turns 100 years old this year. The idea to plant palm trees on campus came from former ASU President Arthur John Matthews, according to ASU Now. 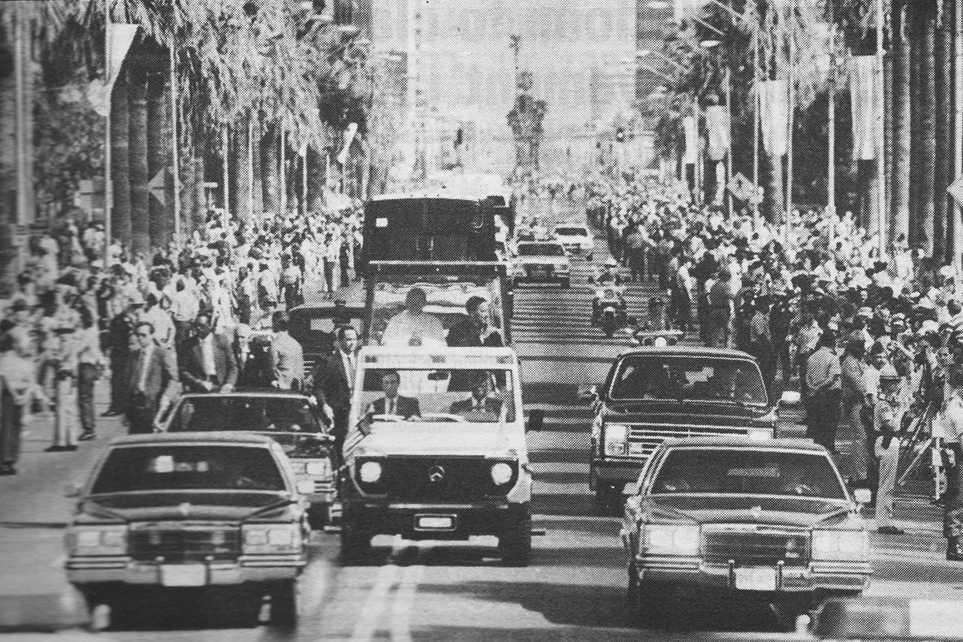 If you didn't know this, don't worry — the visit took place decades ago. As part of his tour of the U.S. in 1987, Pope John Paul II held a mass at Sun Devil Stadium. The Pope asked the University to cover any mention of Sparky and his pitchfork for the event. Pope John Paul II was the first and only Pope to visit Arizona. 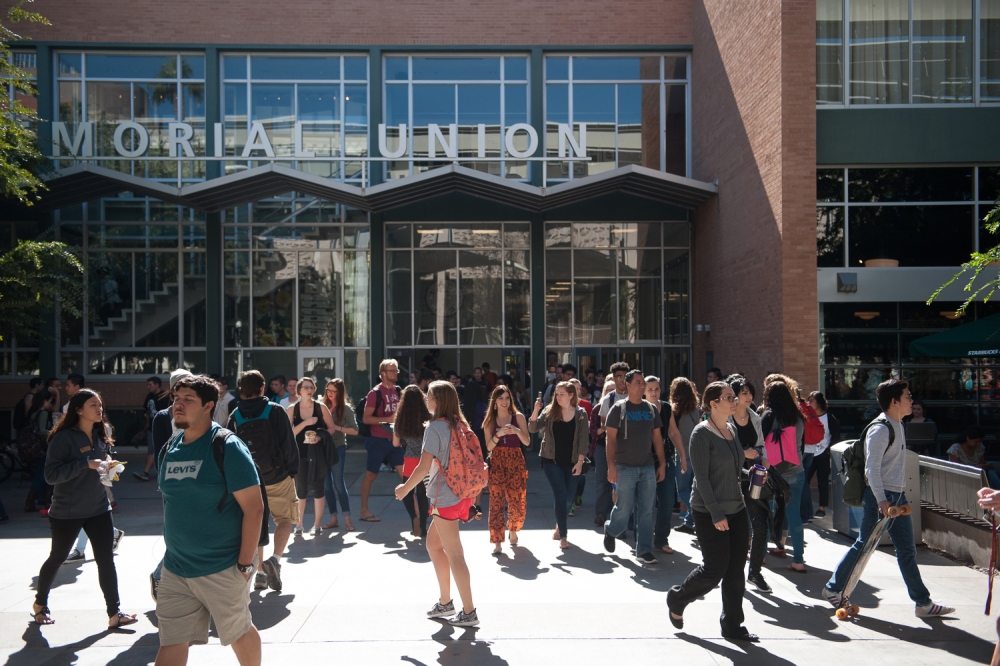 4. Some ASU buildings may be haunted 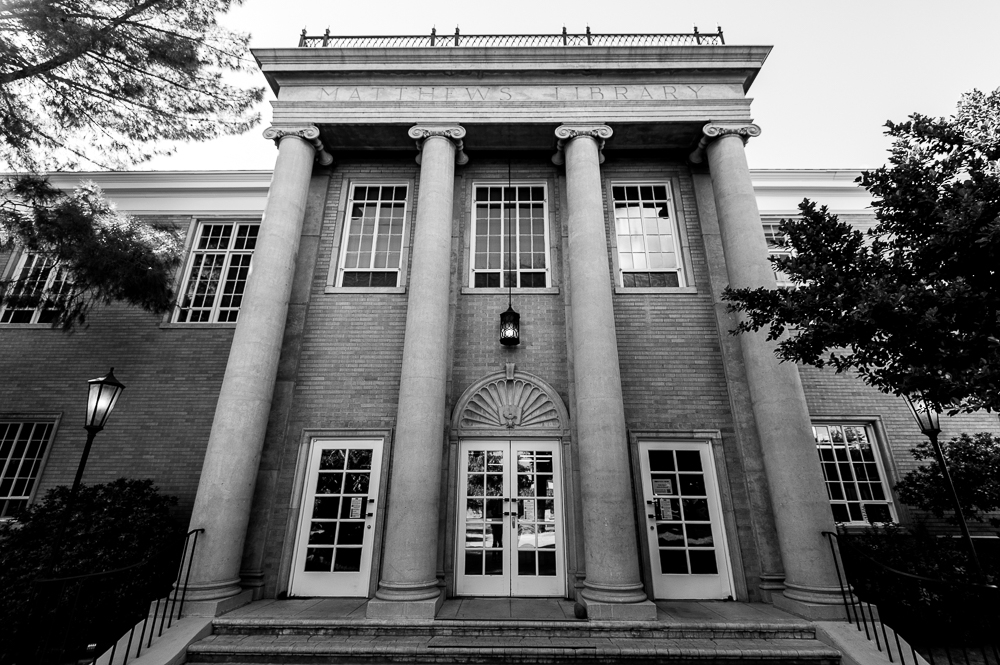 Some campus buildings have been here for decades, so there's bound to be a few stories floating around. Faculty and students have reported several ghost sightings at the Matthews Center, the Community Services Building, the Virginia G. Piper Writers House and other buildings to ASU officials. In 2011, ASU Now compiled a list of the most frequent "sightings."

5. The first ever class on campus was composed of just 33 people 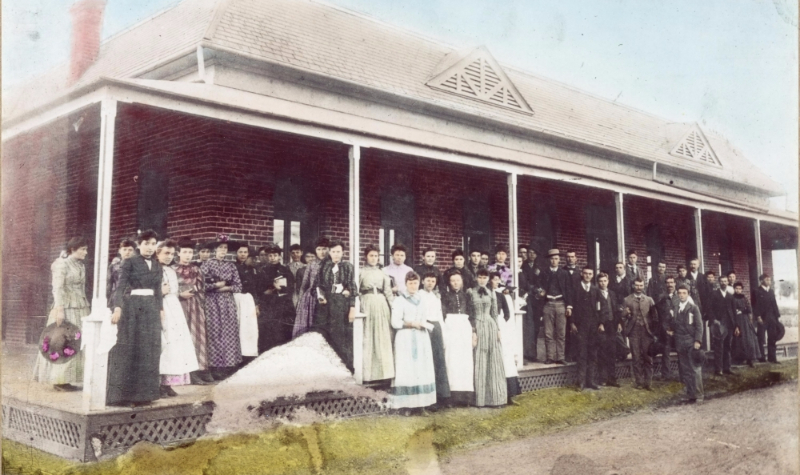 Shortly after the Territorial Normal School was founded in 1885, first principal Hiram Bradford Farmer held the first class on campus. According to Arizona Archives Online, the class was held in the four-room Normal School Building. The class was the first group of students to be educated at what was originally a teachers college.

6. ASU and UA annually compete for the oldest trophy in NCAA history 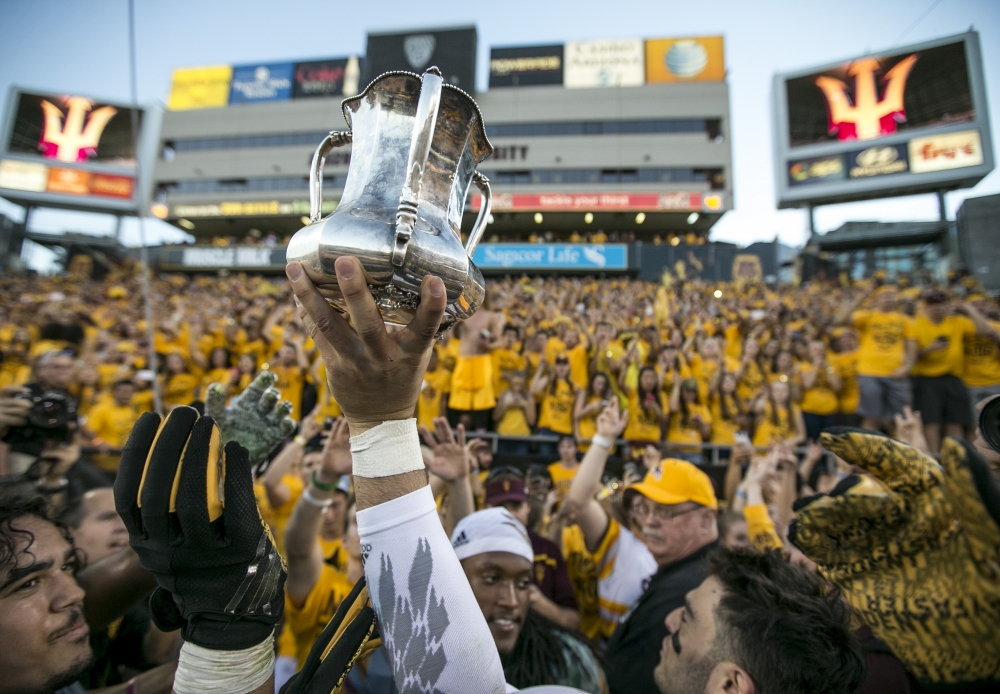 You may know this game better as the "Territorial Cup," the annual rivalry game between ASU football and UA. The two teams originally met on Thanksgiving day of 1899. In their first meeting, the Territorial Normal School defeated UA 11-2, according to Sun Devil Athletics.

7. Sun Devil Stadium is the only football stadium between two mountains 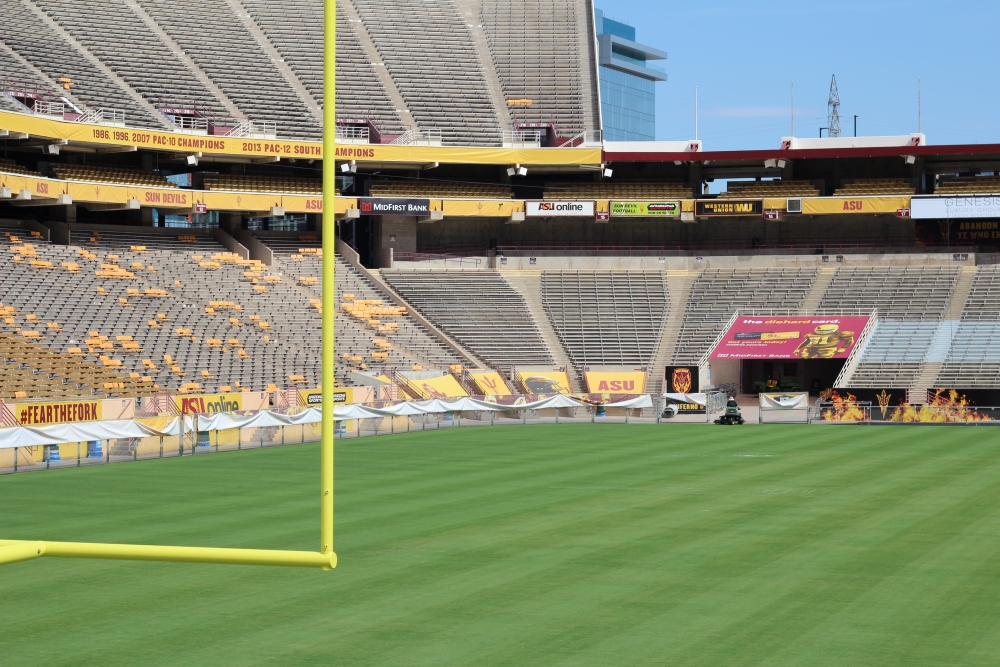 When the stadium was built in between the Tempe Buttes in 1958, it was originally known as Frank Kush Field, named after the former ASU football coach. Today, the 122 foot tall stadium remains the only playing field located between two mountains.

8. Cows once moo-ved about campus 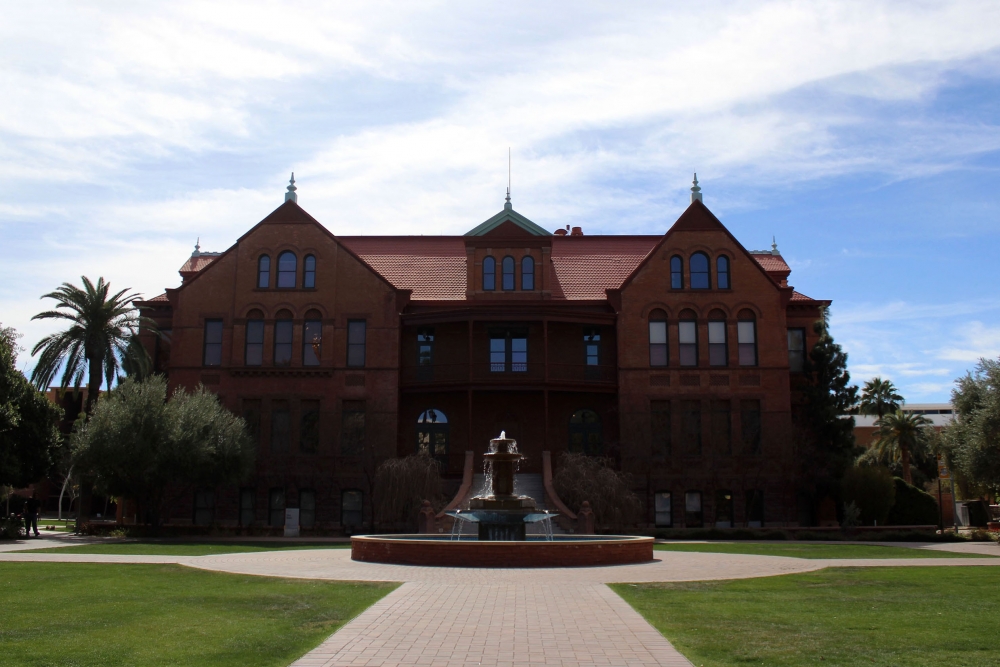 The Territorial Normal School campus was built upon five acres of a 20-acre cow pasture donated by George Wilson. Wilson was a pioneer butcher who slaughtered cows he kept on his pasture. According to ASU, it would not be uncommon to see cows wandering near campus. The School would eventually purchase the entire pasture from Wilson and expand upon that for decades to come.

9. You can find human remains on campus 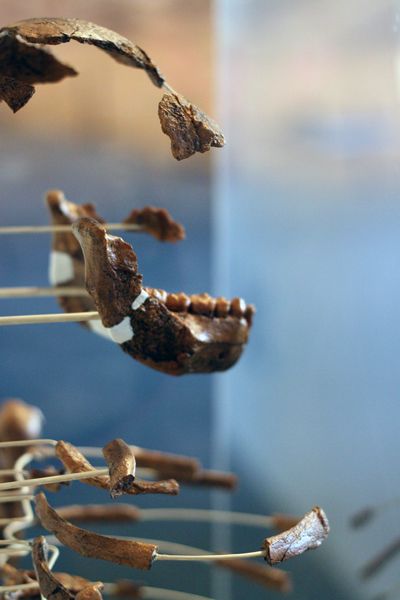 Don't worry, there aren't any fresh remains, that we know of, buried around campus. ASU's School of Human Evolution and Social Change, located next to the A.J. Matthews Center, stores and maintains some of its anthropology collections in its facility and the Matthews Center, according to ASU.

10. Sparky was not the original mascot 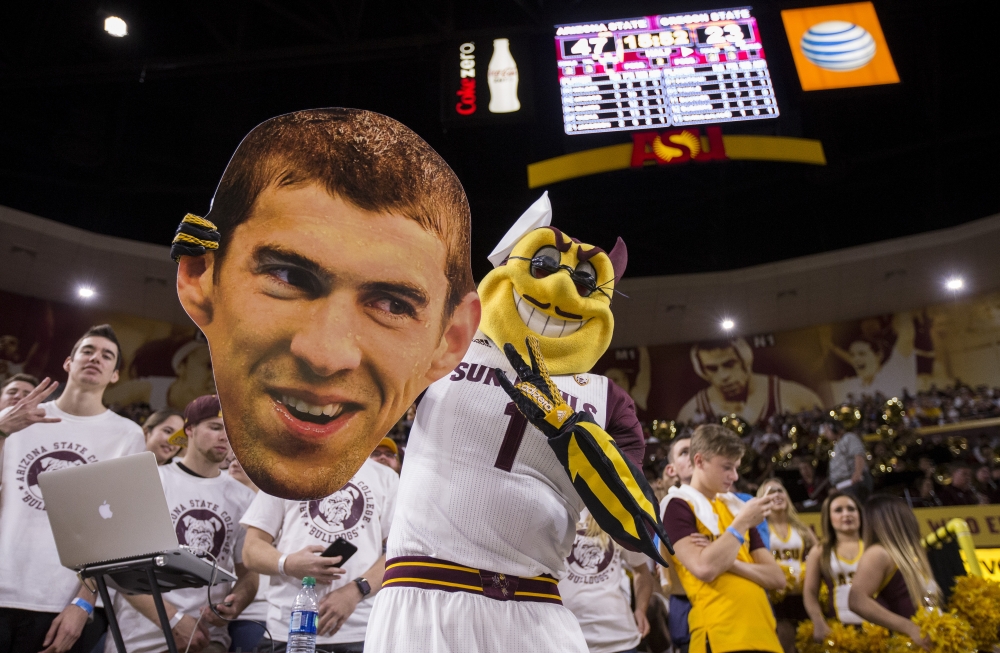 As previously mentioned, the University has since expanded and changed its identity throughout the decades after its founding. During the Tempe Normal School era in 1891, the athletic clubs who represented the teachers college were known as the "Normals." The school then changed its mascot to the Owls in 1899 and then to the Bulldogs in 1922. It wasn't until 1951 when the concept of Sparky the Sun Devil, which was drawn by Walt Disney, was brought to life and became the official mascot of the University.