Rome wasn't built in a day ... and neither was ASU.

ASU may have been voted the most innovative school in the nation, but I'm still waiting for a list of universities voted most likely to be the the modern incarnation of Ancient Rome. Here are five reasons why ASU would be number one on that list.

Adjacent to Tempe Town Lake, Sun Devil Stadium resides at the edge of the Tempe campus near the Veterans Way/College Avenue Light Rail Stop. It's as iconic to ASU as the Colosseum is to Rome. Okay, so maybe Sun Devil Stadium wasn't funded by the opulent spoils from the Jewish Temple in Jerusalem, but it is similar to the Roman Colosseum with a capacity of 65,870 seats – the Colosseum holding between 50,000 and 80,000 people at a time.

Their mutual love for man-made bodies of water

Phoenix is home to around 1,400 artificial lakes, according to a report by CAP LTER with Tempe Town Lake being one of the first things visitors see, driving toward the Tempe Campus. Rome had a similar affinity for man-made bodies of water with Portus, a large artificial harbor located on the north bank of the mouth of the Tiber and the man-made lake located inside Dormus Aurea.

Cats were first brought to Rome in the Fifth Century B.C. through trade with Egypt but didn't start to grow popular until the Second Century A.D. They were desired for their ability to control the rodent population. Today, stray cats can be found scattered across the old Forum as well as the Colosseum because of an Italian law allowing cats to reside without being disturbed. ASU has their own feline population with one colony that resides near the Adelphi Commons. Mildcats, an ASU organization, has been taking care of these cats since 2002. 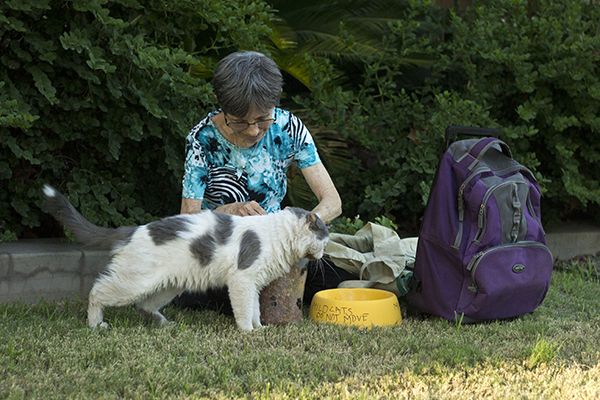 Warfare between the Romans and the Parthians/Sassanids lasted for several centuries but was relatively stable with a constant tug-of-war-like rivalry. ASU has a similar rivalry to UA with members of both schools coming at each other with pranks and verbal attacks at football games. The scene below reminds me of interactions I've seen between UA and ASU fans.

They say Rome wasn't built in a day. Well, that's also true for ASU. The Roman Empire reached its territorial peak in 177 A.D., spanning 2.5 million square miles with a population of around 1 million. ASU spans around four campuses — with an additional location in Lake Havasu — and more than 80,000 students, making it the largest university in the U.S. ASU also plans add a downtown Mesa campus, which shows the University haven't even reached its peak yet.

The Sun Never Sets on the Roman Empire

Greeks and Romans: dead, but immortal

Opinion: ASU men's basketball can still have a historic season