With a core in musical therapy, this group empowers its students through various outlets from rhythmic exercises to songwriting

What started more than four years ago as a Barrett Honors College thesis has developed into a choir full of students and young adults striving to empower others through music.

Rainbow Connection is a musical group in which students, both with and without an autism diagnosis, can sing together and create an atmosphere where everyone feels accepted.

Danielle Medrano, a fourth year student, and Ruihao Zhang, a second-year student, are co-leaders of Rainbow Connection and are both in their second year of ASU’s music therapy program.

Medrano defined music therapy as a profession using different music intervention techniques to achieve non-music-related goals. Each person can have various goals depending on their diagnosis. For example, someone with autism may use music differently than someone with PTSD.

Music therapy creates music intervention, such as rhythmic exercises and lyrical analysis, that helps them reach their goals through a musical outlet. 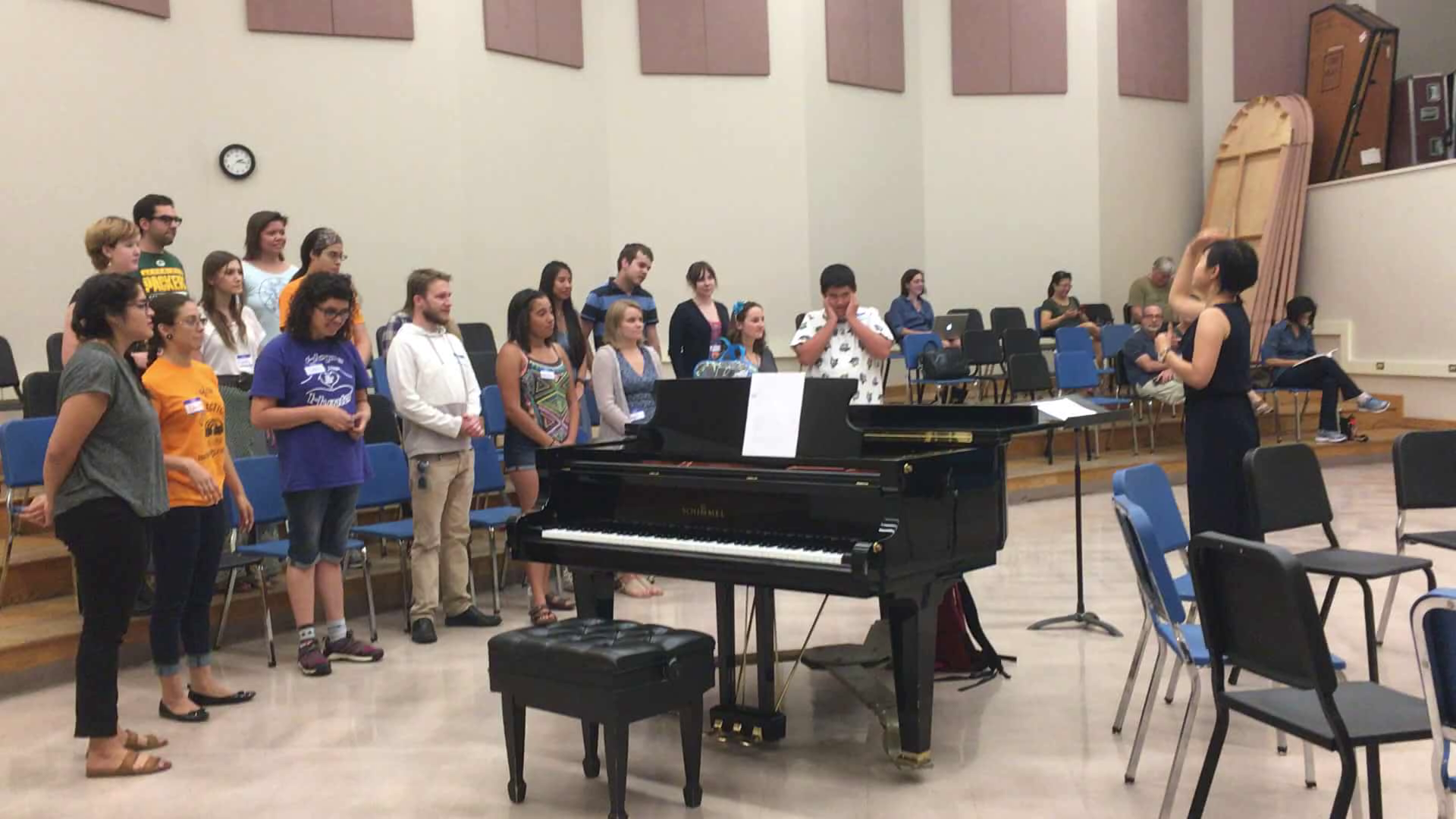 “ASU’s music therapy program is very strength-based, so based on what they (students or clients) can do, we build on that,” Gordon said. “So it’s never about helping them do things that they can’t do, it’s about encouraging them and supporting them in taking risks and trying new things that we know they are capable of achieving.”

In addition to her role with Rainbow Connection, Gordon also works at Aurora Behavioral Health Hospital in Tempe, where she said she sees music therapy work differently for different people.

Gordon explained how some clients respond to playing live instruments or engaging in drum circles.

Rhythm activities help hallucinating and paranoid clients improve reality focus, responding to stimuli that actually exists in the environment, while practicing appropriate social skills. Others, she noted, respond to listening to recordings of music which promotes sleep, relaxation, energy and freedom of self-expression. She said common themes of music therapy include self-care and safe emotional expression.

Rainbow Connection focuses less on medical practices with the therapy, however, and more on community empowerment.

In the rehearsals group members do rhythmic exercises, play instruments, write songs and sing in warm-ups. The students are engaged through the flow of the rehearsal as each activity transitions into the next with varied levels of large and small group tasks.

The group’s main goal is to give students with autism the opportunity to use their social skills in an environment where they are free to express themselves.

A large amount of students take pride in being a part of the choir, and Zhang and Medrano explained the reward of witnessing their students improve.

“Every session, it’s like magic,” Zhang said. “I see how music works, and I see how they improve during that one session, and you see how happy they are. That, you know, just brings me tears. Every single session.”

Gordon said she's worked with clients who are depressed with almost no will to live, who wouldn't talk to any other doctors or staff members. However, she said these clients talked to her because she brought them their music, and with it their trust and hope.

"Music is something to live for when there’s nothing else to live for,” Gordon said.