When Steve LeVine was sitting in his mass communications class more than 10 years ago, he was debating dropping out of ASU.

Today, alumni LeVine and his wife Jamie are co-founders of Steve LeVine Entertainment: an events, entertainment and public relations agency which provides DJ services to the Valley, commonly on the University’s Tempe campus.

LeVine, the CEO of SLE, said he has been in the entertainment business for years.

“I started a DJ company, and had a full-fledged business by the time I was 16 years old,” he said. “That DJ company turned into a very profitable venture during high school.”

During his time as an ASU student, LeVine said he picked up gigs providing entertainment at places like bars and fraternity events, thus giving him the opportunity to network and sharpen his skills as an entertainer.

But at one point in his college career, he said he nearly dropped out.

“I remember sitting in MCO 110 in the Walter Cronkite school saying, ‘What am I doing? I know what I want to do for the rest of my life,’” he said. “I went back the next day and I’m like, ‘Now I’m going to finish and get a degree … so I can try to make the rest happen so I can get there.'”

LeVine, who is also the president-elect for Entrepreneurs' Organization Arizona, said the field of opportunity for start-ups at ASU is boundless.

“I’m a die-hard entrepreneur,” he said. “I think ASU is a great spot for it, and I didn’t realize that but it’s something that I’ve now figured out.”

LeVine also said networking with other business owners was one of his major keys to success.

“Get a network, get coaches, get mentors,” he said. “I didn’t know that at first but now the fact that I have this network, these people that I can get real-life experiences with … that’s the beautiful thing about EO. Every business owner … we all have similar issues.” 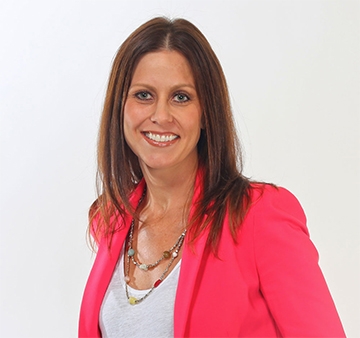 She said she switched from broadcast journalism to communications at ASU, which led her to discover her talents in public relations and marketing.

“I did an internship for the Phoenix Suns my senior year at ASU in 2000-01,” she said. “Going through that internship program at ASU really helped me understand what I wanted to do once I graduated.”

Her tenure with the Suns continued for about a decade.

“When I finished my internship and graduated from ASU, the Suns offered me a full-time job … 10 years later, I was still there,” she said. “Working my way through the ranks there, I certainly accredit that to ASU and the learning I had there.”

ASU sustainability sophomore Nicholas Leto, a co-founder of Resaca & Zaytay, a DJ entertainment company, said running an events company even as a full-time student can be easier than it sounds.

“Trying to balance it with my schoolwork and all my other extracurricular activities isn’t as hard as you think it would because a lot of the DJ stuff happens at night,” he said. “All my schoolwork is during the day, so I don’t get as much sleep as I would like to.”

Leto said given its size, ASU is a prime place of growth for any kind of entrepreneur.

“The reason why our company is so successful is because of the vast amount of people of ASU has on its campus,” he said. “As the biggest college in the country, it is the best place to start any business, honestly.”