As part of The Ability Experience, Pi Kappa Phi’s national philanthropy, the fraternity held a 48-hour non-stop ‘Bike-A-Thon’ on Hayden Lawn starting Tuesday afternoon where participants cycled for hours in order to raise both awareness and funds for people with disabilities.

Ryan Davis, the head of philanthropy for Pi Kappa Phi, said the event, which is free to participate in, still managed to raise $5,784.64 through other means.

“It’s a completely free event,” he said. “The main way we raise money is through T-shirt sales. This past year we sold, I think, just over a thousand T-shirts, with $4,000 going straight to The Ability Experience … and then obviously raw donations.”

Davis said the Bike-A-Thon, which has been done at ASU for eight straight years, is a reflection of The Ability Experience’s long-distance biking events which take place in summer.

“So our philanthropy is huge into bikes,” he said. “(One of) our next summer events is called Gear Up Florida. It’s a two-week cycling trip, starts in Miami and you actually end in Tallahassee ... I actually did it last summer — it was the best trip of my entire life.”

Jordan Yergler, the Bike-A-Thon chair for Pi Kappa Phi, said his affiliation with Best Buddies at ASU as the chapter president has resulted in a partnership efficient in donating for multiple causes. Best Buddies is a student organization that advocates for those with intellectual or developmental disabilities, according to its OrgSync site.

“So we partner a lot with the ability experience which is Pi Kapp’s philanthropy,” he said. “We partner with them a lot, get the buddies out, get the members out here and like get them involved, give them an event, give them something to look forward to and have fun with."

Yergler said the main goal of the philanthropy is to highlight the unsung abilities that those with disabilities possess.

“The end goal is we want to raise awareness for disabilities and show what people with disabilities are actually capable of,” he said. “Just because they have a disability doesn’t mean they’re any different from you or I.”

Mary Roberts, a family and human development junior, said she has seen the Bike-A-Thon grow in positive ways in the three years she’s been at ASU. 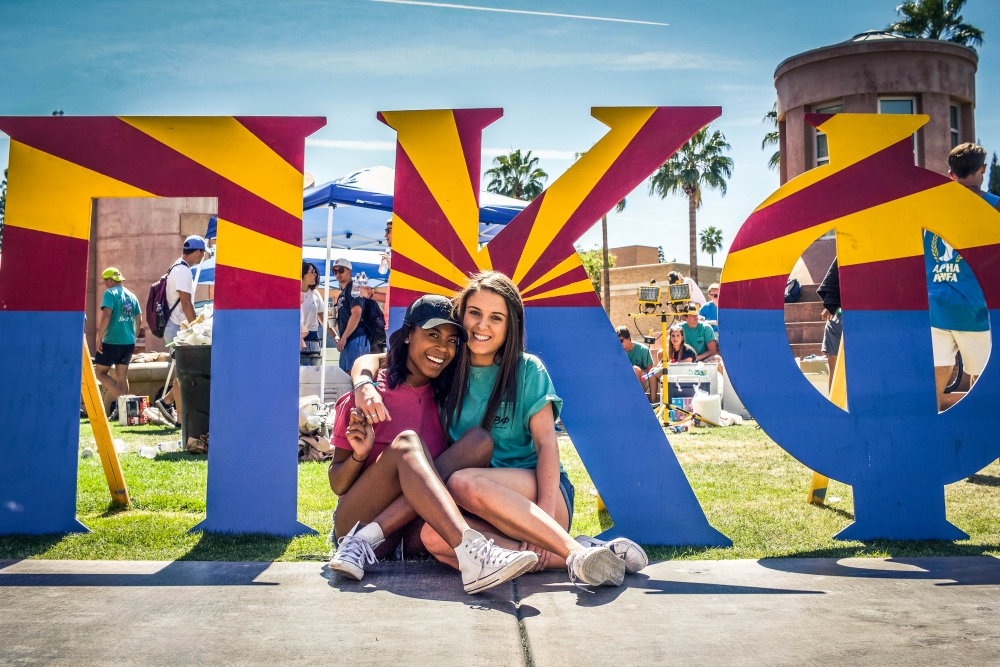 “This is my third year participating in Bike-A-Thon, so I had the chance to really watch it grow from my freshman year to my junior year,” she said. “This year — it’s just been incredible. It’s so awesome, the dedication these guys have and the passion they put into it."

Roberts said she stayed at the event for two straight days.

“Luckily, you still get Wi-Fi, so I did my best,” she said. “But I’ll be catching up the next couple days.”

However, Roberts said the seven hours of biking and loss of sleep were worth it, especially taking into consideration the difficulties those with disabilities face every day.

“I am so sore, still but this year I was there the whole time,” she said. "I never went home, which was so fun … I might as well raise awareness and do my part.”