The popular downtown building, which also holds classes for ASU students, started renovations in 2015 and will have a grand reopening on April 19

After a recent series of renovations, the Westward Ho is set to have its grand reopening on April 19 at 10 a.m.

Cathedral Development Group, the company in charge of the Westward Ho reconstruction, said in the press release that over $17 million was put into the new renovations.

Jonathan Bentz, a representative for the Cathedral Development Group for the Westward Ho Project, said the renovations began in July 2015.

ASU Collaboratory on Central from ASU College of Public Service on Vimeo.

Bentz said some of the new building features include a new plumbing system, new kitchens, a redesigned courtyard, improved water efficiency and more. He said the courtyard fountain, which was inoperative for about 40 years, is now functional.

“The building now has an up-to-date lightning mitigation system, the elevators in the tower are brand new, the windows were replaced in the J-wing,” Bentz said.

For the duration of the construction, Bentz said no residents were moved off site.

“We provided units within the building for folks," he said. "We provided cable services. We provided food vouchers."

Bentz said making the transition as easy as possible for the residents was a priority of the operation, which had a special budget set aside for relocation.

Melissa Smith, a senior studying social work, said she hosts a chat every week in the bottom floor of the Westward Ho.

“It’s really flexible," Smith said. "The residents can come in here and talk about whatever they want to talk about. It’s a safe place, nothing formal at all.”

Smith also said the ASU facilities on the bottom floor will stay open for the summer. 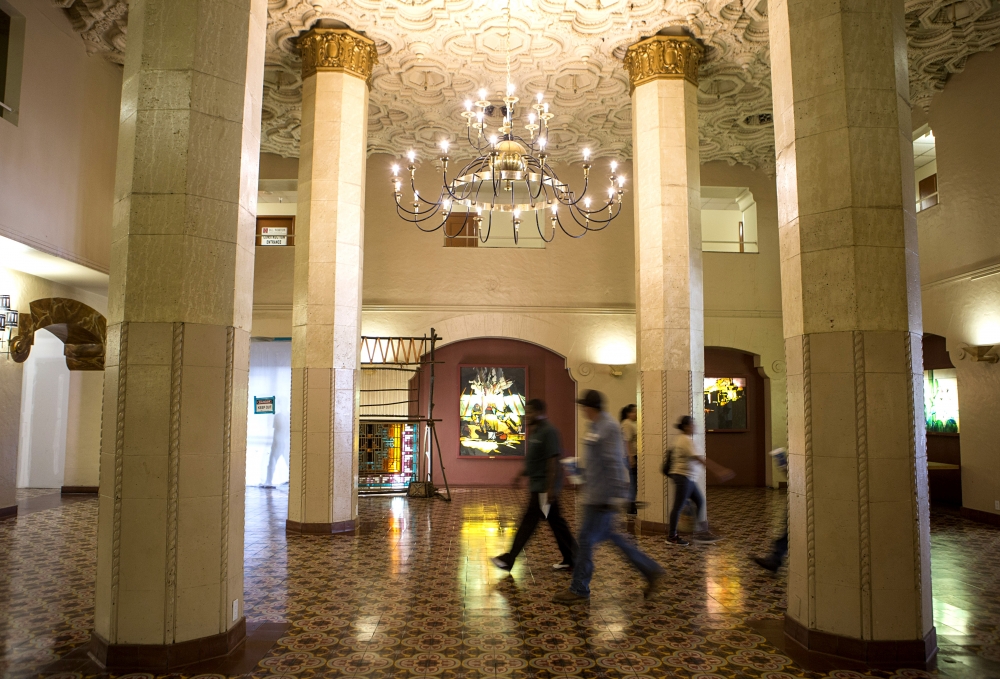 Sarah Hochstetler, a Westward Ho resident, said she feels that other residents can benefit from the services ASU provides. Hochstetler said guitar lessons are one of her favorite services provided by ASU to the residents.

“I even went and got my own guitar to practice,” she said.

Levi Rich, who is a resident at the Westward Ho and also a former ASU student, said he enjoys the services provided by ASU, but not all the residents feel the same way.

“A lot of people are paranoid of ASU,” he said. “They think ASU is going to buy out the building. That’s a common paranoia here."

Richard Hooper, another resident at The Westward Ho, said he was pleased with the programs ASU provides in the building.

“It’s a great place to come talk to people and do your crossword puzzle," he said. "Nobody bothers you. It is like when all the animals come to the watering hole.”