The art of printmaking was what drew Bree Stoffer to Arizona State University. Unfortunately, she discovered it wasn’t her passion. After working at various coffee shops in the Valley, Stoffer quickly realized that tattooing was her real passion. At 21 years old, Stoffer entered the Roosevelt Golden Rule Tattoo location looking for an apprenticeship.

“Bree came into the shop about five years ago, with a stack of drawings looking for an apprenticeship,” Jason Freeman, a.k.a Jason Anthony, Stoffer’s mentor says. “I critiqued her stuff pretty hard but she wasn't very deterred because she came back a week or so later with new drawings. This happened for about six months before I decided that she had the follow through to possibly finish out an apprenticeship.”

After apprenticing for two and a half years, Stoffer started tattooing without her mentor watching over her shoulder. She decided to stay close to home, continuing her work at Golden Rule Tattoo. She has now been tattooing for over a year and a half. 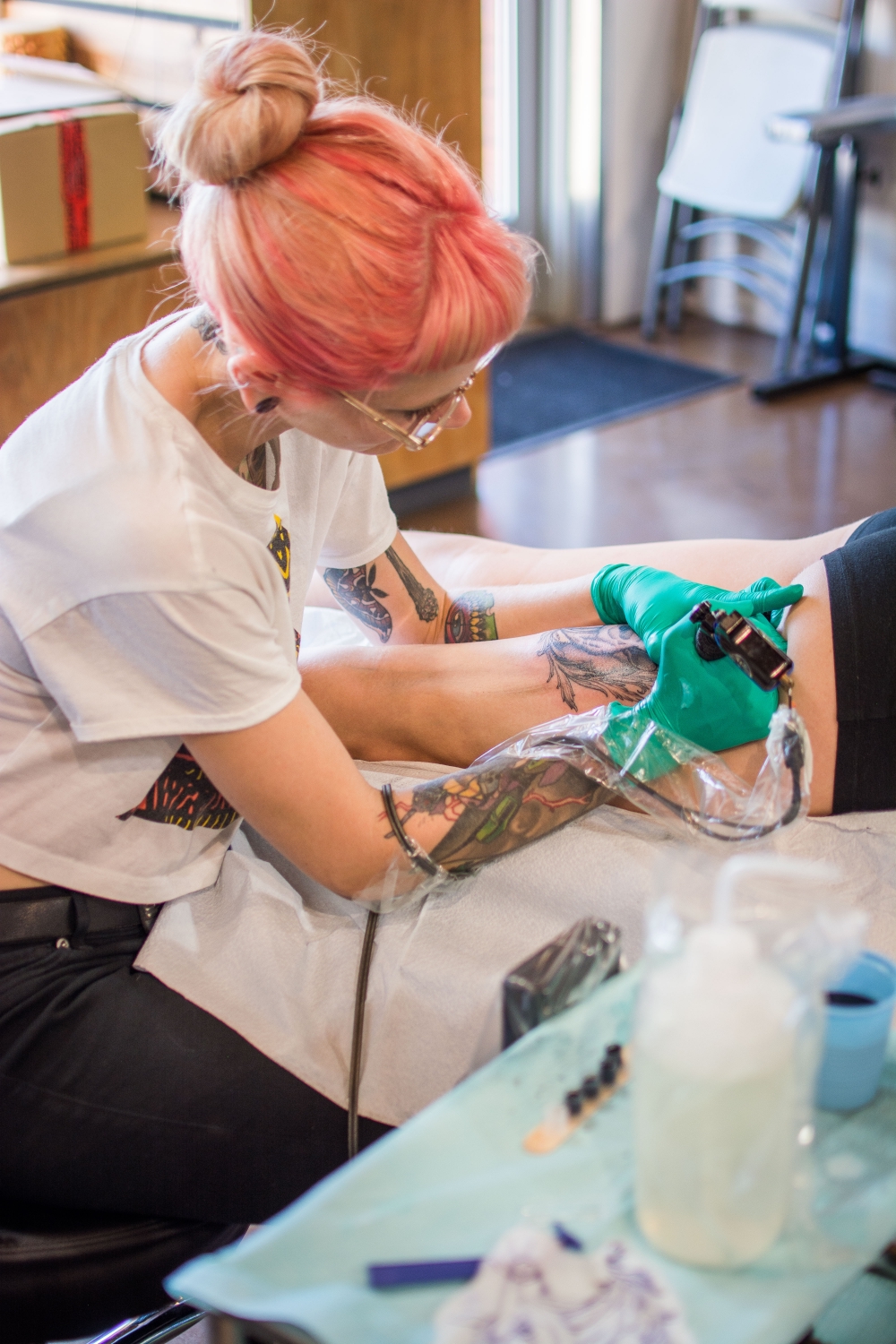 “Everybody at the shop taught me different things,” Stoffer says. “Jason Anthony was my mentor though.”

Anthony described Stoffer as “about the most awkward person” before she was comfortable in the tattoo shop.

“She was a fast learner though and before too long she was very comfortable being in the shop and her personality really started to shine through,” Stoffer says. “She was funny as shit and very much fit in with the vibe of the shop.”

Both Anthony and Stoffer describe her work as illustrative. Stoffer works a lot with single needles, a style which takes a lot of practice and patience to master. Not every tattoo artist is willing to try this method, but Stoffer loves it.

“I like dotwork pieces,” Stoffer says. “Whenever I get weird requests I get excited. I also enjoy tattooing flowers and animals.”

Since tattooing on her own, Stoffer has attended several tattoo festivals and conventions, often posting about them on her Instagram. If you’re interested in viewing some of her work, her username is @breelintattoo.

If you’re interested in getting tattooed by Stoffer, you had better book an appointment now. According to her assistant, she is already booked up until June. Despite how busy she is, Stoffer always has time to chat about what kind of tattoo you’re thinking of getting or to get a price quote, if you stop by Golden Rule Tattoo’s Camelback location any Monday, Tuesday, Friday, and Saturday from 11 a.m. to 9 p.m.

The standard appointment deposit at Golden Rule Tattoo is $60 which will go toward paying for your tattoo. After that, the hourly rate is $140. You can let Stoffer know what you’d like ahead of time by emailing her at breelintattoo@gmail.com, or you can call the shop to immediately book an appointment by calling (602) 626-7297.