The Sun Devils are playing for something more this season

The sport of hockey is a tight-knit community — from the long road trips to the early mornings and long nights at the rink. The sport brings people together on and off the ice.

At the beginning of the 2017-18 season, the ASU women’s hockey team lost a member of its family.

Taylor Ulery was an off-ice assistant coach for the Sun Devils. At the end of August, Ulery suddenly passed away at the age of 29 years old. He assisted in strength and conditioning training for the women’s team during its inaugural season at ASU.

It is with heavy hearts that we hear the passing of off ice coach, Taylor Ulery. Our thoughts are with the Ulery family during this time.

“As a first-year program, he was so supportive of us, and he was at every single game,” ASU head coach Lindsey Ellis said. “He was always there to cheer us on.”

Senior forward Dannika Borges, senior defenseman KC McGinley and sophomore goaltender Jordan Nash-Boulden all had a special bond with Ulery, training with him all of last season.

“I think he really brought that energy into the training room every week,” Nash-Boulden said. “Even when we weren’t feeling like working out, he was there to motivate us to do that and to push our hardest.”

Ulery not only trained Nash-Boulden, but the two of them also shared another common interest.

“He was able to find that balance between being a coach and being a friend, and he was really close with all of us,” Nash-Boulden said. “He was always smiling, and he was always happy, and he was kind of a big geek like I was. He was into comic books and comic con and all of that stuff, so we used to just talk about that, and I think it was good to have that common bond with somebody.”

Borges recalled her fond memories of Ulery as well.

“He was a total nerd — I loved it,” Borges said. “He would come to workouts with a super hero shirt on, and he was just super goofy but so motivated and all about education and exercise.”

Last year in ASU's inaugural season, Ulery was at every home game to back the team. His dedication and support for the program will not be soon forgotten by any of ASU’s players and coaches.

“To have someone who cared that much, you can’t ask for that,” McGinley said. “It was so special and it meant the world to us to see him in the stands every game always reaching out to us … he cared so much more than he ever had to.” 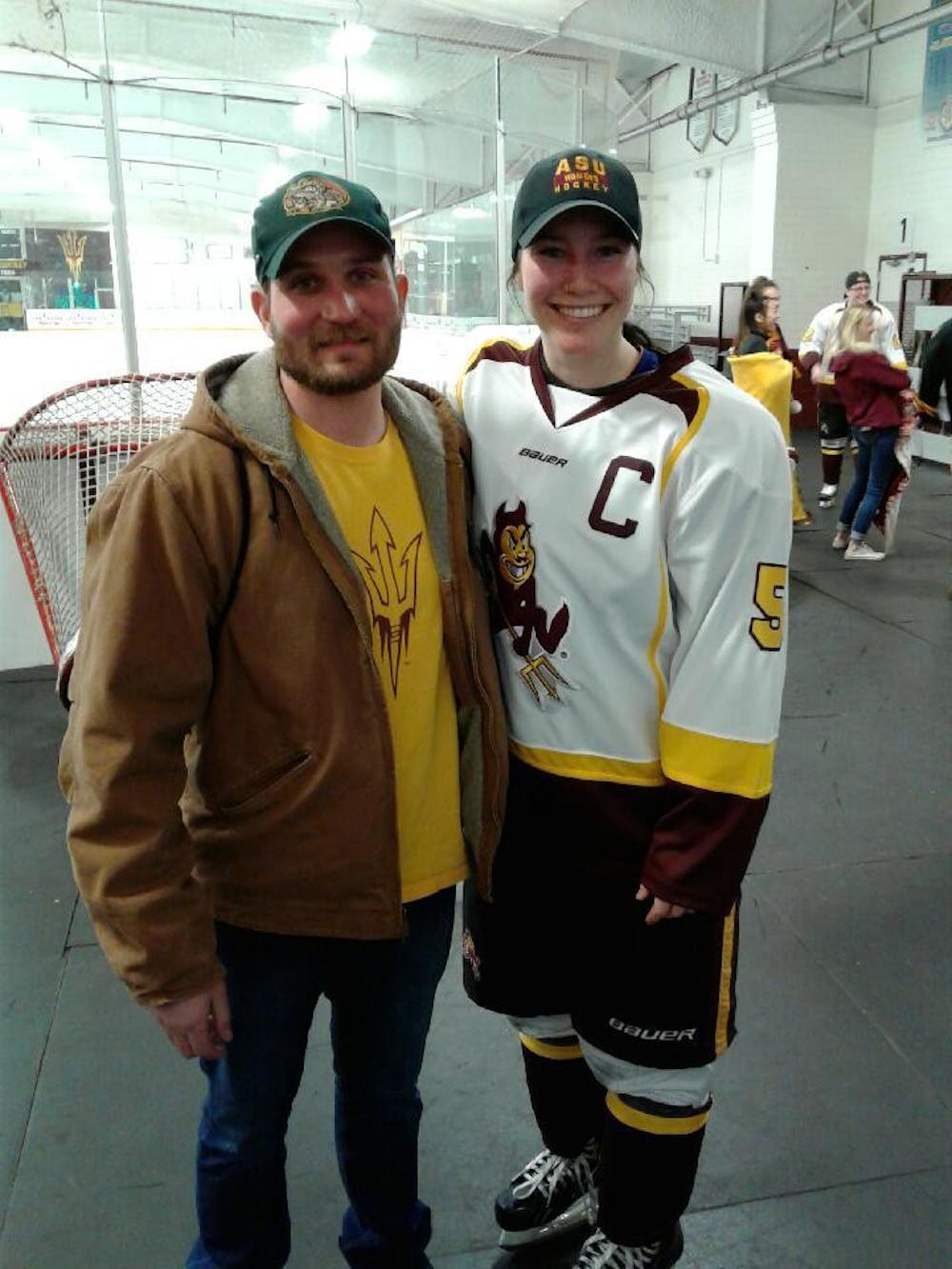 Prior to ASU’s first game of the season against Grand Canyon University, ASU honored Ulery with a moment of silence with his family in attendance.

“We love them,” McGinley said of Ulery’s family. “We hope that they know that we are here for them throughout everything because we are hurting too.”

The team has discussed other ways to honor Ulery throughout the season. Nash-Boulden currently has the initials T.U. written on her goalie mask to honor her former friend and trainer.

McGinley is the captain of the ASU women’s hockey team and is known for her vocal leadership both on and off the ice. When Ulery passed away, she did not hesitate to speak about what he meant to her and her teammates.

On Sept. 5, McGinley attended Ulery’s funeral service in Peoria. She had written some words about Ulery, but she was unable to speak at the service. This is part of what the senior captain had planned to say about her former friend, coach and trainer:

“In my experience, it has been rare to find someone who believes in me without me proving myself to them. Taylor saw something in me that I still don’t see in myself ... He didn’t have to love us the way he did.

"He made it to all of our games, no excuses. (He) waited for us to get out of the locker room just to tell us how amazing we were and how much fun we had ... this year we are playing for him, every single time we touch the ice.”

As ASU embarks on its second year as a program, Ulery will continue to be remembered for his dedication and commitment to ASU women’s hockey.

“We are just very lucky that he got to be apart of our team,” McGinley said. “I hope that people know that we are where we are right now because of him and his love and support for us. We are going to keep that up and keep going, and we play for him.”