A look inside the most haunted places at and around ASU 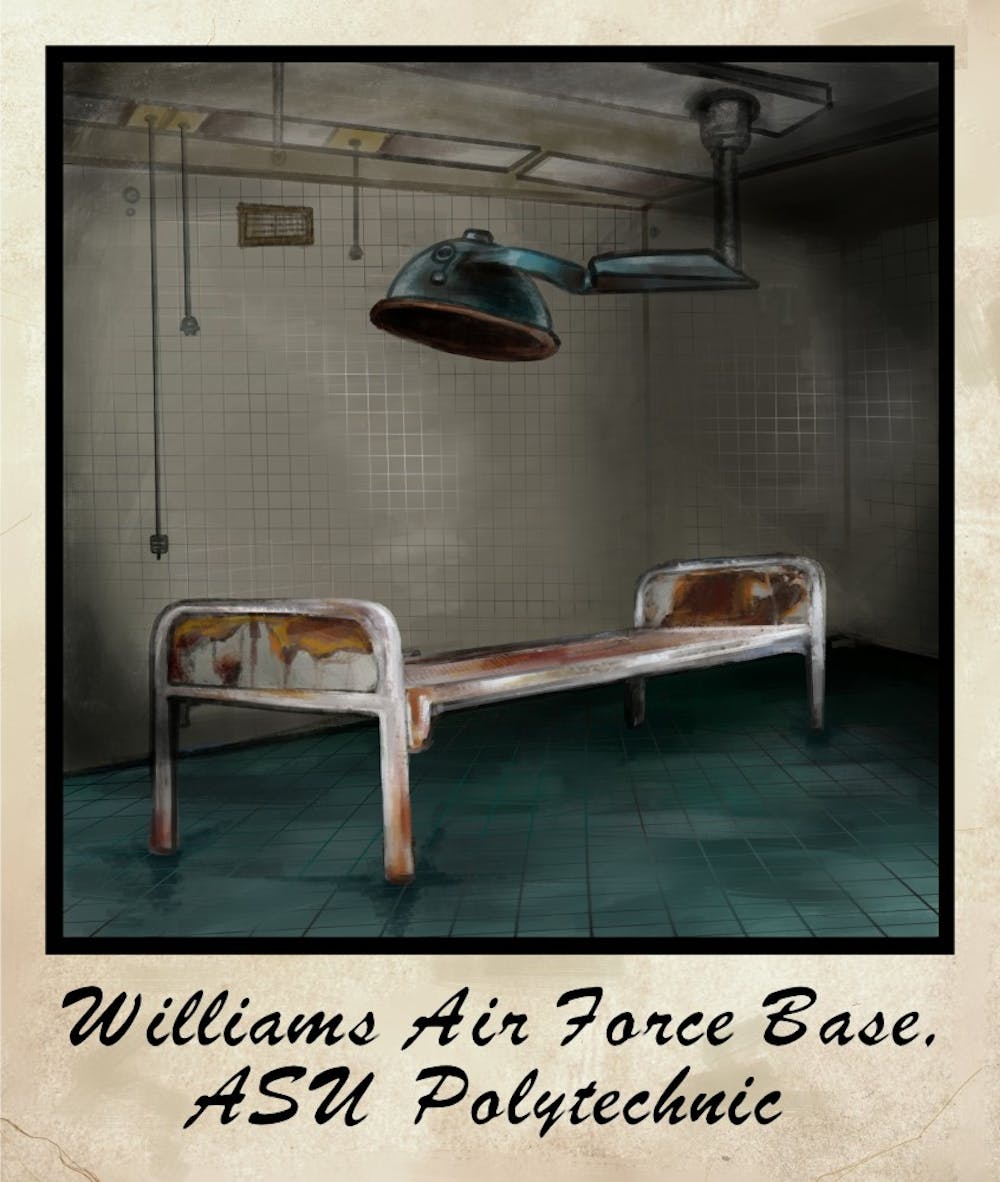 ASU’s Polytechnic campus owns portions of the now retired Williams Air Force Base. Some notable landmarks include a water tower, ammo bunker and hospital that were erected in the 1940s. Employees claim to have seen unknown figures in doorways while others have reported a feeling of unease in the hospital’s tiled scrub area and operating room. The base was officially closed in 1993. 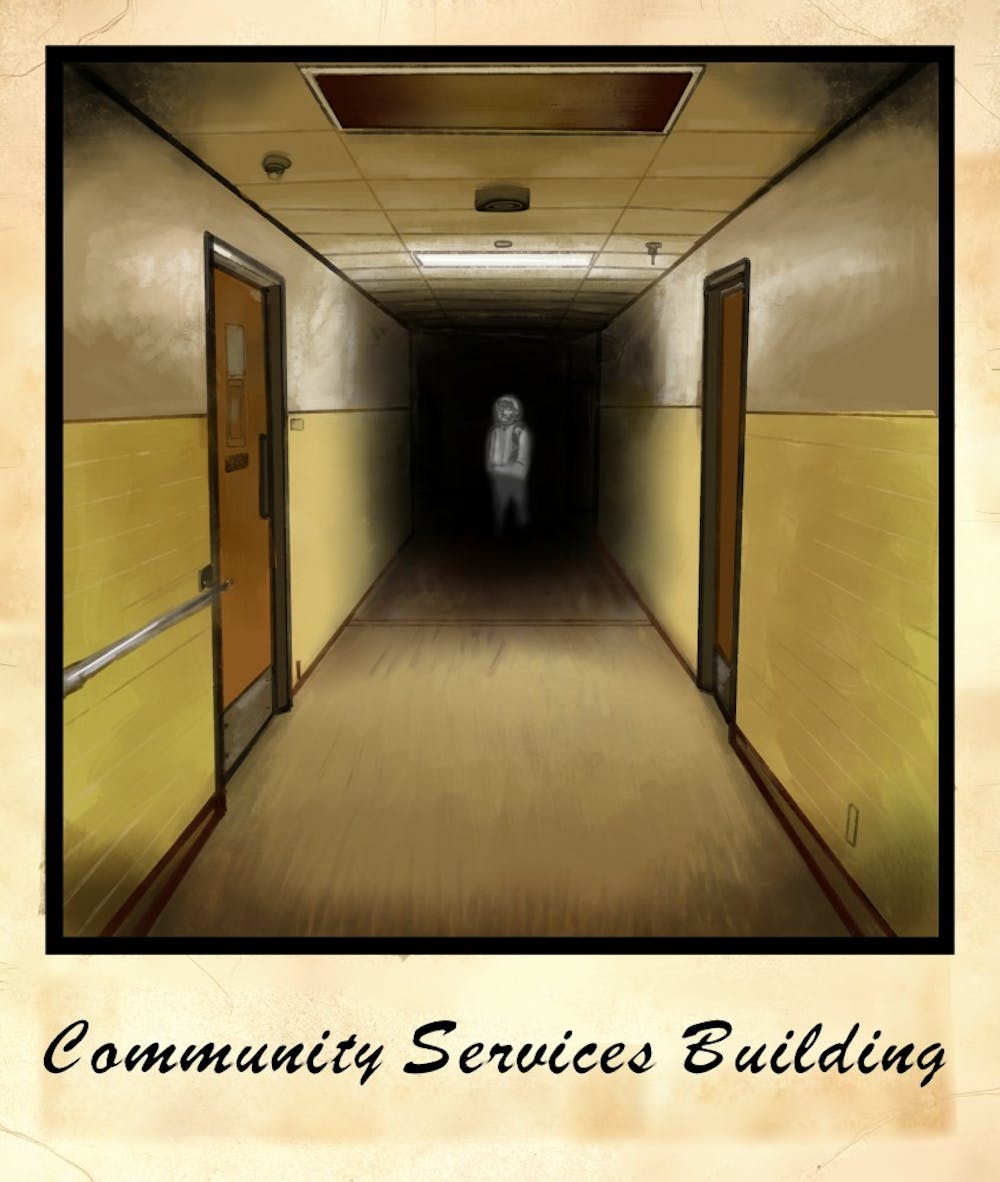 The Community Services Building near Papago Park was built in 1963 and has served as a sanatorium and children’s hospital. People have reported strange occurrences like doors closing and objects falling off shelves. Others claim to have heard children playing in the building’s halls and a strong, supernatural presence. 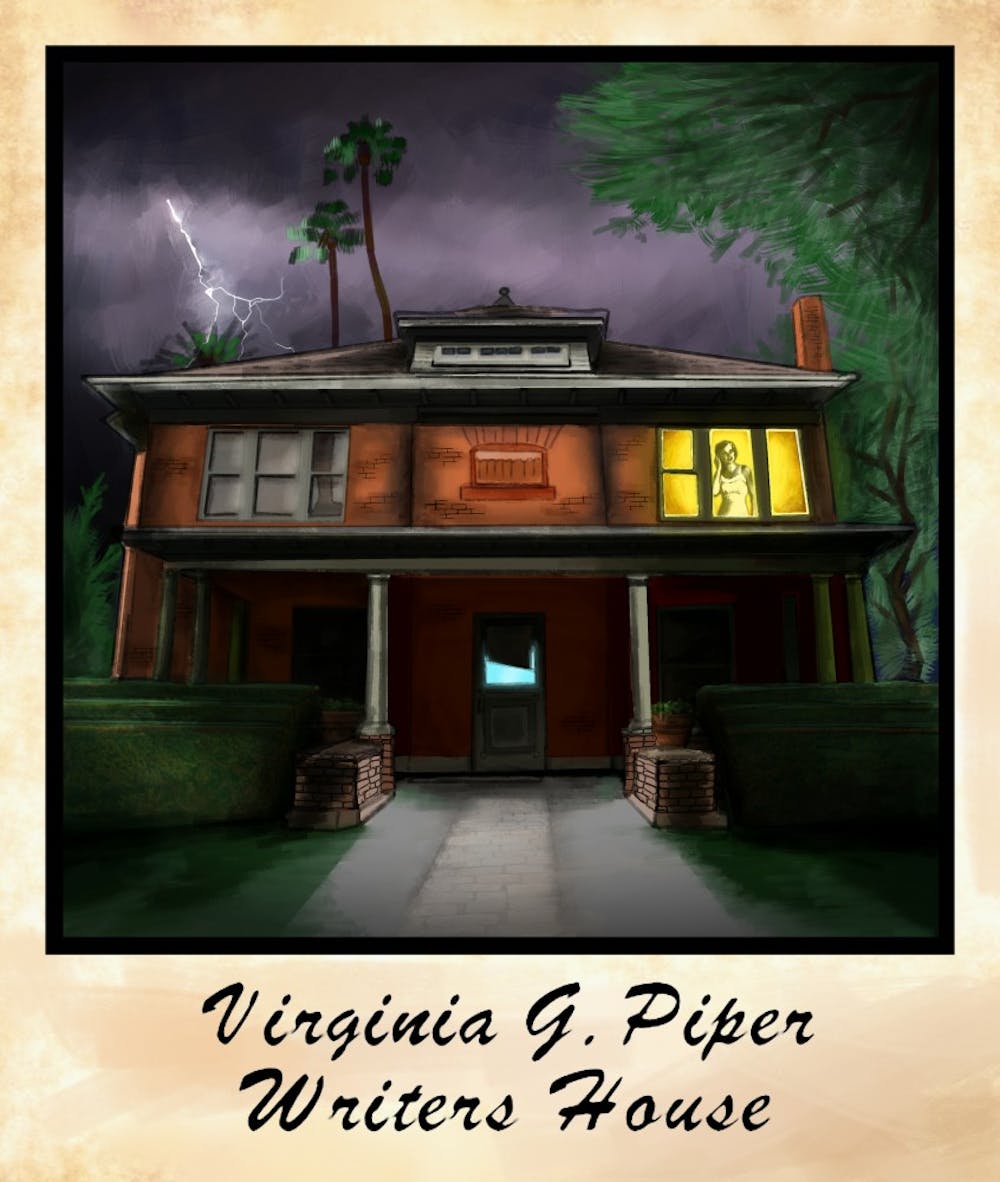 The Virginia G. Piper Writers House was built in 1907 for ASU president Grady Gammage and his wife, Dixie Gammage. It is rumored that they both passed away in the second-floor bedroom, though the exact circumstances aren’t known. Many people claim to have witnessed the president’s wife walking past the second story window wearing a nightgown and cap. Ghost sightings or not, this historic building is labeled as the perfect place for writers to get inspired. 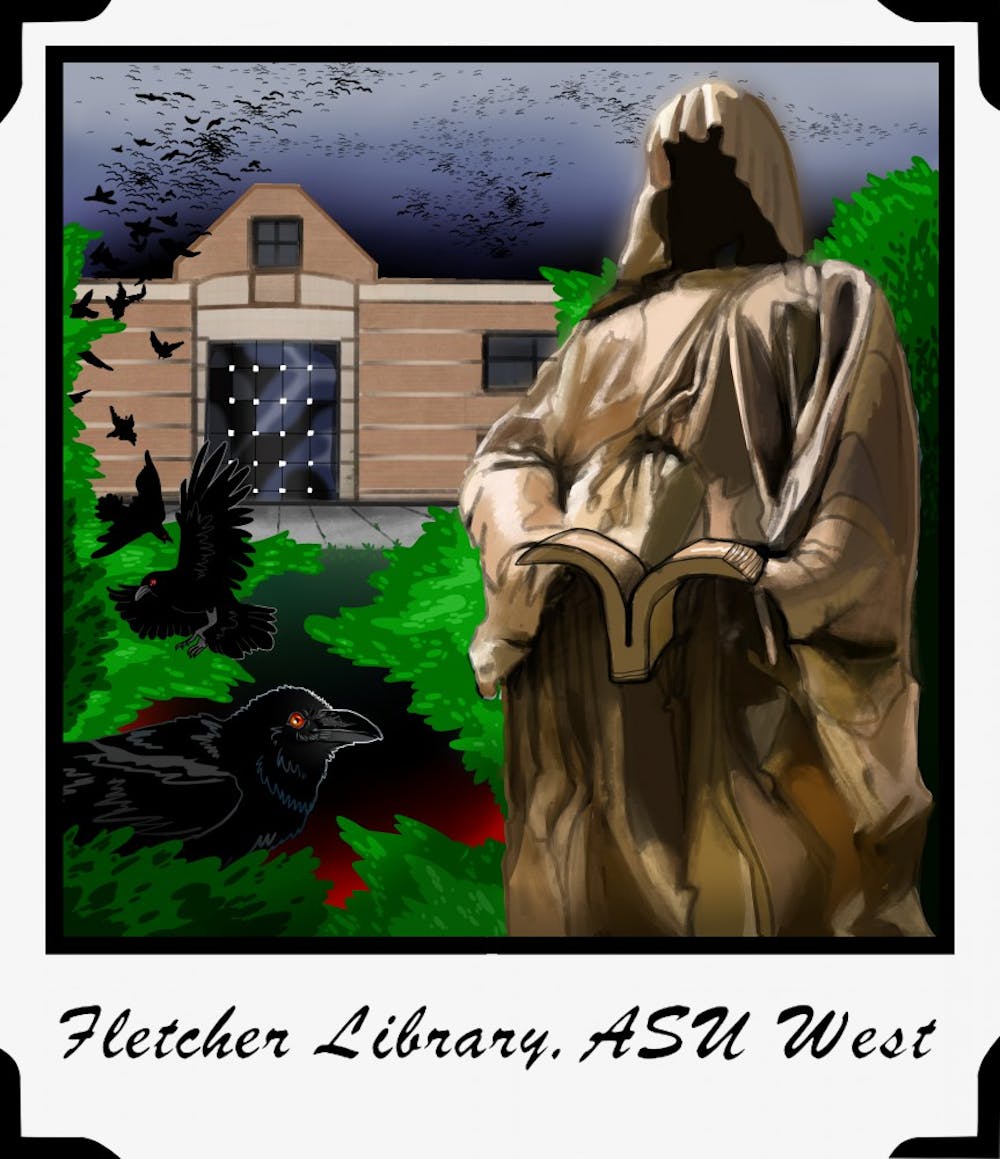 Fletcher Library on ASU’s West campus is known for having many strange phenomena. Trees nearby attract hundreds of black birds, and no one knows why. The library’s staff has also reported hearing the building’s PA system go off during inactive times, and students spread rumors about its basement. Although not intentionally creepy, the "Statue of a Woman Looking Into the Future" stands in front of Fletcher Library and is considered to be a positive spirit that helps students find knowledge 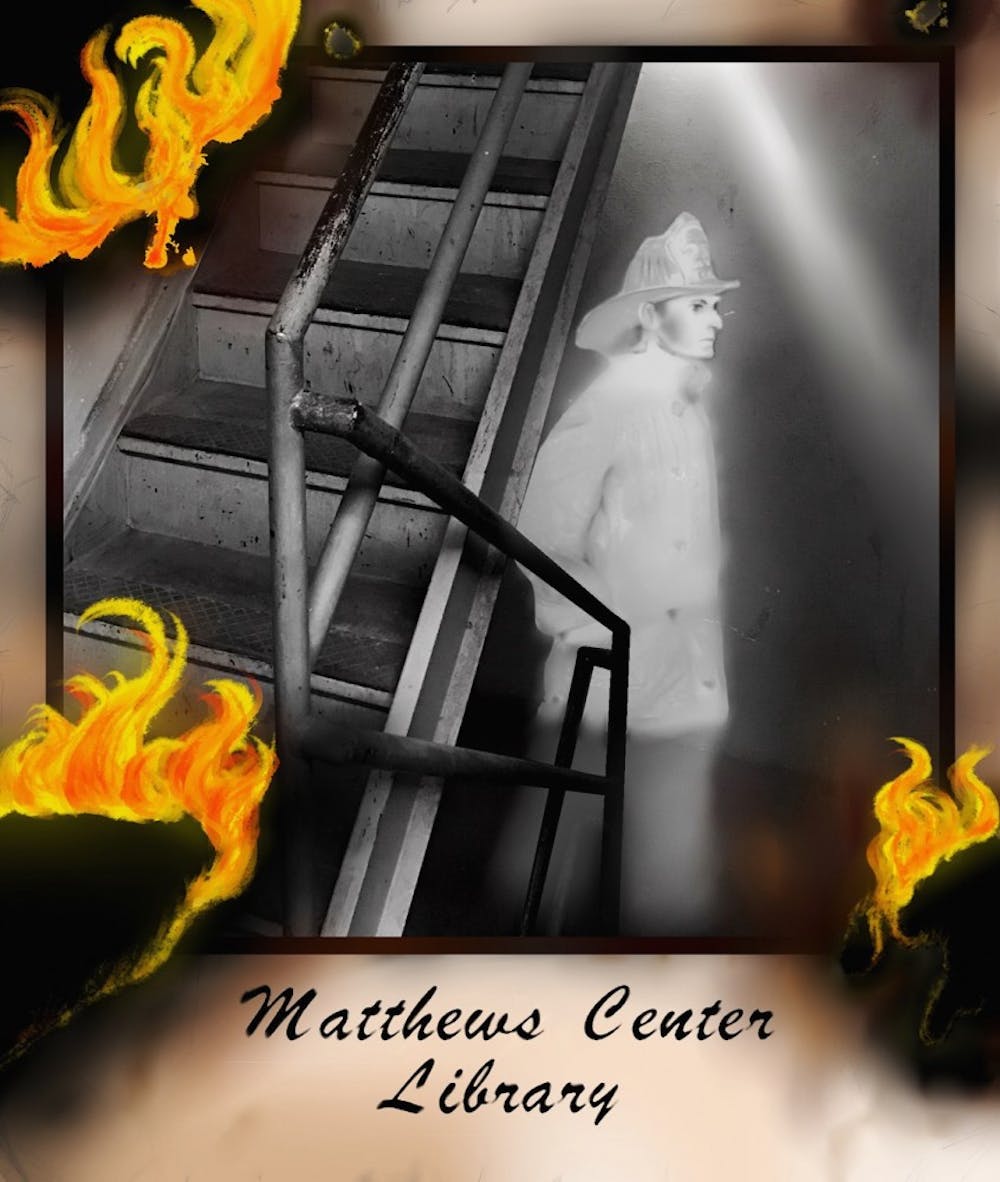 Constructed in 1930 as ASU’s first library, the Matthews Center has a history of ghost sightings and strange occurrences. There are rumors that a fire during the Great Depression killed a firefighter and librarian in the building’s fire escape stairwell. Overnight staff often report hearing strange sounds, seeing shadowy figures and a feeling of unease down the building’s long hallways. 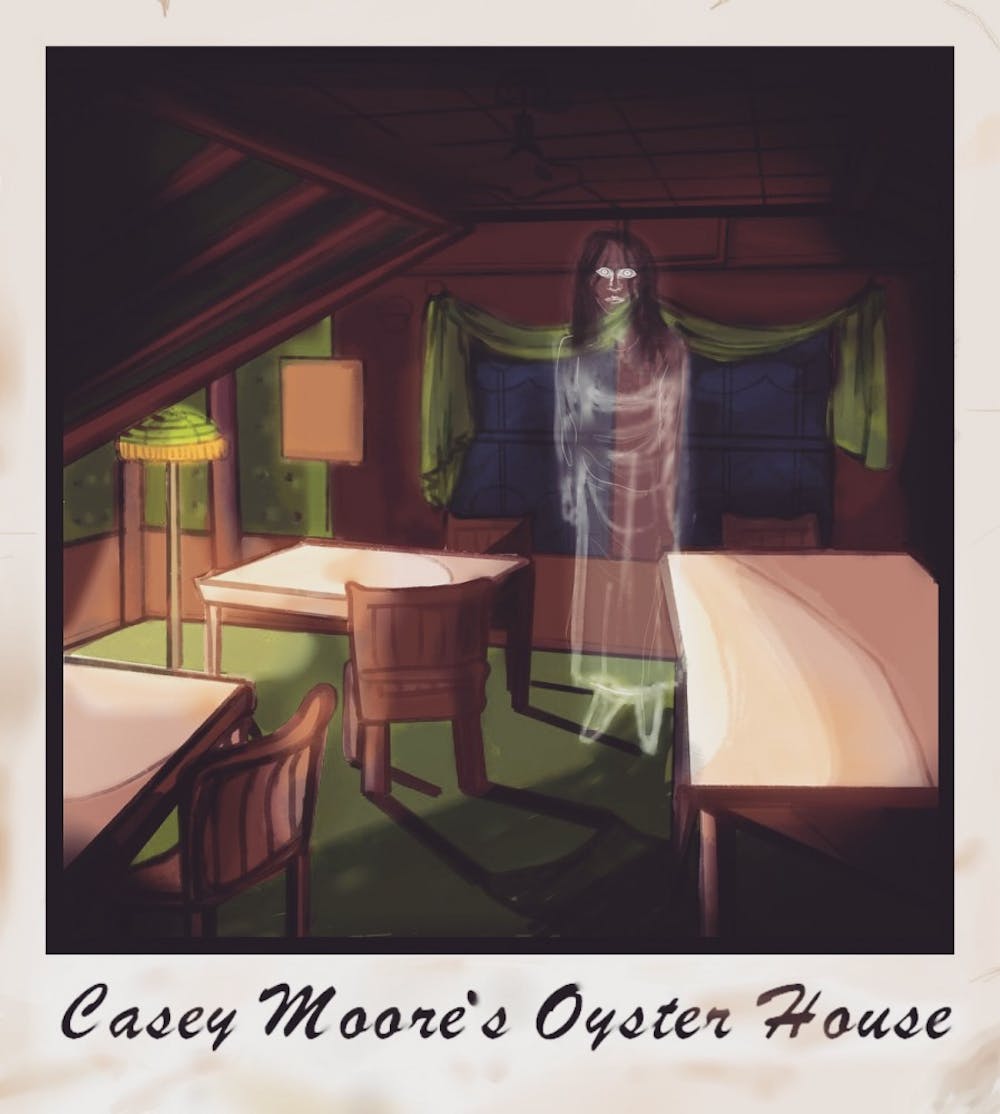 Ghost sightings are common in this 100-year-old building. Restaurant goers often see a young woman with black hair and white eyes hovering above the kitchen area or stairwell. She's rumored to be a former ASU student who was murdered on the second story by her suitor.

Correction: An earlier version of this series contained a misspelling of Matthews Center.