On Sept. 19, 2017, I was sitting at a table on the Tecnológico de Monterrey Ciudad de México campus reviewing a PowerPoint presentation I was supposed to give that evening. I was enjoying the sun and the low hum of conversations that flows through the halls and plazas of any college campus, which is surprisingly less distracting when it occurs in a language that’s not your own. And then, the world started to shake.

When I decided to study abroad in Mexico City through an ASU exchange program, I never thought that while there, I would experience one of the deadliest earthquakes in the city’s history. But on that Tuesday afternoon, I did. And it changed my life.

As the ground started to shake, I ran to the middle of a nearby plaza, where other students had started to gather frantically. Students poured out of buildings, yelling names, yelling curses, just yelling. It felt like being on a boat. The tall buildings surrounding me shook back and forth, up and down, and things started falling from the sky — small rocks, branches, pieces of buildings.

I don't remember how long the earthquake lasted. All I remember is that, once it seemed like it was over, I went to the get my stuff from the table I had been sitting at, wearing the knee-length pencil skirt I had carefully picked out for my presentation later that evening. I merged into a river of students  — some crying, some yelling names, others silent — moving toward the center of campus.

Once we got to the fountain that marked the center of campus, I realized there was something missing from the hodgepodge of brightly colored brick buildings: the bridges that connected them. The bridges that linked two classroom buildings and an office building that also housed the cafeteria were no longer in the sky — they were on the ground. And giant cement bridges don't just fall four stories and land peacefully. There were people trapped beneath them.

As I made this realization, students around me started to do the same — we were all struck by a collective sense of confusion and then horror. Some students started running toward the piles of bricks and cement and human bodies that lay beneath where the bridges had once been. Others frantically checked their phones, trying to call brothers, mothers, friends.

I felt useless. So many students were trying to help that it was chaos, and authorities quickly tried to cordon off the most affected areas, including where the bridges collapsed, to try to avoid the “too many cooks in the kitchen” phenomenon. I wandered around the campus, searching for friends. I lent pens and paper to people, so they could make signs with the names of the loved ones they were searching for. I heard lots of sirens. I tried to text my family. I got an Associated Press news alert that a deadly earthquake had struck Mexico City. I had no idea what was going on.

Five hours later, the school started running buses to bring people home from the campus. When I left the campus that day, I had no idea it would be for the last time. 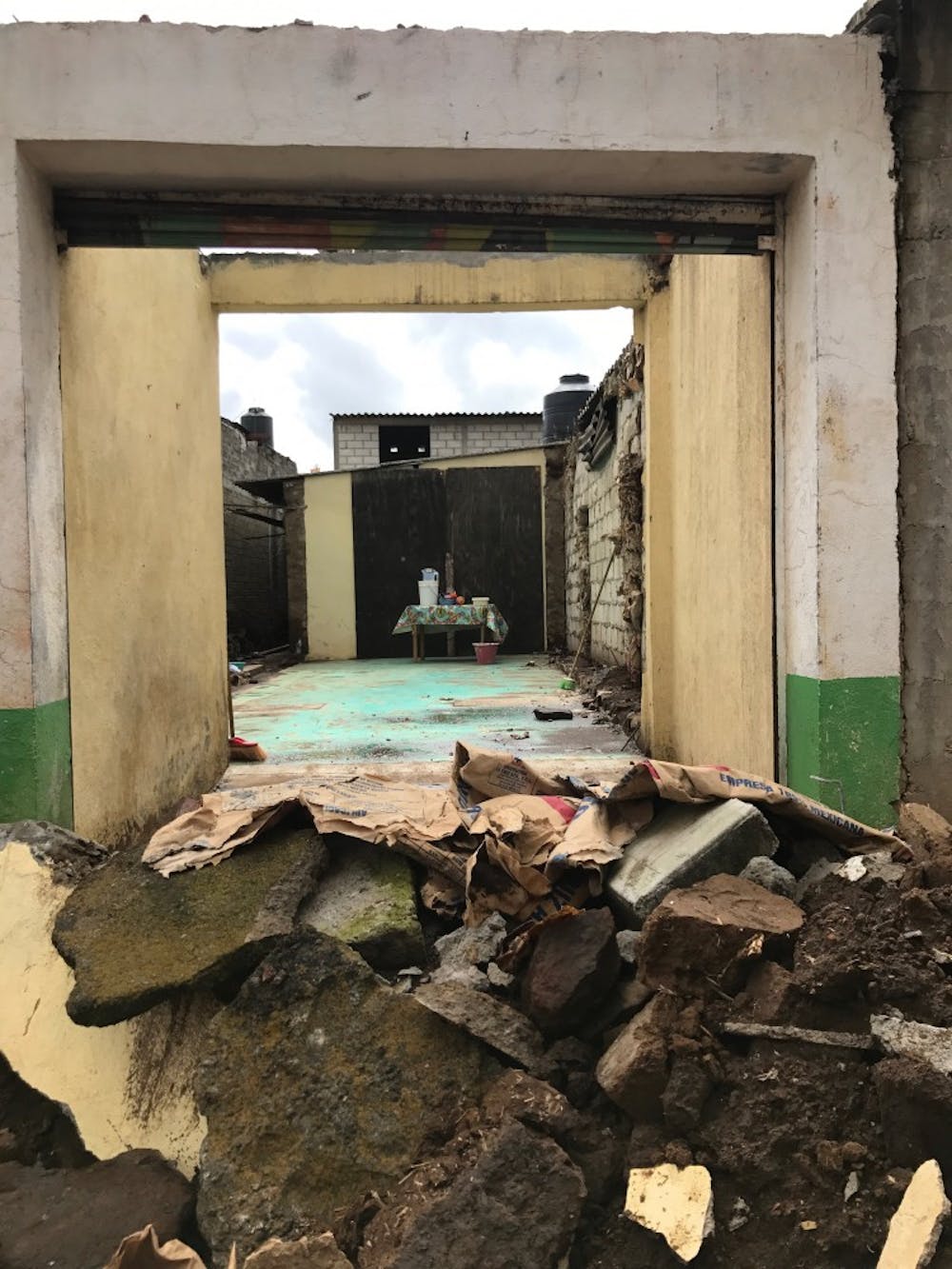 When I got back to my host family's home, we didn't have electricity, and neither did most of the city. The next few days were a blur. Without electricity, we had little access to news, but we knew the city was in desperate need of help. We went door-to-door to collect blankets, water, food and medicine from houses in our neighborhood. We volunteered at a donation center at my school. We raided Costco for empty boxes to help package “dispensas” — packages of food, water and hygiene supplies. Two days after the earthquake, I stood in my bathroom, still without electricity, and cried while listening to Oasis's “Wonderwall” and brushing my teeth in the dark: “And all the roads we have to walk are winding. And all the lights that lead us there are blinding.”

I got an email from my host university telling me the campus would be closed for the rest of the semester. I had three options, I was told: go back to the U.S., transfer to another campus in a city like Monterrey or Guadalajara or continue my classes in Mexico City under a “hybrid model.” It wasn't totally clear what a “hybrid model” was, but it seemed to consist of mostly online classes, with in-person meetings for exams and group activities in spaces donated by other universities.

The last thing I wanted to do was leave Mexico City. Mexico City, I thought, was my everything for the moment – it was my home. You can't run away from natural disasters. And in the moment you feel the most alone, you should anchor yourself to the place you feel most connected — I was already in that place.

I was lucky to have the option to stay in Mexico City — many others didn't. After the earthquake, the number of exchange students dwindled. Some of my peers’ universities, like the University of Texas, forced their students to transfer campuses or come home.

According to Dan Hart, associate director of international health, safety and security at ASU Study Abroad, ASU works hard to prepare for emergencies like the Mexico City earthquake.

“ASU has a robust active emergency and communication plan that includes evacuation assistance and security intelligence services that provide us with frequent updates,” Hart wrote in an email.

In the days following the earthquake, I saw this communication plan in action. I was in constant contact with my ASU study abroad adviser, who helped me sort through my options. She talked with my ASU academic advisers to explore session B classes and connected me with counseling services, helping me deal with complex academic and personal issues at a time when I felt overwhelmed and lacked consistent access to internet.

ASU Study Abroad recommends that students research health and safety risks before leaving the U.S. and register with the U.S. State Department’s Smart Traveler Enrollment Program, which allows local embassies to keep track of Americans abroad and offer support in case of emergency.

If they need help while abroad, students can call the study abroad office (480-965-5965) during business hours, and outside of business hours, can call ASU police (480-965-3456). In case of an emergency, ASU Study Abroad also recommends students contact the nearest U.S. embassy, their on-site contact and their family. 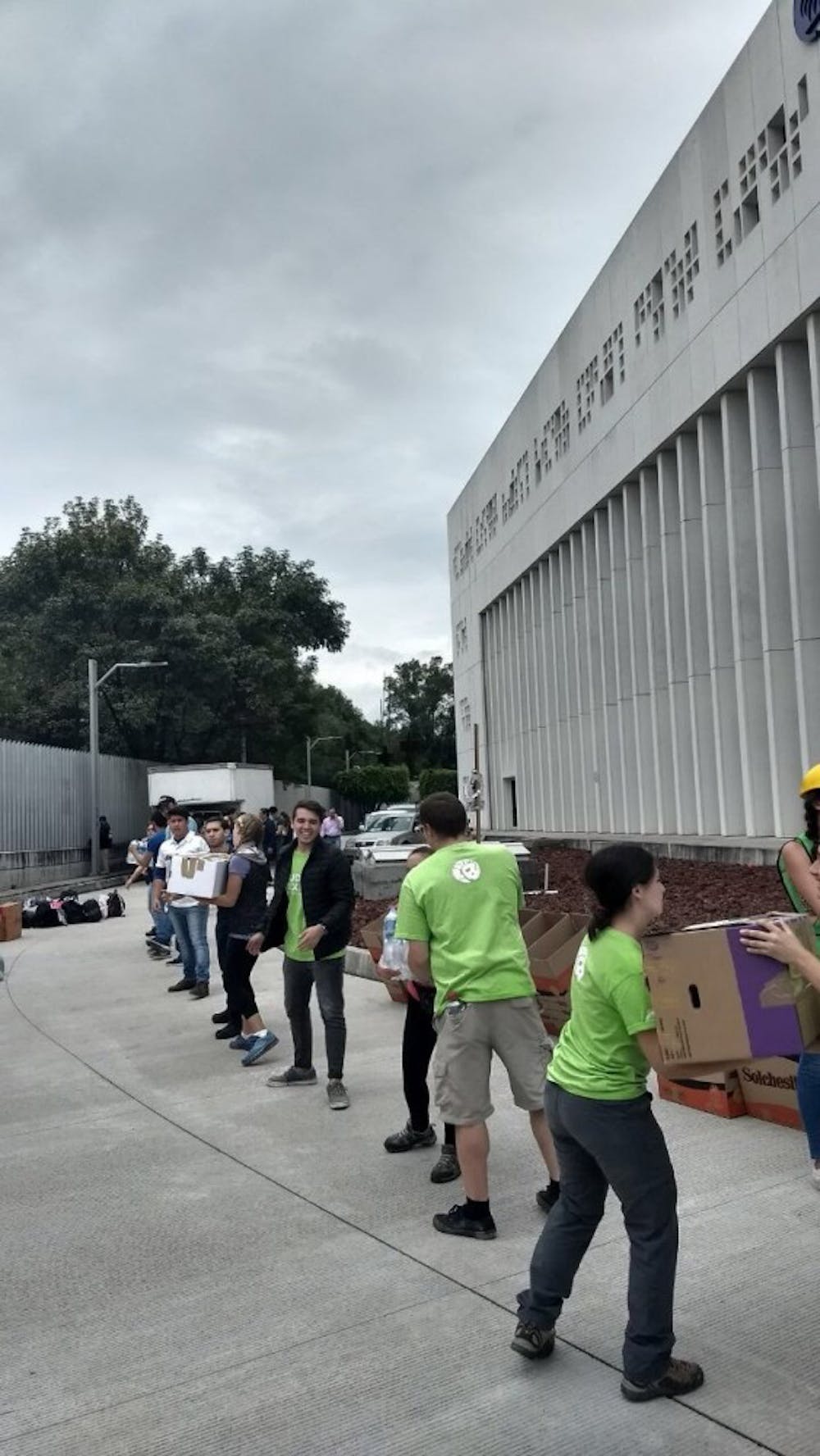 According to Hart, my experience was rare — very few ASU study abroad students are ever involved in an emergency situation. I looked back at pictures of my friends on the beach in Spain, drinking wine in Paris and climbing Swiss mountains and couldn’t help but compare my own study abroad experience to their experiences. What I realized is this — my time abroad wore me down, and it came close to breaking me. But I wouldn’t trade that for anything.

The earthquake was terrible. In the days that followed, friends and family members told me it was something that would affect me for the rest of my life. It was hard for me to put it in perspective. I cried a lot. I felt guilty for doing so, because I had lost so little, and so many others had lost so much. At least 360 people died in Mexico as a result of the earthquake, five of them at my university. Thousands were injured.

The earthquake was terrible, but what followed it was beautiful. It was hard to find places to volunteer because there were so many people wanting to help. Donation centers were full. I went to two hospitals to try to donate blood, but both turned me away because they had received so many donations that they had no room for more. People played music and made hot meals to distribute to volunteers and those left without homes. I've never seen such unity, such solidarity.