From NASA parts to works of art: how ASU utilizes 3D printing

3D printers can be used to make a variety of things, including home-made 3D printers

From creating art to NASA technology design, 3D printing is a common practice for ASU students and professors.

ASU students and staff have the ability to either use 3D printers in the 3D Print and Laser Cutter Lab on the Tempe campus, or even create their very own printers at home from scratch or with a kit.

“My junior year (of high school), I decided I wanted one for myself and they were all really expensive, so I decided to build my own," Oswalt said. "I did some research and went on something called the Prusa i3 model."

This model was created by, Josef Prusa, who started a 3D printer company that sells both the printers and separate parts.

Prusa made his printer designs entirely open-sourced, allowing the public to be able to create their own ones using his platforms.

“Going with that concept, I used the printer at my local makerspace to print out a bunch of 3D printer parts that Josef Průša put online for this type of 3D printer," Oswalt said.

After printing the various parts that Průša had published online, Oswalt sourced the final parts required to create the printer.

“It took a while to program it right, and basically everything I needed was all online and open-sourced, so I 3D printed some extra parts to upgrade it and designed some of my own parts to help improve it," Oswalt said. "That's what I really love about them. They are a machine you can use to improve the machine itself, so they are a really great tool and great machines to use.” 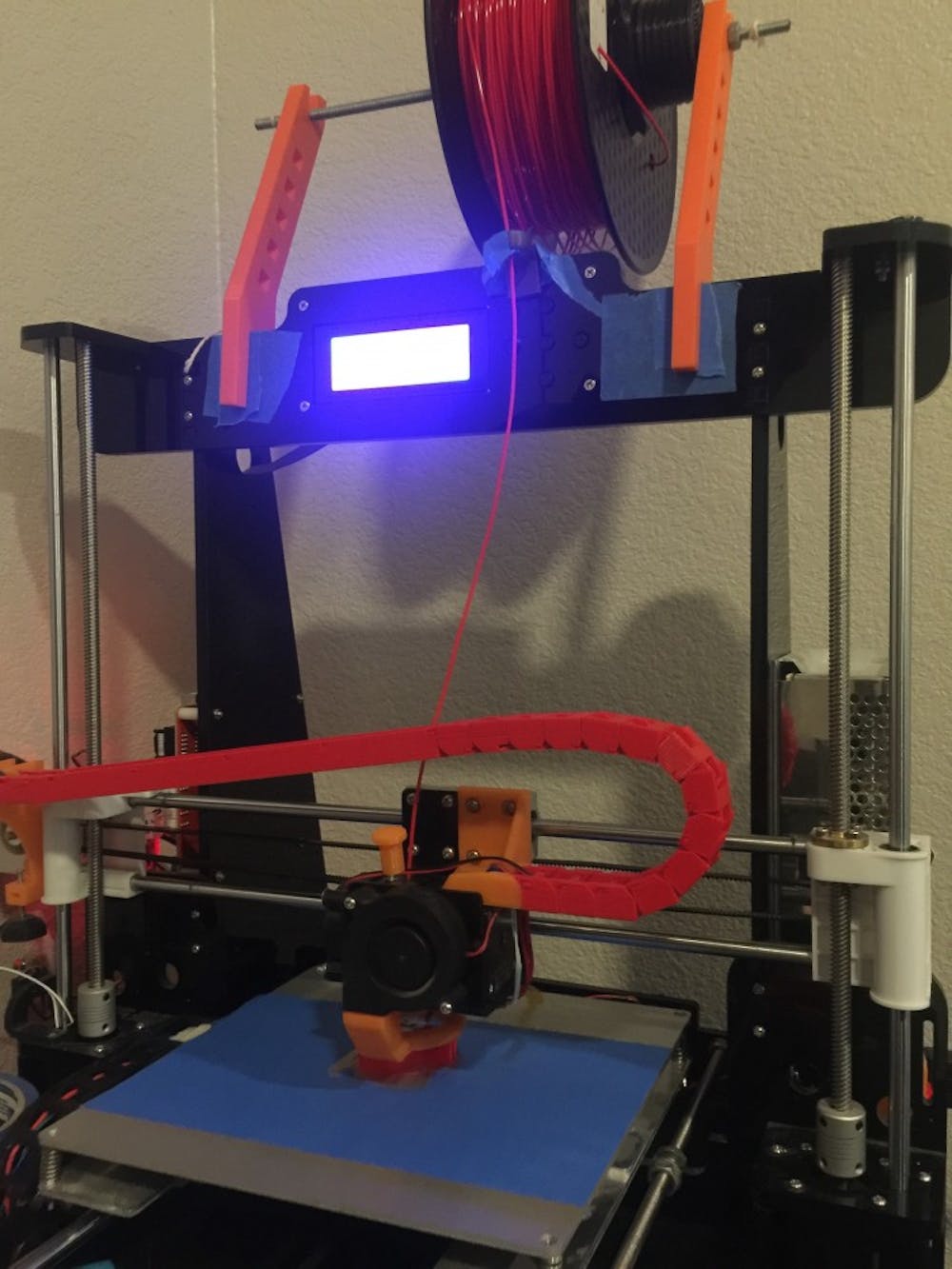 Even though Gilardi can use ASU’s printer lab, he decided it would be more fun to build his own hobby printer.

He said the process took over 14 hours to build from the box. Since building his very own 3D printer, he has used it to create an assortment of different objects, some being his favorite artwork.

“You can really make anything," Gilardi said. "You can print tools you want to use ... machine parts, art or prototypes.”

Dhruv Bhate, an engineering professor on the Polytechnic campus, has created a class in which students look at 3D printing using different categories.

“One (category) is design related, so we are asking ourselves now that we have 3D printing … (how can we) figure out what are the best ways we can exploit the technology to push design into new areas of higher performance parts and lower weight parts,” Bhate said.

Exploiting this technology allows them to design the parts using the least amount of material possible, but still keep its structure and stability in tact.

“The other aspect is what we call mechanics," Bhate said. "So it is how these structures are made ... When we 3D print that aircraft wing, how can we be certain that it will survive the conditions imposed on it?"

Bhate and his team are working on a project for NASA to create biomimetic cellular materials to make multifunctional lightweight structures.

“NASA and all of the folks in aerospace engineering are always focused on lightweight structures that fly, because the lower the mass or the weight of a structure the lower the cost to get it into orbit," Bhate said.

Bhate said the team is using a honeycomb structure within the components as a way to strengthen and reinforce the overall product without making it too heavy, so it is able to withstand space and flight.

Gilardi and Oswalt said that within the next 15 to 20 years, 3D printers will be a normal in-house item like a coffee machine or fridge.

“3D printing allows us to push boundaries," Gildardi said. "I think you can take something from your mind's eye and just kind of see it in front of you; you can do it at home, at (your) office or at a warehouse, you can (3D print) anywhere.”

The environment is worth the effort: Plant-based alternatives at ASU