Legislative District 26 covers Tempe and much of the Salt River Indian Community. ASU's Tempe campus is included in this district.

Running for re-election to the LD 26 State Senate seat is Juan Mendez, a native Arizonan and occasional substitute teacher. His opponent is Rebecca Speakman, who works as a realtor in Mesa. 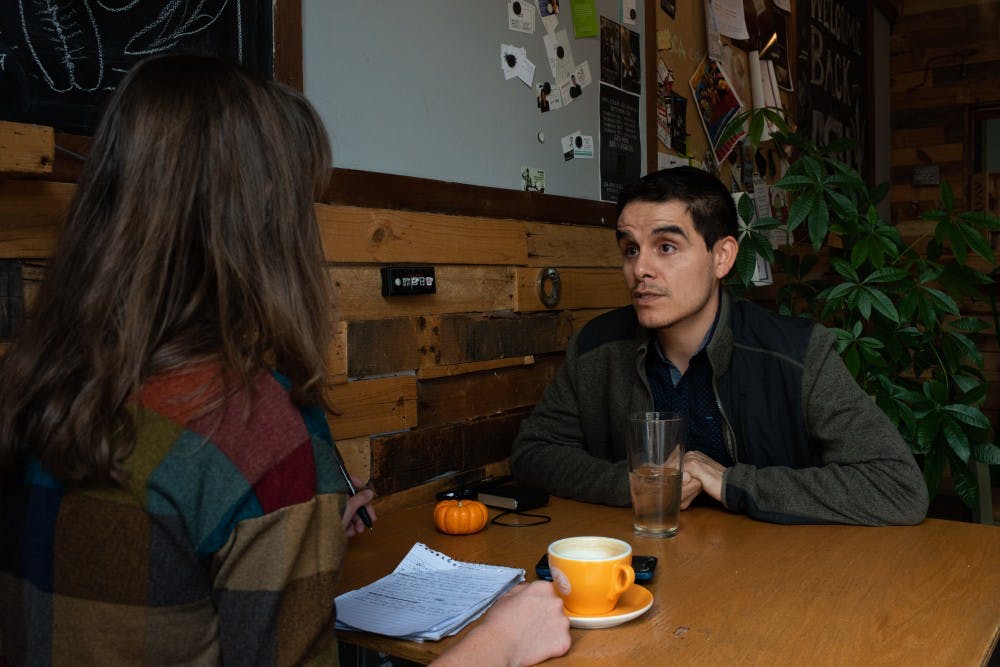 Education: "There still aren't enough people that champion higher education," Mendez said. Mendez supports K-12 education and said that teacher pay and a better curriculum is essential to his district and the state.

"Our big economies now are based around universities and in areas that are turning out more college educated people," Mendez said.

With LD 26 housing the Tempe campus within its borders, higher education is certainly a hot topic. As state senator, Mendez also has a vote in the state budget that allocates funds to various entities around the district including the universities and community colleges.

"I don't need to get into the nitty gritty and tell ASU how to be a better educator. It's more of just making sure they have the resources to do what they should be doing," Mendez said. "And so for our economy to do better, we just have to make college more affordable and make sure people are choosing (to go to) college."

Economy: Mendez said the economy in LD 26 revolves largely around ASU's Tempe campus. He said he disapproves of a lot of the recent tax cuts.

"We cut taxes ... and then turn around and see that our schools are struggling," Mendez said. "We are spending what money we have in the wrong places."

Mendez believes that a strong economy comes from its people, and that often those people are not getting paid a "livable wage," according to his campaign website. By raising the minimum wage, Mendez believes that would boost the economy rather than hurt it.

He was also very vocal about the cost of housing in LD 26.

"I've been looking for a place to buy a house in my district for the past couple of years, and I'm totally priced out," he said in a recent Clean Elections Commission debate. He said he's worked on legislation for affordable housing in Arizona.

Healthcare: Mendez supports healthcare for all regardless of social or economic status.

"When I was growing up, my mom had all those healthcare programs," Mendez said. "I know what it's like for a working, poor family to try and transition into stability and then somebody to yank away all their healthcare – it's just totally backwards. So I want to expand healthcare for everybody."

According to his campaign website, Mendez is working to make sure KidsCare, Arizona's State Children's Health Insurance plan, stays funded. 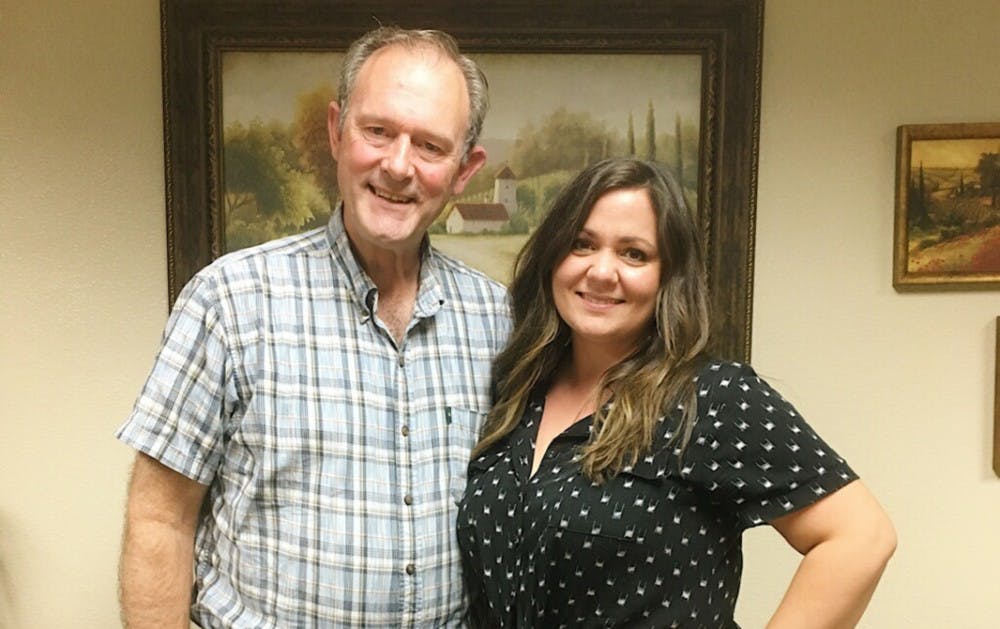 Ray and Rebecca Speakman pose for a photo in Ray's office in Gilbert, Arizona, on Friday, Oct. 12, 2018.

“I believe that the pursuit of higher education through colleges, universities and trade schools is a worthy cause, and should be more attainable for all," Speakman said on her campaign website.

She said in a recent Clean Elections Commission debate that education would be her first priority if elected to the state senate. Like Mendez, she agrees that a strong economy comes from a strong university and college system.

"A high quality workforce starts with a well-educated student body," she said.

According to her campaign website, Speakman believes that the "skyrocketing costs of tuition must be addressed," and she looks forward to working with ASU and other colleges within the district on this matter.

Economy: Speakman believes that the great economic disparity must be addressed in LD 26. She said that though the country and state as a whole may be booming, there are still those who struggle to make ends meet.

"We must find ways to honorably care for the most vulnerable among us, including our homeless and near-homeless population," she said via her campaign website. "I believe that continued economic growth is essential to allow for the reduction and eventual elimination of extreme poverty."

Healthcare: Speakman says the healthcare system in Arizona is broken and needs to be fixed.

"Many Arizonans are faced with impossibly difficult decisions regarding their healthcare every single day because of the unaffordable nature of our current healthcare system," she said on her campaign website.

She believes that healthcare should not be as unattainable as it is now for businesses and business-owners.

"We need to make it possible for more businesses to offer health insurance to their employees through incentives such as tax credits and more options for affordable coverage," she said via her campaign website. "We must not penalize small business-owners who want to grow but cannot yet afford to provide employees with healthcare benefits.”

Education: Speakman believes that Arizonans should have the ability to choose what type of schools their children go to.

"The State of Arizona has made it possible, through education reform and tax credits, to allow any parent to put their student in any school they feel will best suit that child’s needs," Speakman said on his campaign website.

Speakman also believes that higher education should be more affordable to those who seek it, and says on his campaign website that he will work with the universities and colleges within the district 26.

Economy: Speakman believes that the economy in Arizona is in need of fixing, and the way to go about that is by helping those who are less fortunate.

"If we could do more to alleviate poverty, as Jesus repeatedly commands us to do, maybe some of the less fortunate in the world could hum a few notes of 'There Is Sunshine in My Soul Today,' perhaps for the first time in their lives," Speakman said on his campaign website.

Healthcare: Speakman believes that healthcare is a private affair rather than one the government should be involved in. He also wants those with pre-existing health conditions to get the help they need.

"For those with pre-existing conditions, we need a have a system to protect and supply them with the needed help ... by getting the federal government out of healthcare, providing more competition, and encourage consumer choice," he said on his campaign website.

Education: Both believe that school funding is pertinent to allowing children to get quality educations throughout the district.

"We have too often seen the political establishment prioritize profit over the needs of students," they said through their campaign website. "The increasing privatization of our education system is a prime example of this trend."

Like Mendez, they also both believe that higher education in their district plays a key roll in LD 26.

Economy: Like Mendez, both candidates believe that a strong economy comes from its people, and that often those people are not getting paid a "livable wage," according to their campaign website. They believe  a higher minimum wage would boost the economy.

They both also believe that innovation in technology must be reflected in the workplace as well.

"As technology continues to advance, so must our workforce. Investing in programs of study that will provide people of all ages with the technical education and work-based skills that employers are looking for will create a strong bridge to meaningful and lasting employment for all Arizonans," they said on their campaign website.

Healthcare: Healthcare for all is a strong stance both these candidates, as well as Mendez, stand for.

"The Arizona Health Care Cost Containment System (AHCCCS) is one of the best-run Medicaid programs in the nation," they said on their campaign website. "We should build on that success by allowing every Arizonan to afford to buy into the program."

Both are also advocates for KidsCare, and hope to keep the program alive and funded if elected to the House.

Crow sends email to faculty on decision to return to campus

LGBTQ+ students have a range of resources at their ...

What is the legal basis, purpose, controversy and ...
Previous Next
×