The Biodesign Institute was named one of the Governor’s Celebration of Innovation’s Innovators of the Year for their work on saliva-based COVID-19 tests.

Joshua LaBaer, the executive director of the Biodesign Institute, said the decision to develop these tests was motivated by necessity.

"It was apparent that there was not adequate testing in the state of Arizona or really, in the country," LaBaer said. "And so we thought, maybe we could help with that, so a group of scientists here at the Institute got together in some sort of daily phone calls to see could we build a test at ASU."

The goal was for the test to help the University at a minimum and to eventually help the public, according to LaBaer. It also became clear to the team that scaling a nasal swab test wasn’t feasible, LaBaer said.

LaBaer said they aimed to design the entire process with less common components to avoid issues with supply chain management. ASU made a deal with the manufacturing company Micronics to produce one million test tubes, according to LaBaer.

The saliva test and the nasal swab both measure polymerase chain reaction, but LaBaer said more people would be willing to take the saliva test.

LaBaer said unpleasant nasal swab tests might dissuade some people from getting tested, but saliva testing is simple and easy to get samples from. The saliva test can return results in as little as 48 hours, according to the ASU website.

In July, ADHS announced a $12.7 million partnership with Biodesign that allowed the institute to set up testing locations across the Valley, according to an email statement from Steve Elliott, the communications director of Arizona Department of Health Services.

“We are thankful for the efforts of our partners at ASU who have helped expand our capacity to test more people in Arizona and who continue to aid in our response to the pandemic,” Elliott said in the statement.

Chuck Vermillion, the CEO of the IT service company AccountabilIT and a member of the GCOI’s award selection committee, said in an email he voted for ASU to receive the Innovator of the Year award because “It’s important to work on the highest priorities first.”

Vermillion also said the tests are “incredibly innovative,” especially for being one of the first saliva-based tests.

According to their nomination letter, the institute launched the Biodesign Clinical Laboratory in March for the purpose of these tests. The test was developed during a $40 million project for the Biomedical Advanced Research Authority and adapted a Federal Drug Administration emergency use diagnostic test, according to the letter.

LaBaer said the saliva test has similar accuracy to the nasal swabs but requires less PPE for healthcare professionals.

"When you do a nasal swab, there's a chance that you could induce coughing or even induce sneezing, and that would spread the virus back on the healthcare worker who's collecting the sample." LaBaer said. "If they're going to stay protected with the nasal swab, they have to wear a lot of personal protective equipment, they have to wear masks and face shields, and gowns, and gloves. And all that stuff is limited as well.”

The saliva tests also allow for more people to be tested at once, according to LaBaer.

"You don't need one healthcare worker per person to collect the sample," LaBaer said. "When we collect our samples, they're doing it alone in their cars, or sitting in a chair in a sort of isolated spot. And so we can get many people all at the same time."

Biodesign's purpose is to apply fundamental research in a way that will have an impact on the community, LaBaer said.

“If there was ever a Biodesign moment, this was it,” LaBaer said. 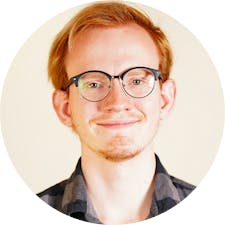