ASU police confirmed Montgomery’s death in a statement released on social media offering "thoughts and prayers" to his family.

"Joe was a very valuable member of our department who we love and we all had the highest respect for him, and his hard work and dedication to the ASU community,” ASU Police Chief Michael Thompson wrote in a statement. “I am beyond words and have extreme sadness for him and his family, and for each and every one of us who loved Joe.” 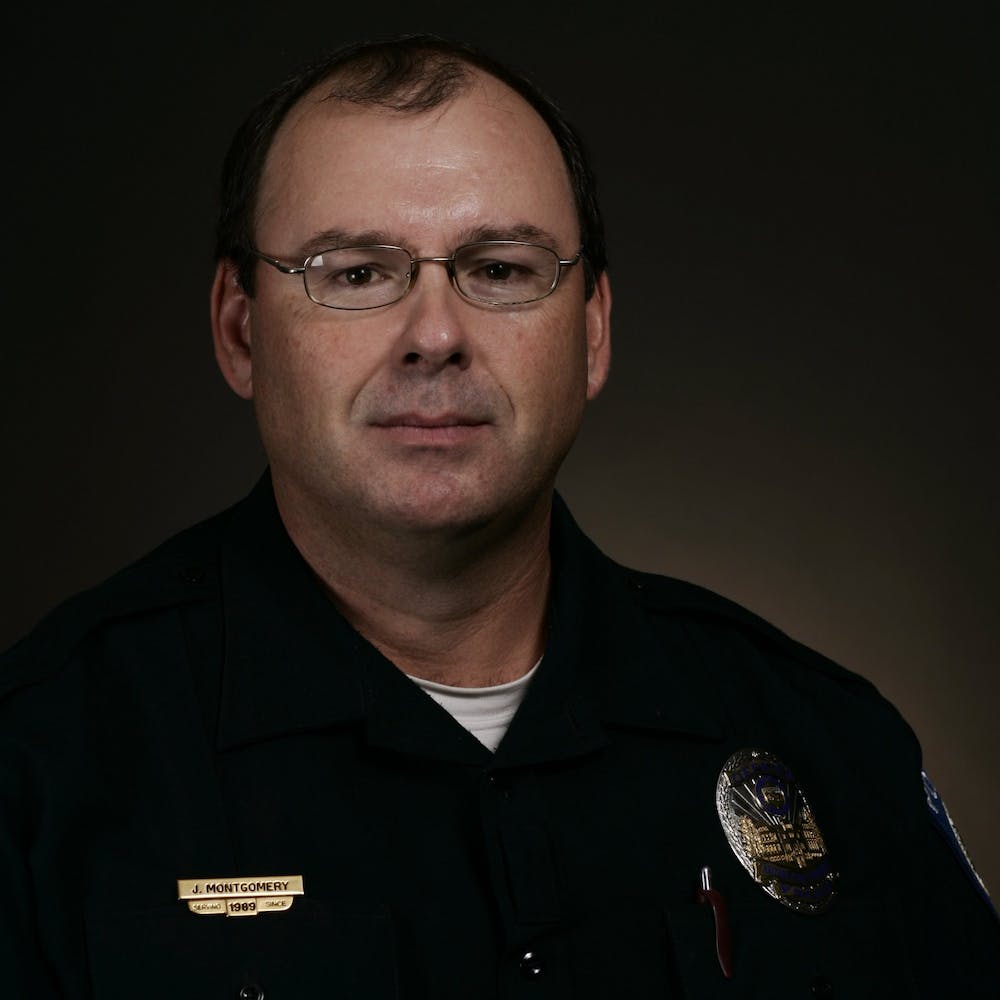 ASU Police Officer Joseph Montgomery sits for a portrait on an unknown date. Montgomery died after a motorcycle crash in Tempe on Jan. 14, 2020.

Montgomery was with ASU police for 13 years and was a father of four. He was 54 years old, according to the statement.

The crash occurred just before 8:30 a.m. on Loop 101 near University Drive, according to ASU police spokesperson Adam Wolfe.

The officer appeared to have “struck a wall” while exiting on the University ramp, Bart Graves, an Arizona Department of Public Safety spokesperson, wrote in an email.

The officer was taken to Banner Desert Hospital where he was later pronounced dead, Graves said.

The University ramp is closed for further investigation.

The news was first reported by AZ Family.

Editor’s note: This story was updated at 5:35 p.m. to include the officer’s name and information from an ASU police statement.