Volunteers are paramount to the COVID-19 vaccination efforts, but numbers are falling and the demand is rising

Hundreds of cars file through 12 lanes to wait the required 15 minutes post-vaccine as late as midnight on a Friday. Most people appear excited to receive their vaccine, others look tired and ready to crawl into bed.

People in yellow vests rush around with iPads and orange flags in hand, darting between pairs of headlights and taillights. They register patients for their second vaccine and control the seemingly never ending rows of vehicles.

This has been the scene at State Farm Stadium in Glendale every night since its opening on January 11.

State Farm Stadium is one of four ASU ASURE-led COVID-19 vaccination sites. Phoenix Municipal Stadium in Phoenix and the Sun Devil Fitness Complex and Desert Financial Arena in Tempe join State Farm as some of the most efficient distribution sites for the vaccine. State Farm alone can vaccinate hundreds per hour.

For an endeavor of this magnitude, a small army is required.

One woman and her husband drove from Tucson in order to take the night shift at State Farm so they could receive their vaccine.

These volunteers are often unpaid and perform tasks that do not require extensive training, such as checking in and verifying the identity of patients. Instead of payment, they have the option to receive the COVID-19 vaccine at the end of their shift as an incentive to participate.

The orientation and training process is quick and simple: volunteers are split into groups and assigned to different zones in the site. They are given a job based on need around the facility.

Volunteers are "trained" by who they're replacing, and generally figure out how to efficiently do their job as they go.

ASU students have a variety of ways to get involved at these sites, both in paid and unpaid positions.

Erin Schneiderman, a clinical assistant professor and a student involvement leader for the vaccination event, has recruited 80 paid students to help run the sites.

Despite the volunteer recruiting effort's initial aim toward students a part of the Watts College of Public Service and Community Solutions, Schneiderman soon realized all disciplines have unique skills to bring to the table. 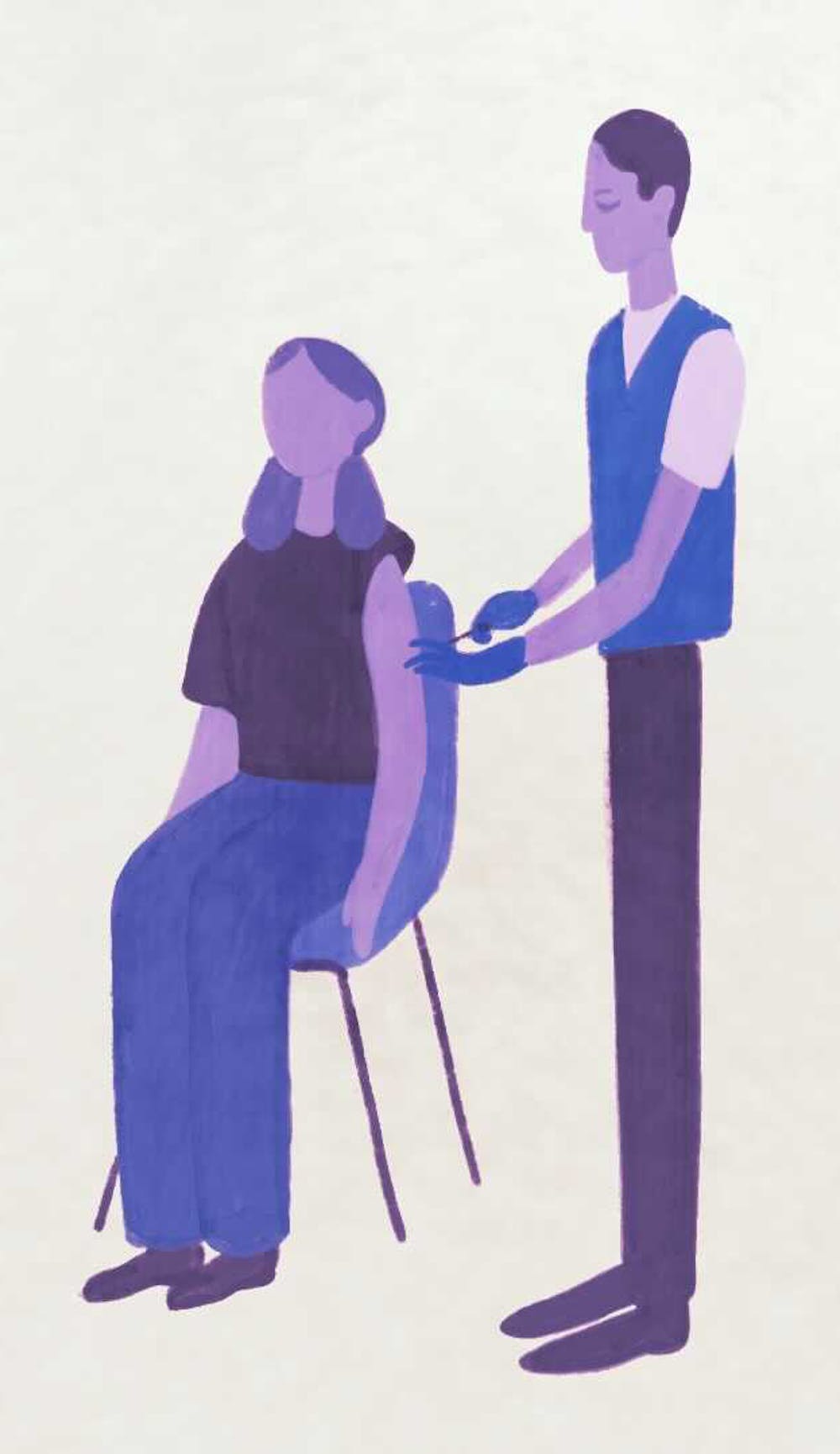 Adrienne Green
"Volunteers have helped distribute the majority of vaccines in Arizona."

"Well, we started with special event management," she said. "You saw the traffic flow, you saw the hospitality, right? You probably got fed a meal ... That's all an event coming together."

Schneiderman's team works with a staffing agency called Professional Placement to recruit and onboard the student workers, who have accumulated over 5,000 hours so far.

Hannah Mason, a freshman studying nonprofit leadership and management and communication, works as a task manager at Phoenix Municipal and is one of the 80 students recruited by Schneiderman.

"(The volunteers) are some of the best volunteers I've ever worked with," Mason said. "They're so willing and eager to go work."

Elaine Chaffee, a freshman studying biological sciences, was given the opportunity to volunteer at the SDFC through word of mouth.

"A girl put the link to sign up for a shift in my sorority group chat and then I went and signed up," she said.

Chaffee volunteered twice in March and said she had a great experience both times, interacting with other volunteers and giving back to the ASU community.

"I would (recommend it) because the training is easy, the people are nice, and most of the people going through are happy," she said.

HandsOn Greater Phoenix is an organization partnering with ASURE to bring in volunteers from all over Arizona and beyond to help the sites run smoothly. They have registered nearly 20,000 volunteers for the Phoenix Municipal and State Farm sites so far, with over 15,300 of them volunteering during March alone.

Many volunteers sign up with the intent of receiving their COVID-19 vaccine afterwards, as all HandsOn volunteers are guaranteed one if they wish to take it.

Because of this, past sign up slots have been filled quickly. On March 9, thousands of shifts scheduled for the following week at Phoenix Municipal and State Farm Stadium were filled in only an hour.

Now that all Arizona residents above the age of 16 are eligible to receive the vaccines, the incentive to volunteer greatly diminished. HandsOn has experienced a sharp downturn in signups and an increase in no-shows since the news broke on March 22.

"We're delighted that everybody has access to the vaccine," said Rhonda Oliver, president and CEO of HandsOn Greater Phoenix. "But it's going to make it really difficult to staff these mass vaccine sites, and right now we need 700 volunteers a day just between State Farm and Phoenix Muni."

Ironically, the shortage of volunteers has bottlenecked the vaccination efforts because of lowered capacity at the sites.

State Farm's wait times have soared upwards of four hours due to the shortage.

Prior to the opening of eligibility, volunteering shift slots would be filled in minutes. As of April 7, State Farm had hundreds of slots open, a stark contrast from the mad rush to secure a precious vaccine.

Oliver predicts there will eventually be an uptick in volunteers again once people realize it is easier to sign up for a volunteering shift than a vaccine appointment.

Volunteering now is especially important for students, as ASURE recently opened an indoor vaccination site at Dexcom distribution center in Mesa, near the Polytechnic campus.

If you are an ASU student looking to get involved with the ASU community and broader Phoenix community, email Erin Schneiderman or register to volunteer with HandsOn Greater Phoenix. 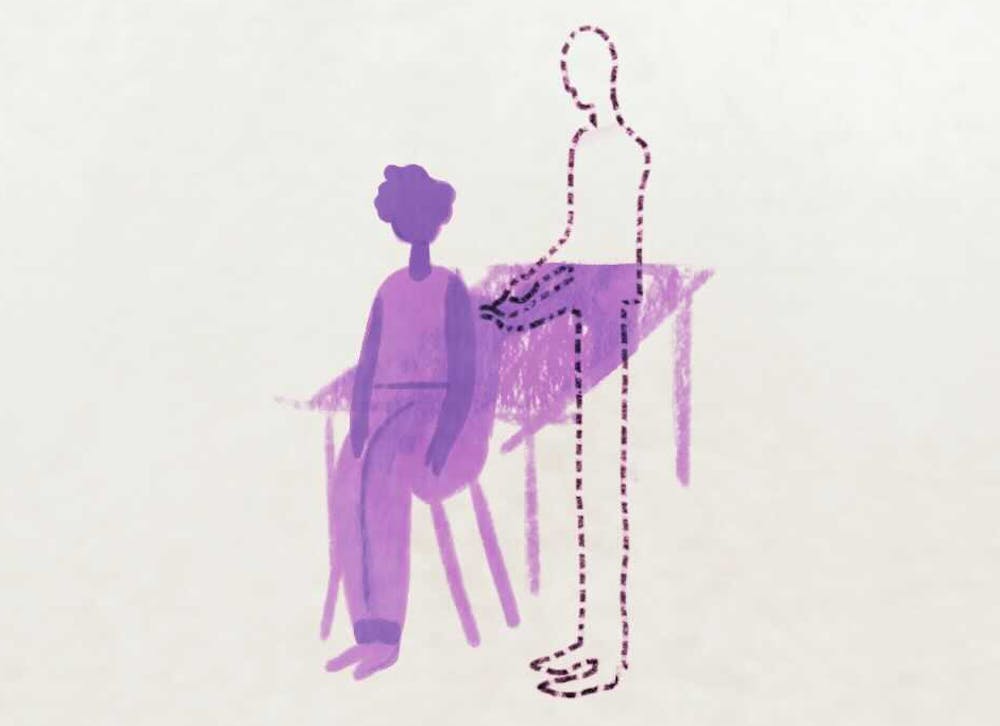 Adrienne Green
"Not enough volunteers limit the amount of vaccines that can be distributed."