For the fifth time in recent months, Senate Republicans blocked Democrats' voting rights legislation using the filibuster, a delay tactic that can stop a bill from passing.

The Senate requires 51 votes to pass a bill after debate has ended, but it takes 60 votes to end debate — the requirement for passing most legislation. The bill struggled to reach this number, leading to it being filibustered by the Republican party.

On occasion, the Senate issues a filibuster exemption when they workaround Senate rules for the sake of public interest. Fifty one senators would need to be on board to get this exemption. However, West Virginia's Democratic Sen. Joe Manchin and Arizona's Democratic Sen. Kyrsten Sinema voted with Republicans in support of keeping the rule, putting the party short of the 51-vote threshold and killing the bill.

Phases of the filibuster

The filibuster, a procedure unique to the Senate and not part of the Constitution, was a byproduct of the body’s changing rules on debates with no time limits. Senators can opt to talk for hours preventing debate and votes.

The longest filibuster was given in opposition to the 1957 Civil Rights Act by Strom Thurmond, a former senator for South Carolina, who spoke for 24 hours and 18 minutes.

Today, senators can announce they are filibustering, avoiding the need to speak altogether.

“They realized that someone speaking for hours on (a bill) —  I mean, many hours on it — reading the phone book or Dr. Seuss or whatever, it was a nonproductive use of time,” said Brooks Simpson, ASU Foundation professor of history.

Cora Fiedler, who participated in the AZ Youth Hunger Strike for Democracy, said Sinema told students she supported the Freedom to Vote Act and the John Lewis Voting Rights Advancement Act in a meeting at the Capitol in December. 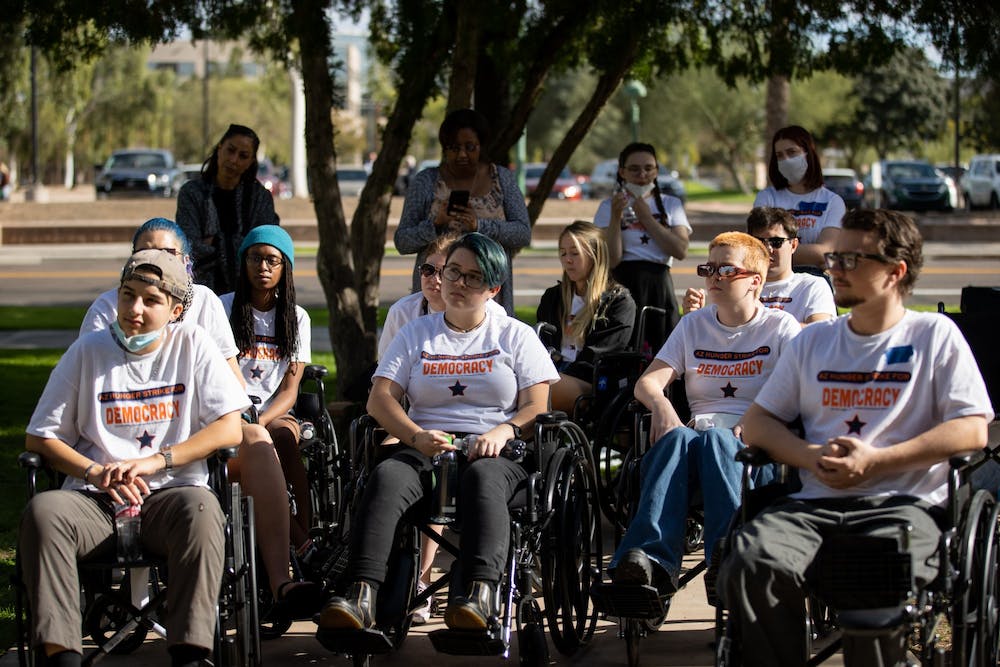 Hunger strike participants listen to a speaker outside the Arizona State Capitol in Phoenix on Thursday, Dec. 9, 2021.

After the bills passed the U.S. House of Representatives on Jan. 13, Sinema took the Senate floor and said she would not support undermining the filibuster to pass legislation.

“This week’s harried discussions about Senate rules are but a poor substitute for what I believe could have – and should have – been a thoughtful public debate at any time over the past year,” Sinema said on Jan. 13.

Sinema and Manchin proposed a practice of bipartisanship for a functioning Senate, arguing attempts to strike down the procedure will grant Republicans the same power in the future.

Fiedler, a senior studying microbiology and political science, disagrees. She said the filibuster can stay and it can change.

Breaking down the voting rights bill

The Freedom to Vote Act looked to expand voter registration and voting access through same-day registration, automatic registration and early voting. It would have standardized voting election laws across the country, established Election Day as a federal holiday and ended gerrymandering.

Fiedler said gerrymandering results in American people not being well represented in Congress. "They're supposed to represent us, but they can't represent us if we can't vote for them,” Fiedler said.

Jesse Chanley, a social science lecturer, said the bill would have made it easier for people to vote through "sweeping changes about how candidates are financed and how districts are drawn."

“All of those things can be manipulated in ways that make voting difficult, usually discriminating against poor people,” Chanley said.

The John Lewis Voting Rights Advancement Act would have changed the way federal courts handle election cases and restored key provisions of the Voting Rights Act of 1965, which have been struck down by the Supreme Court.

Before being combined with the Freedom to Vote Act in November, the legislation failed to pass.

The Native American Voting Rights Act was also incorporated into the latter bill, seeking to determine the rights and obligations of states and counties when administering elections on tribal lands.

Torey Dolan, a member of the Choctaw Nation of Oklahoma and the Native Vote Fellow at the ASU Indian legal clinic, said Indigenous communities don’t have equal access to in-person early voting here in Arizona.

“Sometimes they have to drive hours or the only in-person early voting opportunity on their reservation, if they have one, is for a few hours,” Dolan said.

While advocates for the voting rights legislation continue to fight for provisions and parts of the bill to be passed, as of now, the filibuster in the Senate is here to stay.

Correction: A previous version of this article incorrectly stated a student's year in school. The story was updated at 4:43 p.m. on Feb. 11, 2022 to correct the error. 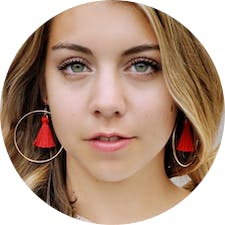