ASU has hired Natasha Adair to become the next head coach of the women's basketball program, the University announced Sunday.

"I knew was the place I needed to be," Adair said in a press conference on Monday. "The alignment, vision, innovation, and national brand is why I call ASU home." 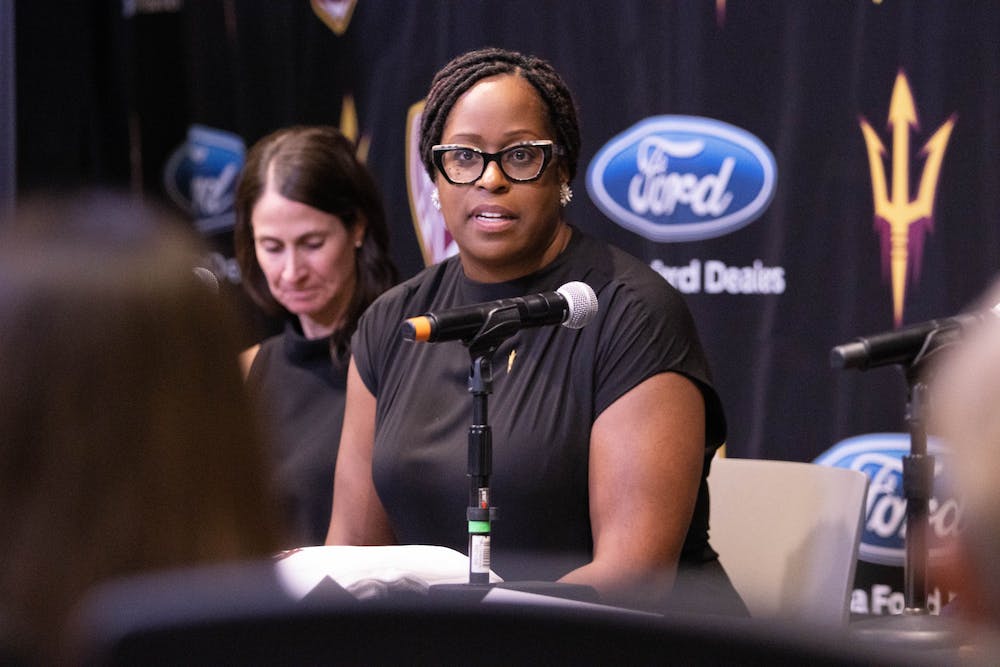 Adair comes to Tempe after serving as head coach for five seasons at the University of Delaware and will take over for former head coach Charli Turner Thorne, who announced her retirement in early March.

"To Charli Turner Thorne, thank you for setting the foundation for this program," Adair said. "I would be remiss if I did not thank her. We want to take this program a step further. We want to contend for national championships and get to Final Fours. We have to push a little harder."

This past season, Adair led the Blue Hens to their third Colonial Athletic Association title in program history and their first NCAA Tournament appearance in nearly a decade. In 2020-21, Adair won the CAA Coach of the Year honors after winning the regular-season title.

Adair also served coaching stints at Georgetown University and the College of Charleston, compiling records of 37-54 with Georgetown and 35-31 at Charleston.

She has also been a coach at the national level, serving as an assistant coach for the USA 2018 U18 women's basketball team, which took home a gold medal at the 2018 FIBA Americas U18 Championship.

Throughout her career as a coach, she has developed and mentored four WNBA draft picks and several others who went on to play overseas.

"As I take on this program, I will lead with love," Adair said. "I will encourage them, inspire them. I'll be there every step of the way encouraging them along the journey to success."

Adair is also a founding member of the Black Coaches United, where she has been acknowledged as one of the top women's basketball coaches in the country.

Editor's note: This story was updated on March 28 at 4:54 p.m. to include quotes from Natasha Adair.