ASU students recall fond memories of the bar, mourning ‘the end of an era’ of late nights and $1 drinks

Vine Tavern & Eatery — the popular bar on Apache Boulevard near ASU's Tempe campus, known among students for its Wednesday specials and as a staple of the ASU experience — will permanently close on Saturday.

A new Vine location will be opening in the Ahwatukee area of Phoenix in September of this year, according to agenda notes from a July 1 Phoenix City Council meeting. Vine’s south Tempe venue, located at the intersection of Elliot and Rural roads, will not be closing.

Claims that the Apache Boulevard site will be bulldozed to build an apartment complex have not been independently confirmed by The State Press. ASU is not involved in plans to buy or develop the land, University spokesperson Jay Thorne said in an email to The State Press.

FYI to all ASU Students and Grads. The Vine Tavern is closing July 23rd permanently, place is being bulldozed for apartments @tempebarstool @ASU

The first Vine Tavern was an Irish pub in downtown Iowa City, established in 1970. Vine on Apache, its second location, first opened its doors to Tempe college students and sports fans in August of 1986.

For the past 36 years, the bar has been popular among several generations of ASU students. It is especially notable for weekly "Vine Wednesdays," featuring "$1-you-call-it" drink specials.

"It’s the end of an era for sure," said ASU alumnus Tanner Emeterio, a 2018 graduate of the W.P. Carey School of Business.

Vine on Apache was the site of some of Emeterio’s most significant memories from his college years. It was the first legal bar he ever went to — when the clock struck 12 a.m. on his 21st birthday, which happened to be on a Wednesday, he immediately went to Vine to celebrate. 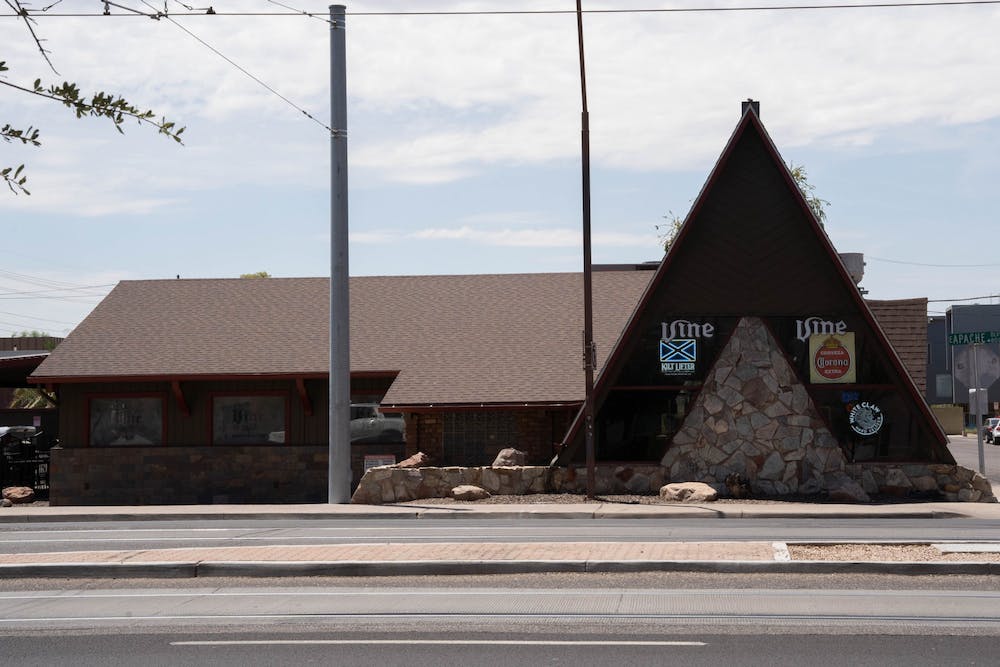 Vine Tavern and Eatery on Rural Road and Apache Boulevard, on Tuesday, July 17, 2022, in Tempe. The restaurant will close its doors on July 23 after 36 years.

Emeterio also "made things official" with his college girlfriend at Vine. Now, she's his wife. He said a friend had a similar experience with their partner.

"Life talks, hanging out, getting drunk, pre-gaming, it covered all the bases," Emeterio said. "We’ll have a lot of fond memories for sure."

Part of Vine’s popularity likely stemmed from its proximity to the University. Located at the southeast corner of ASU’s property, it was a conveniently located dive bar for any occasion.

Dominic Ruffin, a 2021 graduate of the Walter Cronkite School of Journalism and Mass Communication, called Vine a "Tempe stalwart" and a "rite of passage" for students. It was well known among ASU students and locals, but often unknown to those outside Tempe.

"It was unique," Ruffin said. "If you drove by, you’d blink and miss it. I think that's what gave it its lore, its luster, its appeal."

Many online expressed their frustration with what they perceived as the loss of yet another longtime Tempe establishment and the city’s changing character. "#1 in gentrification!!" commented one Instagram user on a post from @tempebarstool.

Ruffin expressed a similar sentiment. Citing a recent lawsuit between Shady Park, another nearby Tempe staple, and Mirabella at ASU, a retirement home, Ruffin said he felt developers seem to be "targeting establishments that have a reputation."

"College towns are kind of going away with gentrification and all that …" he said. "(Vine) is important to ASU and its culture and the city of Tempe. It's really sad to see these landmarks go away."

Alexis Waiss contributed to the reporting of this story.