Xiaoying Wen was pursuing a doctoral degree in piano performance

Xiaoying Wen, a gifted pianist who was pursuing a doctorate in piano performance at ASU, died Thursday after his bicycle was struck by a motorist near the ASU Tempe campus, according to Tempe police.

Wen was riding his bicycle on the corner of Rural and Vista Del Cerro Drive when he was struck in the crosswalk by a pickup, according to a statement provided by Tempe police spokesperson Lily Duran.

“The impact of the collision caused the rider to fall down,” according to the statement. “The cyclist was transported to the hospital and later was pronounced deceased. … It’s an extremely tragic incident and our condolences go out to Mr. Wen’s family.”

Police have not yet identified the driver involved in the incident. 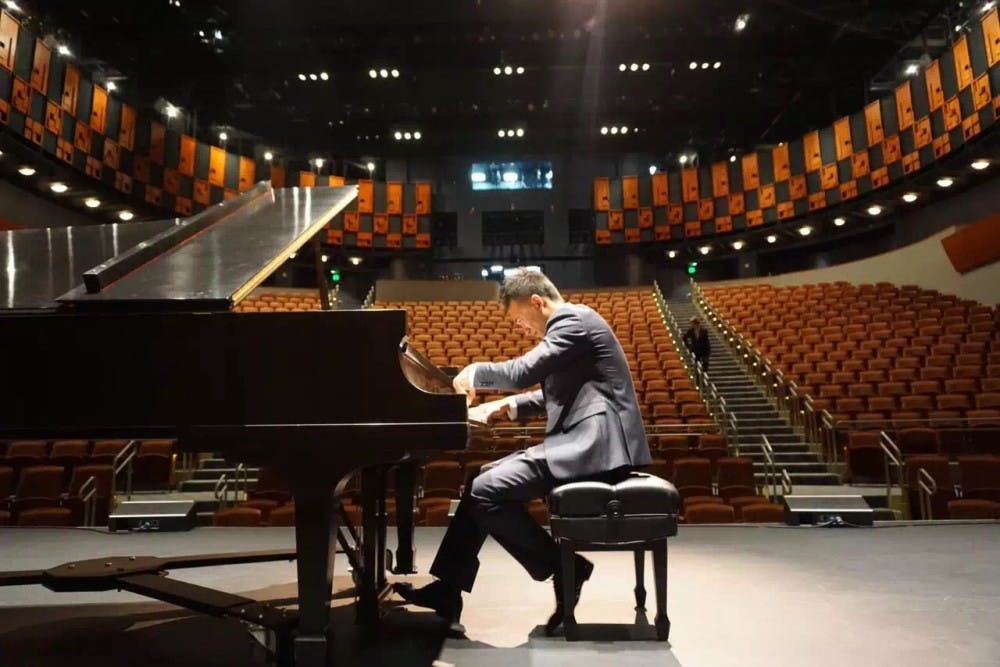 Baruch Meir / Courtesy
Xiaoying Wen, an ASU student pursuing a doctoral degree in piano performance, died last week after his bicycle was struck by a car.

Wen was a gifted and dedicated student, according to Baruch Meir, a professor in the ASU School of Music who worked with Wen since his arrival to ASU in 2014.

“He’s the hardest-working pianist I’ve ever worked with,” Meir said. “He would practice seven, eight, 10 hours a day.”

Meir also remembered Wen as being an incredibly kind person, in addition to his musical abilities.

“He was really an amazing human being,” he said. “He was so kind and warm to everybody. He never said one bad word to anybody … really a special person.”

Meir said a fellow student called him Thursday with news of Wen’s crash and he immediately went to the hospital to see him.

“We were at the ICU for a few hours, that’s when he passed away,” Meir said. “We saw him from the beginning — there was no response. Then his heart failed and they tried to revive him for like two hours.”

A memorial is being planned and Wen’s family is travelling from China to attend, Wen said. Friends also held a candle lighting at the spot he was killed.

“It’s been horrible for me and for his fellow students,” Meir said. “We were in the hospital praying for a miracle.”

Editor's note: This story will be updated as more information becomes available.