Steven Hoppe describes himself as a husband, a father, a firefighter and a cancer survivor — and now, a competitor on NBC's new series "The Titan Games."

The former ASU football player, who graduated from the University in 2004, will appear on Thursday night's episode airing at 7 p.m. MST. The show, hosted by Dwayne “The Rock” Johnson, features men and women facing physical challenges, of which Hoppe said were an opportunity to prove that any obstacle is capable of being overcome.

This interview has been edited for clarity and length.

Q: What made you decide to compete in "The Titan Games?"

A: My kids. When they reflect back and see their dad, I just want to make sure that they have somebody that leads by example. I've had a lot of things happen in my life as far as adversity and struggles and that stuff. I just want to make sure that they know that the biggest thing that they put their mind, put the hard work in and stay consistent, that they can pretty much do whatever they want and get whatever they want. But it comes with a lot of hard work and consistency.

I’ve always been timid and quiet about my story and just kept to myself. After my recent bout with cancer, and overcoming that, I figured I'd put my story out there. If it can help one person or a thousand people, that's where I'm coming from, and I want to help. 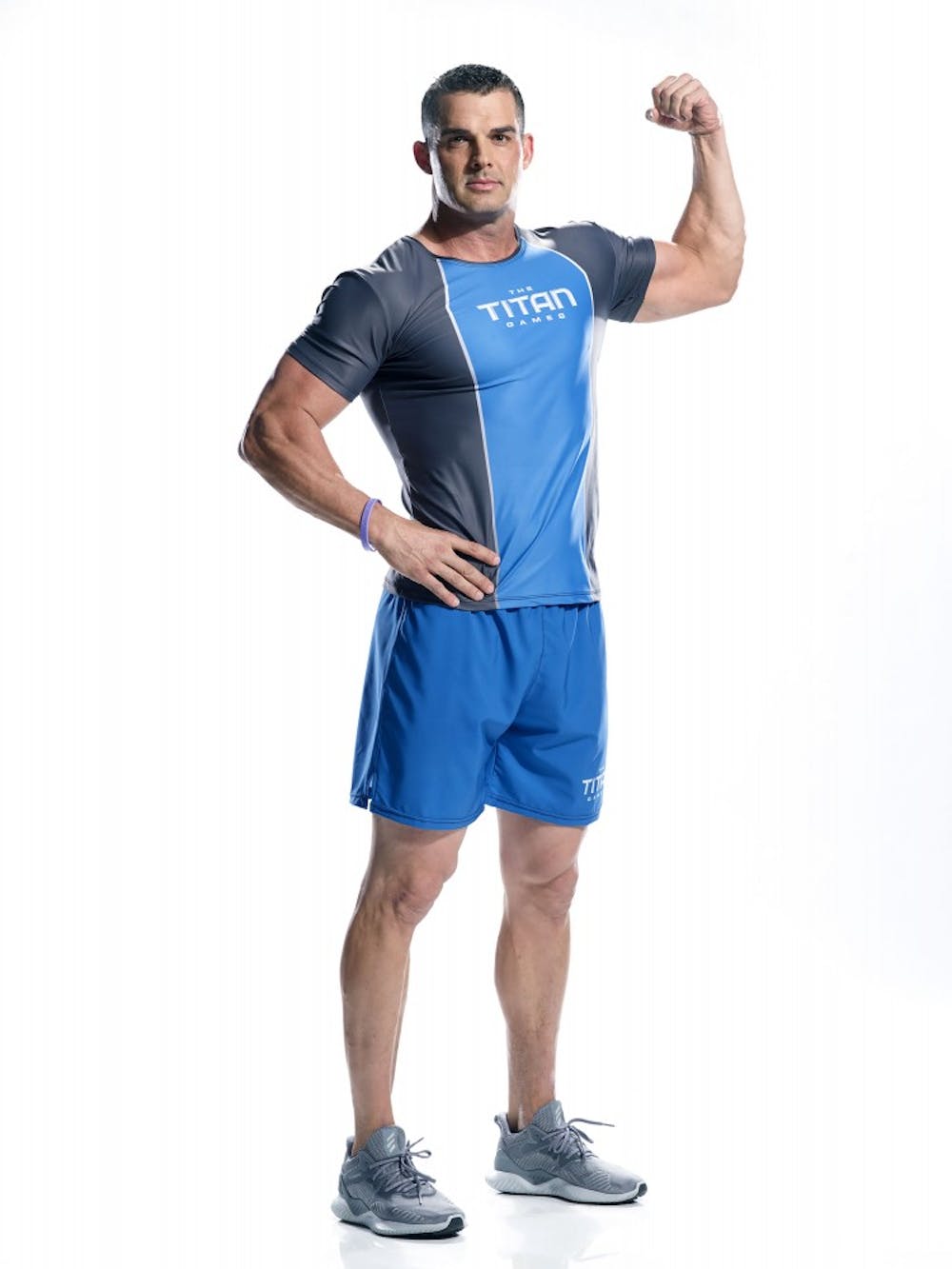 Q: What did you learn from being on the show?

A: That I can inspire people. Just continue working, continue competing, continue going after the things you love to do and want to be a part of. A big thing for me is you never know what’s behind closed doors until you open them. So, there’s still a lot of things that possibly could happen with "The Titan Games" and creating and opening doors for me. I’m just excited to see where it takes me.

Q: How did your life experiences help you as a competitor?

A: I have gone through a lot in my life with different adversities, and I think me having the no-quit attitude, consistency and always striving to be a better person every day...helped me tremendously to get on the show. It helped me tremendously in the competition that I had in the show. Everything that I’ve done in life I had to fight for, to get where I’m at. I think that’s going to be me until the day I die, and I’m going to fight not to die. It’s just who I am. I’m a competitor at heart. It’s just part of my DNA. This was just another competition for me to go out and have fun and enjoy life. You only live once.

Q: What are you most excited for when the show airs?

A: Just honestly, seeing my kids’ reactions. Just being able to watch them as daddy competes on TV. I think it’ll be huge for them.

Q: Do you have any advice for other cancer survivors or those still fighting?

A: I think for you to be successful at going through it, you have to have a no-quit attitude and an emotional state where you want to live. There’s a reason and there’s a purpose to live. For me, it was my kids. That’s my advice to people, is just find that one thing that makes you happy and makes you want to get through the things.

Go out and live life. Everybody gets caught up in their life, as far as the day-to-day thing. Go after the things that you dream about. It was kind of eye opening for me when I did get diagnosed. There’s still a lot of things that I want to do in life, and I’d been in a path of day in and day out doing the same things and not challenging myself — not putting myself out there for new experiences and new things to try to adventure through. So that would be my advice to people that are cancer survivors. Live every day to its fullest and try to open up new doors. Try to do different things. You never know what is going to come from it.

It's official, the episode we all have been waiting for is coming this Thursday, January 10th at 7pm on @nbctitangames. If the premier keep you on the edge of your couch, you won't want to miss this episode!!! @bridgerbuckley @davymichael @sevenbucksprod @therock @nbctitangames #dadbod #familylife #thetitangames #athlete #motivation #bloodsweatrespect #2019newyears #nopainnogain #hardwork #noquit #success #f@&kcancer #allday #kids #loveyourlife #fitness