Zylan Cheatham expresses intent to declare for the 2019 NBA Draft

The informal announcement came via Instagram during a Q&A session Cheatham held on his account. A user asked him if he would declare for the draft, and he responded with, "Yea."

Another user asked if he would attend the NBA Draft Combine, with Cheatham's response simply being, "I hope so." 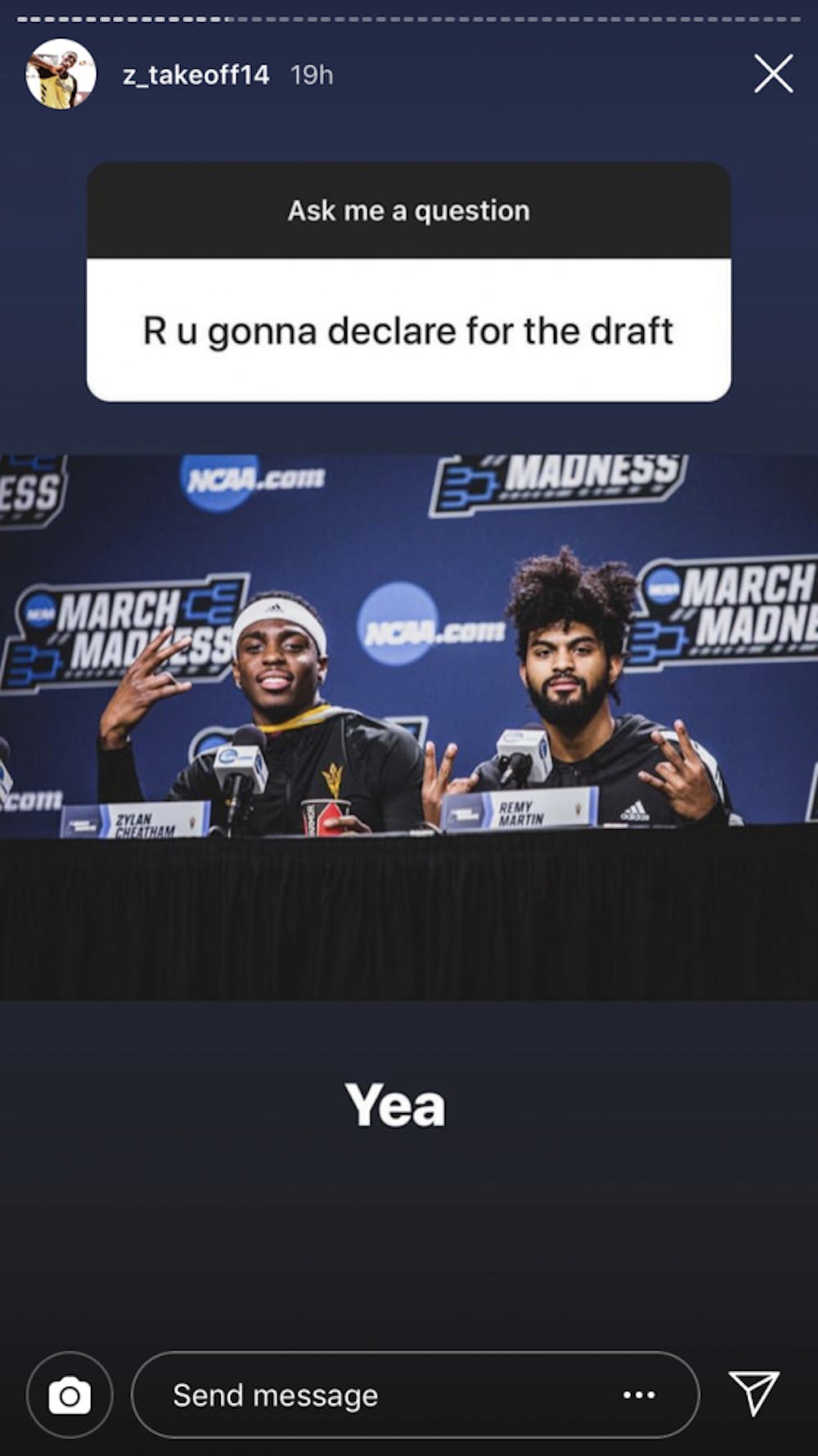 Cheatham has slipped in and out of draft projections throughout the year. He was often projected as a mid-to-late second round pick. However, he has fallen out of NBA Mock Drafts recently, as many mock drafts have him outside of the top-60 players listed.

Cheatham played an integral role for the Sun Devils this past season after transferring from San Diego State, averaging 12 points and 10 rebounds per game in 34 games. He averaged almost 10 points and seven rebounds overall in his three years of collegiate basketball.

This season, Cheatham recorded the second triple-double in ASU history when ASU got an 83-71 win over Texas Southern, during which he scored 14 points, got 13 rebounds and dished 10 assists.

"Every step of the way up until this point, including losing today, every moment I was on the floor I was grateful," Cheatham said after the team's loss to Buffalo in the NCAA tournament. "I had a great time, I had an unbelievable experience. This is stuff I'm going to tell my kids about."

"You know, he's unselfish ... he's not the guy to go look for the box score, see how many shot attempts he has," Hurley said. "There's so many things that he's done, he's a great person."