Tempe annexes land for the first time since 2006

Tempe has expanded its boundaries for the first time since 2006 by annexing a portion of north Tempe, planning to transform it into improved residential living and retail opportunities.

The land was unincorporated, meaning it did not formally belong to a town or city.

"There are a lot of benefits that come with the city of Tempe, for example, the infrastructure is really good," Adams said. "When you live in a city there are huge benefits like the city's ability to control flooding, have sewer lines and garbage pickup. I think over the years and recently a lot of people have seen the benefits of that."

According to a press release, Adams and economic development director Donna Kennedy, plan to turn the land into "a more desirable area". Working in conjunction with Bayan Residential, the plan is to develop approximately 650 residential and retail opportunities in the annexed land.

Akheil Singla, assistant professor in the School of Public Affairs, researches and teaches on public financial management at both the state and local levels. In the western region of the United States, Singla said there are a lot more opportunities to take part in the annexation of land, because more land is unincorporated.

According to "A Guide for Annexation" created by the League of Arizona Cities and Towns, only unincorporated land can be annexed in the state. 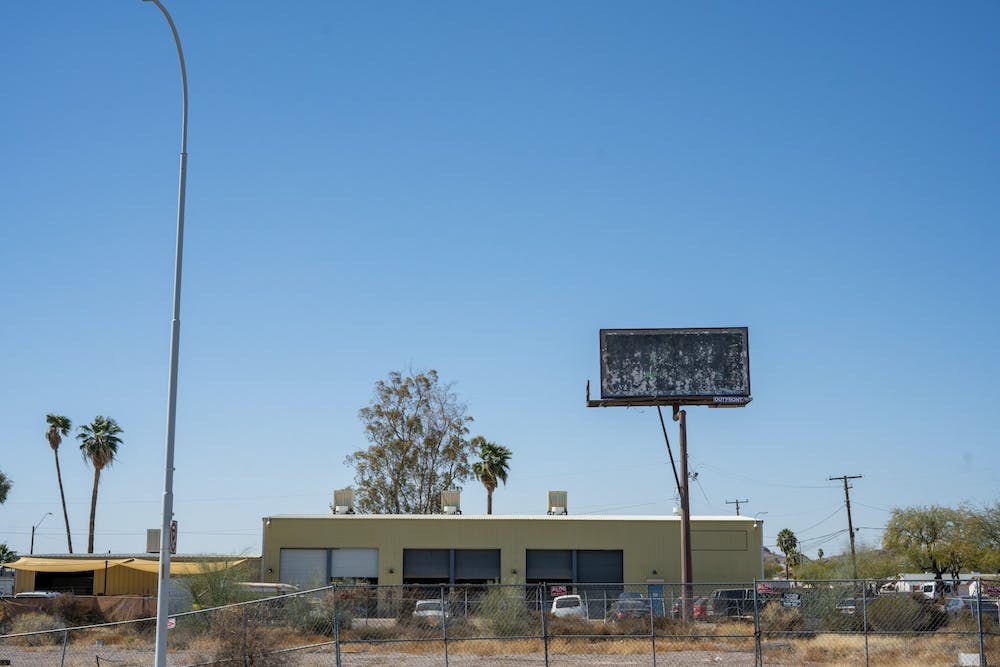 A rundown billboard in Tempe is pictured on Wednesday, March 3, 2021. The billboard is on land that the city of Tempe is annexing.

"The developer is planning on building residential living, but there are a remaining 50 plus acres of property left to be developed. If someone acquires property, we will help them try to partner them with businesses to open there if that is what they want. Or if an office is built, we would help them find tenants to occupy the building," Kennedy said.

Both Adams and Kennedy agree there will be opportunities for ASU students in the new development, whether that be through housing, office space or more due to its proximity to the ASU Novus Innovation Corridor and SkySong, The ASU Scottsdale Innovation Center.

"It will benefit the community because it won't be an eyesore for residents anymore. It will also be a nice place for people to live because of the location near the lake and ASU properties," Adams said. "Environmentally, we're going to get it cleaned up so the community promotes sustainability. Hopefully, it will become a lot more user-friendly area and a place where people can go and enjoy themselves."