The election saw 40 students run for 65 open Senate seats, and the four executive tickets ran unopposed for the first time in at least nine years

The Undergraduate Student Governments at all four main ASU campuses announced their 2022 election results Thursday. All executive tickets ran unopposed for the first time in at least nine years, while a total of 40 students ran for 35 out of 65 open Senate seats.

Several changes were added to USG's 2021-2022 elections code in November to ensure elections would go more smoothly, including providing a clearer definition of how to perform ranked choice voting. The clarification was added after last year's elections commission incorrectly defined ranked choice voting and declared the wrong executive ticket as the election winner.

READ MORE: To prevent past mistakes, student government is preparing for elections

"It's a beautiful day on Tempe's campus and we can't wait to get started," said Kalthoff, a junior studying electrical engineering.

Trevor Alford, Sheil Patel, Parker Johnson and William Hanson were the only candidates running for the four seats for the Ira A. Fulton Schools of Engineering and will take those seats next year.

The single seats for the College of Health Solutions, College of Integrative Sciences and Arts and Mary Lou Fulton Teachers College remain open. The two seats for the Herberger Institute for Design and the Arts also remain unfilled. 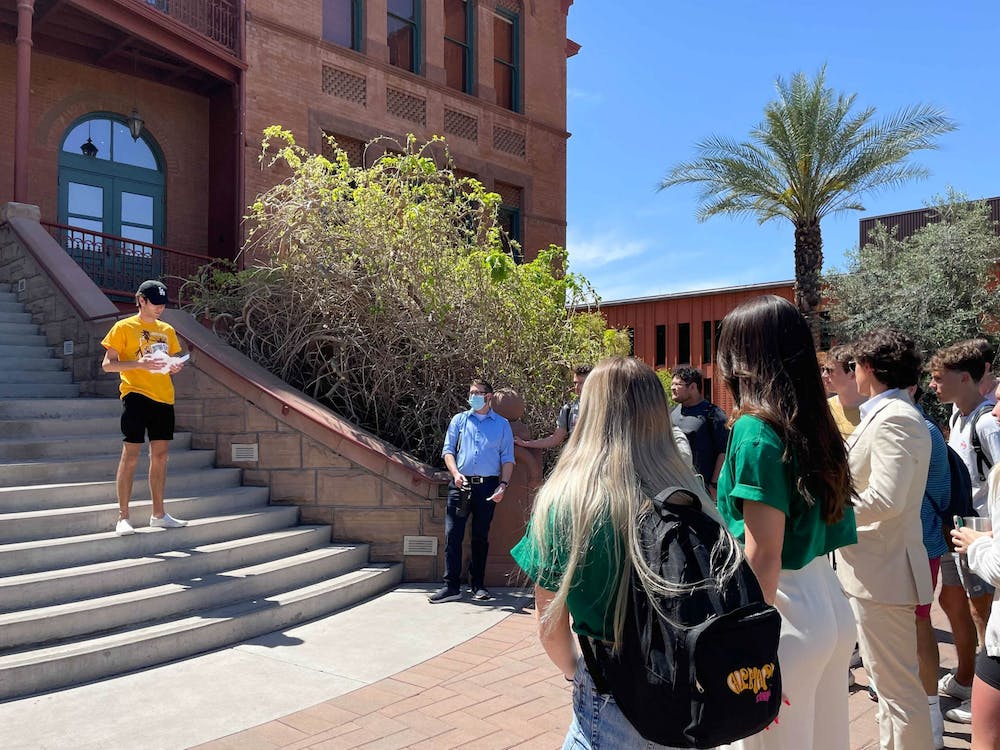 "My VPS, my VPP elect and I couldn't be more excited to jump into these new roles and start building a team that will hopefully be in place, going by next year," said Lis, a senior studying journalism and mass communication and geography with a focus in meteorology and climatology. "We can start working on all the really great initiatives and ideas out there that will hopefully benefit a lot of Sun Devils in general."

Ashley Hung and Carly Vigeant won the two seats for the Edson College of Nursing and Health Innovation uncontested.

Seanika Mathis won one of the two seats open for the Watts College of Public Service and Community Solutions. The other seat remains open.

"We are very excited to continue working on various projects and initiatives for students. From club funding, campus improvement projects, to University-wide initiatives, student leadership works to make a difference in the student experience,” said Alcantar-Chavez, a junior studying mechanical engineering systems, in an email.

Lailah Smith won one of the two seats open for the College of Integrative Sciences and Arts, and the other seat remains vacant.

Julius Woart won one of the two seats open for the Ira A. Fulton Schools of Engineering, and the other seat remains vacant.

"They're all incredibly excited, quite giddy over our win and ready to make a big impact," said Blasko, a sophomore studying medical studies. "We're just really thankful for everyone who voted and was able to participate in the elections."

Celina Torres and Michelle Gradillas won two of the four seats open for the New College. The other two seats remain vacant.

Vanessa Maciel ran uncontested and won one of the two seats available for the W.P. Carey School of Business. The other seat remains vacant.

Addison Sutton ran uncontested and won the single seat for the Thunderbird School of Global Management.