Part 1: The Complaint (You are here)

However, before things went sour, each author on the complaint was united by one thing: The welcoming embrace of a church that sought to offer them a home and a family.

The complaint has also been turned into a blog, called  Hope Church ASU Cult Investigation, run by a former member of Hope Church.

In the complaint, the term "cult" was used 34 times.

Dr. Felix Salomon of the Phoenix Institute of Psychotherapy said a cult can be defined in many ways, but he defines it as a closed, totalistic subgroup or subculture that demands complete allegiance and the giving up of individuality and autonomy on the account of its members.

Kolton Nelder is one of the 14 former members who wrote a testimony in the collaborative complaint. He and other members said they faced constant pressure to follow the direction of Hope Church leadership without question. Not going with the flow was frowned upon.

In the complaint, contributors wrote, "Whenever the group/leader is criticized or questioned, it is characterized as 'persecution.'" Members wrote that Hope Church refers to criticism as persecution, but they do not feel it is an accurate label.

Another facet of the complaint describes the way church leadership would use scripture out of context to assert authority.

Nelder said that having lived in a Christian household and studied the Bible on his own, he could recognize when a verse was taken out of context and used to manipulate him.

"Hope routinely reads their own principles into Biblical passages (when the connection is far from apparent), takes passages out of context and, most often and important of all, fails to cross­-reference their 'pet' scriptures with other passages in the Bible," according to the complaint. 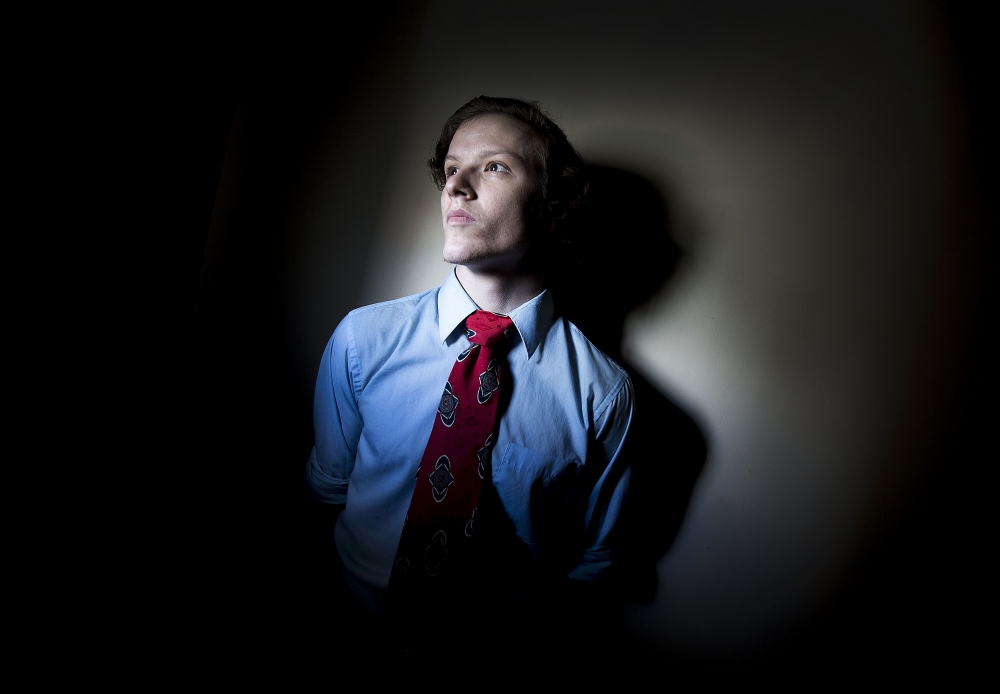 This behavior is what gave rise to the complaint. Business computer and information senior Stephen Wicker, a former member of Hope Church, was the first to bring up his concern about Hope Church to a students' rights representative and ASU employee. Wicker then filed an incident report regarding the issue.

In the beginning, Wicker said he believed it would only include his voice, but after he started talking to former members, the report snowballed into a collaboration of 14 contributors.

It outlines the alleged unethical practices of church leadership, why the students believe the church is a cult and how they perceive students are being deceived to join the organization.

While some contributors have chosen to be named on the complaint and have spoken openly about their experiences, others have removed their names from the report out of concern that they will receive backlash from Hope Church's leadership. Some of the contributors declined to be interviewed, saying they were afraid to speak out further because it might spur the church to contact them.

A key complaint from the document is about "discipleship houses" that are used as a way to indirectly control the social movements of members. The complaint says members, especially those given leadership roles, are strongly encouraged to live in these houses.

Wicker said he lived in one of these houses and wrote in the complaint that the purpose of the houses was not for members to be abused but to be monitored.

"I was told by the campus ministers I lived with that the point of a 'discipleship house' was to have a group of men living together who were all Christians and were all under the same church authority," Wicker wrote in the complaint. "Therefore, moving into such a house was an act of consent to be placed, to a greater degree, under Hope’s authority and allow them to enact more influence over one’s life. ... members are often spiritually/emotionally/psychologically abused, and therefore, living in a discipleship house often amplifies or accentuates such abuse."

Former members said a main "cult-like" trait of Hope Church is the control it seeks to exert over members' lives. 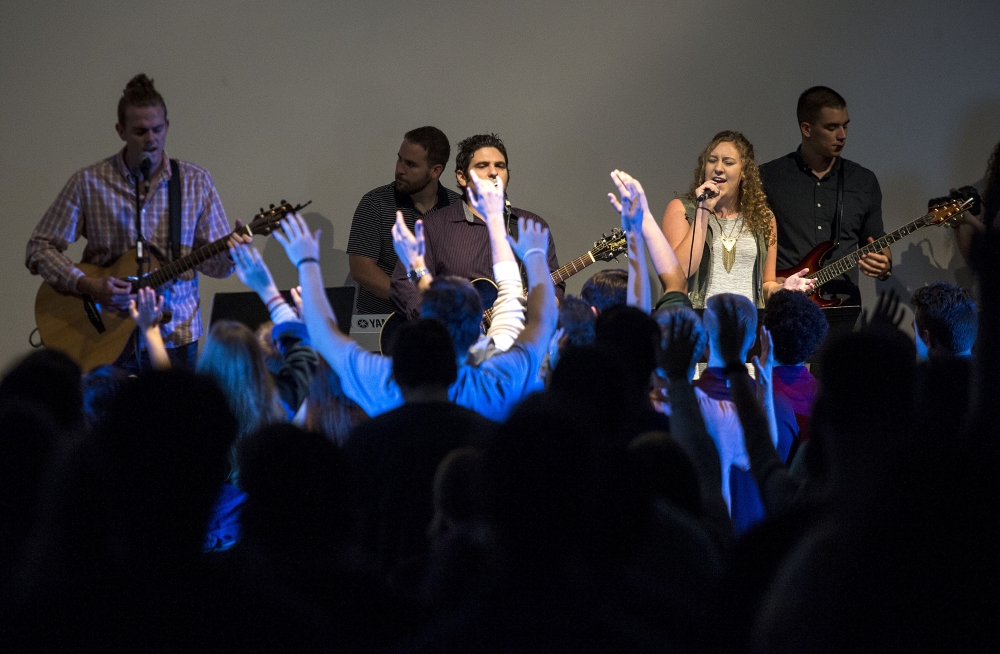 Salomon said there are groups known as "communal cults," which share living spaces, but some other cults have members who live independently of one another.

"(These) members don’t actually live together, but they have to report back to headquarters and bring valuables back to the central office of the cult,” he said.

Salomon said three main dynamics cause a person to join a cult — loneliness, sadness or depression and isolation.

“The cult offers them the human need to feel like they belong to something other than themselves,” he said. “That’s probably the biggest motivation.”

Cameron Hernandez, a former ASU student and former Hope Church member, said he lived in these houses in 2014. However, Hernandez said at the time he lived there, he could see the Hope Church pastoral team trying to distance the organization from the houses by giving responsibility over to the housing leaders.

“There’s no houses that are owned or managed by our church at all," Ruedaflores said. "There are student members of our church that live together — you know, they decide to live together and do that, but we don’t really do any of that from our church.”

Ruedaflores later confirmed that a number of years ago, Hope leadership had a conversation with a group of students and leaders in the church who asked for help defining some values to live by as roommates.

"It’s not something we’ve done since because we didn’t think it was very effective in helping those students," he added.

In an investigation by The State Press, documentation of a "Hope Christian Church Discipleship House Agreement" from 2013, authored by a current campus minister at Hope Church Chad Pentecost, was uncovered.

Pentecost said he was apart of a group of Hope Church members living together and discussing the arrangements at the time, but said he could not confirm that he wrote the document. Rather, he said, it may have been written by someone else using his computer.

Pentecost said housing agreements were not mandatory in any of these houses, but were a set of guidelines that many adopted.

The complaint further alleges the church employs a deceitful form of recruitment in the use of "front" clubs and organizations that represent Hope Church but are not disclosed as branches of the church. These clubs include Man Up and WOW Factor (both clubs within The Respect Movement), Outlaw Comedy and Hope4ASU.

Hope Church leadership recently  updated its website in September to list its club partnerships, but leaders said the clubs are not used to advance any church agenda.

Many former members said they felt pressure to recruit members to the church through these clubs, even though they felt it was dishonest.

Wicker said a clear indicator of the tie between clubs and church recruitment was when Senior Pastor Brian Smith led a meeting called "Camp 72" with club leadership and church members before the school year began. He said Smith introduced all the organizations' presidents and vice presidents to what the year's plan is to recruit people into the church in a project under the name "Operation 72."

"They would like to meet as many freshman students as possible during their first 72 hours on campus because during this time, people are looking to get connected to something — make friends — so you want to get them early," Wicker said.

Leaders from Hope Church acknowledged that there is a push to reach students in their first days on campus but declined to further comment on their methods.

In response to the accusations of employing “front” groups to recruit students to Hope, Smith said Hope Church does not own or control any of the clubs and that only students have the power to start an on-campus club.

Smith said this is not the case but that Hope inspires the clubs and plays a supportive role.

“We just cheer them on and support them and resource them, and I’m occasionally asked to come and speak at events,” Smith said.

“Over the years, we’ve actually started several events that have actually evolved into student-dynamic clubs that are values-based,” she said. “They’re not faith-based. They’re values-based now.” 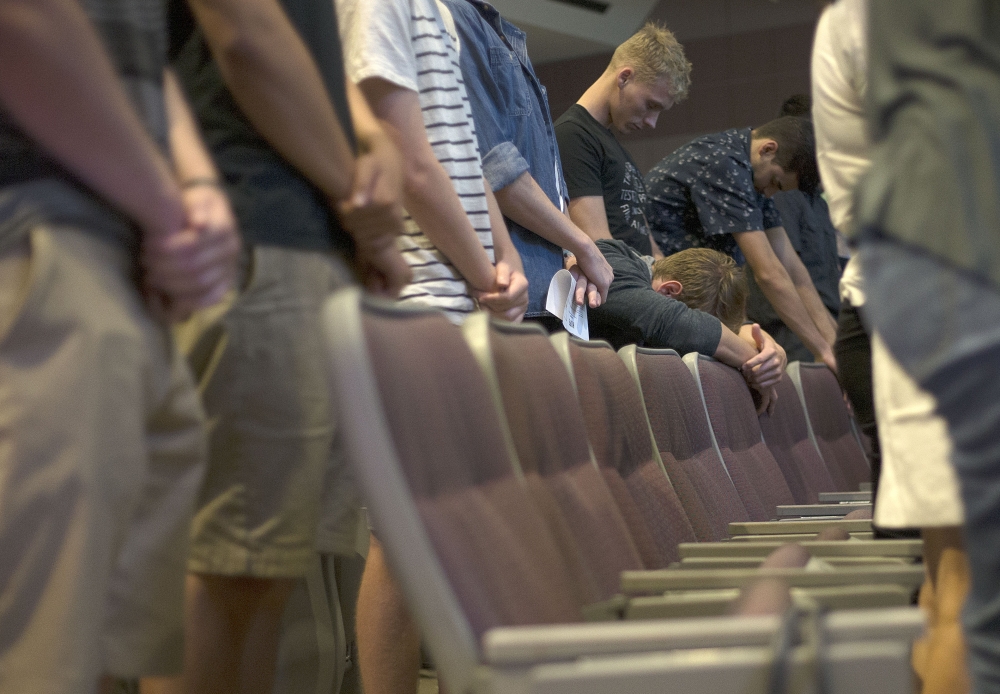 Hope Church's ministry does directly connect with a student-run club called Hope4ASU, formerly Sun Devils for Christ. Through the club, Hope is able to reserve space on campus every Sunday in Neeb Hall for the church to meet. Leaders of Hope said this is standard procedure for all religious groups looking to acquire space on campus.

Ruedaflores said Hope is only involved on campus in the ways it has been specifically directed by the Council of Religious Advisors and ASU and that ASU President Michael Crow encourages Hope and all members of CORA to have an active role in student life.

Crow confirmed he advises religious organizations to have a presence on campus but has no direct contact with Hope Church itself.

An ASU spokeswoman declined further comment on the complaint.

Hope Church leaders said they know about the complaint submitted to the University but have little detail otherwise.

“All we know is that (ASU) has said that two students have submitted a complaint, and we’re looking forward to working with ASU on what that is,” Ruedaflores said. “We don’t really have any details about it.”

Ruedaflores said the church seeks to provide students with a safe and comfortable environment.

“We’re concerned any time a student has a bad experience," he said. "Everything that we do — we are completely transparent about it.”

In response to the way Hope Church was characterized in the complaint, Smith said: “We’re open to sit down with anyone to hear their concerns and work through any misunderstandings. It bothers me as the pastor of Hope to hear that any student has had anything less than a positive experience coming around our church or experiencing our ministry. We’ll sit down and talk to them about any concerns or misunderstandings at any time. We’re totally open to that. We really want to see that happen. That’s our posture.”

Part 1: The Complaint (You are here)