Part 5: Power Dynamics (You are here)

"Hope Christian Church staff members regularly use trivial incidents to accuse student members of various kinds of wrongdoing, character flaws, or rebellion against God and the Church. More often than not, further submission to Church authority is given by Hope leadership as the implicit or explicit cure for these problems. On occasion, the true motivation of these manipulations are not transparent. For instance, if a member is contemplating decision A in his or her life, and Hope leadership disagrees, they may use trivial incidents B, and C to manipulate the psyche of the student member so that decision A is not actualized. (pg. 43)

The above excerpt from a complaint submitted to ASU touches on the experience of many former members of Hope Church, including Ashley Perea.

In 2002, Perea began attending ASU to study political science and history. She became a member of Hope Church in 2005 and graduated in 2006. At this time, she was asked by Hope Church leadership to work on staff. She accepted.

Perea said she tried ASU Cru (Campus Crusade for Christ), Young Life and other Christian groups on campus in the past, but none of them resonated with her. 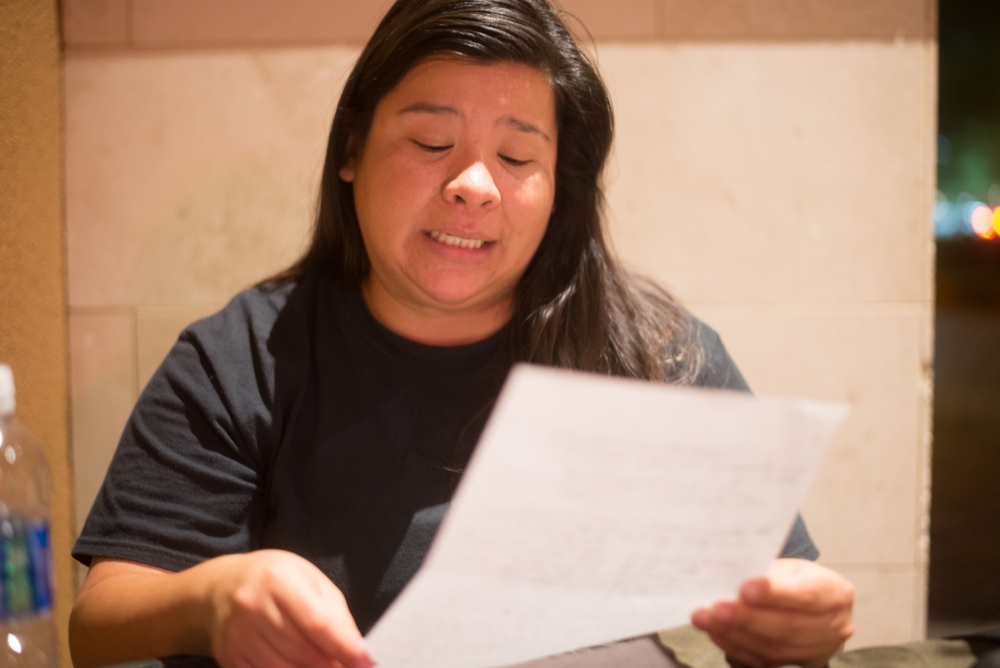 “It took me a while to just agree to be a part of the church, because it was very small, but you know, it was a church, and I really did feel welcome,” Perea said.

Perea said this was the first time she felt so accepted in a community. However, after a few years, Perea said her positive experience began a slow decline.

She still recalls feeling scared to attend staff meetings because she didn’t want to be yelled at by the pastoral team for not complying with their wishes.

Perea said the demands on her as a staff member were always high, but the first time she felt fear of not meeting the pastoral team’s standards was when she failed to answer a phone call from the senior pastor. Later, she said Senior Pastor Brian Smith yelled and scolded her, telling her there was no excuse for not answering his call, regardless of what situation she found herself in.

From this point on, she said she began to tiptoe around leadership for fear of emotional abuse.

Perea said she was frequently overwhelmed by guilt from leadership and avoided talking about the way she felt because in her experience, it would always be used to make her feel more isolated, as if she was the only one experiencing difficulties or conflict.

Perea said she now realizes how she was being manipulated, but at the time, she felt that it was her fault and continued to cling to the relationships she had in the church.

As she began to feel overwhelmed by the church, she decided to head home to Sedona for a weekend to see her family, and upon her return, Perea said she was harshly criticized by leadership from the church for leaving town without informing anyone.

The next time she tried to visit with her family for Thanksgiving, she said she was careful not to repeat this mistake. She informed leadership that she would be heading home for the holiday, but was told she had to stay to recruit students to the church.

Perea’s absence during Thanksgiving raised alarms in the mind of her family. During this time, Perea’s friends and former members of the church urged her to tell her family what was really going on.

Perea said she broke down and took their advice, and her father drove into town and physically removed her from the house she was living in with other staff members of the church. 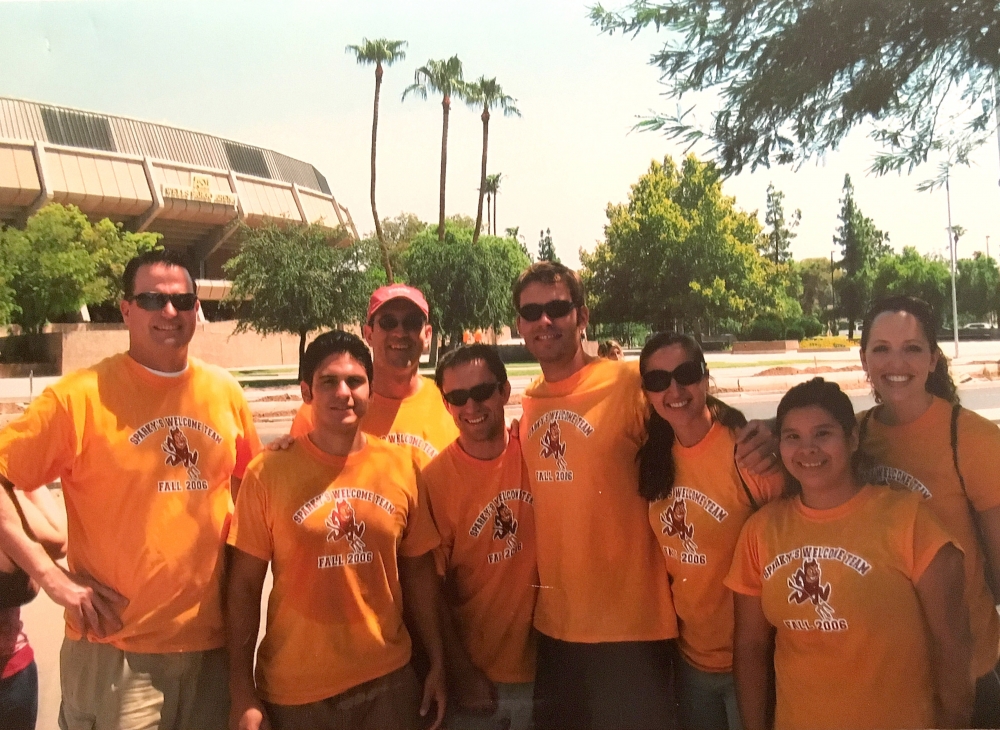 Perea’s father, Don Perea, confirmed this confrontation, but noted that when she began attending Hope, Ashley Perea was happy.

“My daughter has always been a bubbly type of person,” Don Perea said. “Very outgoing personality — just a joy to be around. ... (The church) seemed normal. It wasn’t until she came home and started telling us what happened behind closed doors. The way they would berate her, how they would yell at her, how they would put pressure on her and make her feel that she was the one with the problem. She went through a lot.”

According the the complaint, this shift in a member's personality is not unusual in the church.

"Members often exhibit radical personality changes during their membership, including reduced devotion to academics, reduced devotion to familial ties, reduced ability to form and maintain genuine relationships, speaking in 'cliches' and 'catchphrases,' and centering all other aspects of life around involvement with Hope Christian Church," the complaint reads.

Ashley Perea looked back on her time at Hope Church and her impression of Smith.

Former member Stephen Wicker said that on many occasions, when he received advice from Hope leadership on decisions he was making, he said he would respectfully hear them out, and then indicate he would follow an alternate course of action. When he did so, however, leadership did not respond well.

"I was reminded of the supreme importance (in their minds) of 'submitting to church authority,'” Wicker wrote in the complaint. "In other words, if the cookie-­cutter guidelines put in place by church leadership are not followed precisely, this is framed as rebellion against Church authority." 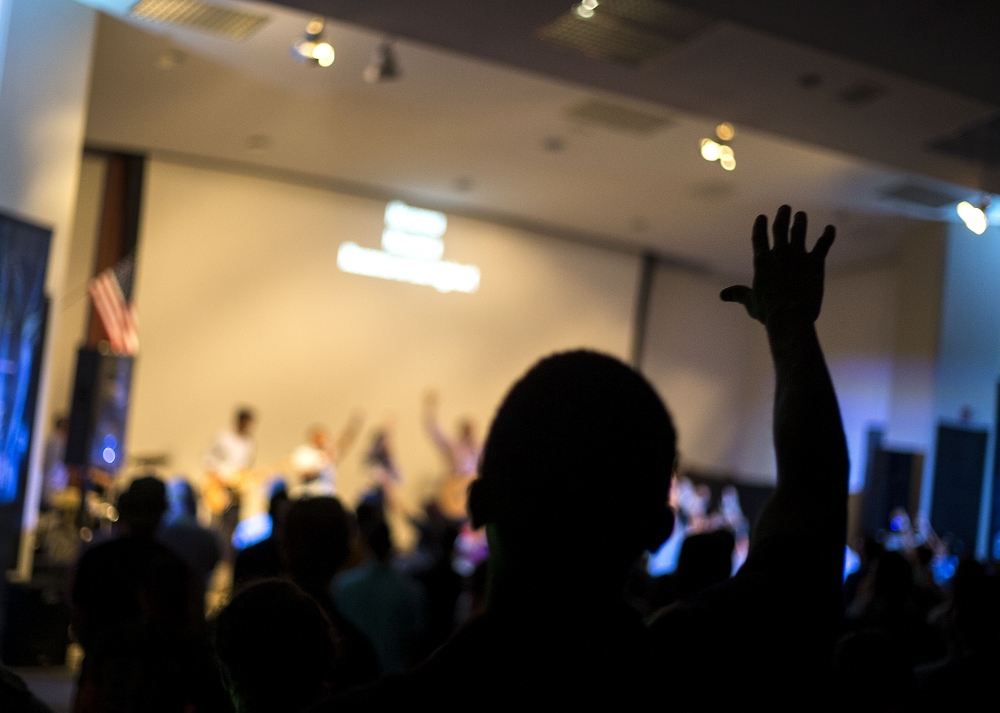 Another section of the complaint touches on the attitude of the church toward dissenting opinions between members and leadership.

"This tendency is embodied in a variety of ways by Hope Christian Church, including members’ opinions being met with derision, hostility, or dismissal when they differ from those expressed by Hope leadership, 'ganging up' on members by springing discussions upon them where they are outnumbered (by Hope staff) in order to silence dissenting opinion, quashing “rebellion” (in the form of dissenting opinion) with psychological manipulation, and enforcing unquestioning submission to Church leadership as an official membership requirement," the complaint reads.

According to former members, it is difficult to leave the church even when members recognize this behavior and feel unhappy. Multiple former members said even leaving the church comes with an expectation that you meet and have a discussion with leadership that many find daunting.

"It's like Hotel California," he said. "You can check out, but you can never leave. ... The difference between a cult and an open system, or an open group, is that they are not so closely monitored. In an open system, (members) can leave anytime they want without fear of retaliation or retribution from the group."

Leaders from Hope Church said they recognize that Hope is not a church for everyone, and they encourage members to discuss their experiences at the church with them at any time.

“I think our standard policy is that anyone who wants to meet up, we’re totally willing to talk with them," Campus Director Hillary Ingram said.

Part 5: Power Dynamics (You are here)