Part 4: Recruitment Pressure (You are here)

"Five other campus organizations: The Respect Movement (composed of Man Up and WoW Factor), Sun Devils Wear Prada (a subset of WoW Factor), Outlaw Comedy, Sun Devil Survivor, and Sun Devils for Christ, are used for purposes of evangelism by Hope Christian Church, without transparency toward the students they engage. These clubs are in no way independent organizations. They are front groups which are fully operated under the wing of Hope Christian Church. They exist so that Hope can get away with using them in various ways to further the interests of the church without ASU’s knowledge­­ whether that be by securing funding, space, time, or resources from ASU, or simply deceiving the students they meet by masquerading as something other than a church group." (pg. 22)

The above excerpt from a complaint submitted to ASU touches on an issue that many students and former Hope Church members described as deceptive in nature. 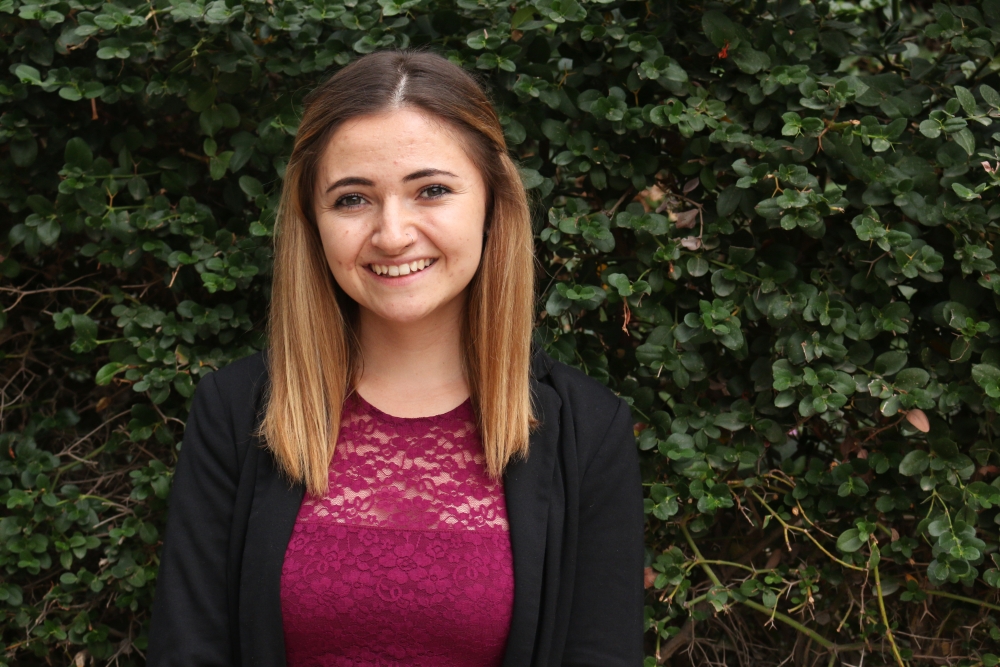 Savannah Drake, a family and human development junior and former Hope Church member, said she always felt uncomfortable with the pressure to recruit new members in a way she felt was deceptive.

Drake said throughout her time at Hope, she noticed unusual tendencies in the way the church approached recruitment. The first time she was put off by the church's methods was in the two-week period before school started one fall semester. Drake attended a camp for Hope Church members and club leaders on an invitation from Senior Pastor Brian Smith. She said the purpose of the meeting was to present a strategic recruitment plan for the semester.

"During that 'Vision 72' camp, they showed a Power Point," Drake said. "They had this slide, and it said 'Hope Christian Church' and then there was three or four bubbles — Respect Movement, Sun Devil Wears Prada, Sun Devil Survivor and Sun Devils for Christ. They were all pointing to Hope Christian Church. And they were like ‘Yeah, all these four clubs, like that’s how we are going to get people to go to church.’"

Drake said later on during her time as a dorm leader in Sun Devil Survivor, a weekend trip in which students compete in the wilderness, she was pressured to befriend newcomers for the purpose of bringing them to church. When she expressed her discomfort with this method of recruiting under the guise of a club leader and not a church member, she was told it was her duty to bring people to the church. She said she felt the church needed to be more open about the way it used these non-religious clubs to bring people to church.

Stephen Wicker, an author on the complaint, described this meeting as well, saying he also felt is was a deceptive way to recruit students to church.

"They would like to meet as many freshman students as possible during their first 72 hours on campus because during this time people are looking to get connected to something — make friends — so you want to get them early," Wicker said of the camp's goal.

As a former Hope member and former officer in Man Up, a leadership movement at ASU,  Wicker said he was instructed by church leadership to deny any connection between Hope Church and the student organizations if questioned by students.

Leaders from Hope Church acknowledged there is a push to reach students in their first days on campus, but declined to comment further on their methods.

"The bible encourages it," Senior Pastor Brian Smith said. "Jesus said to become fishers of men, so we encourage that." 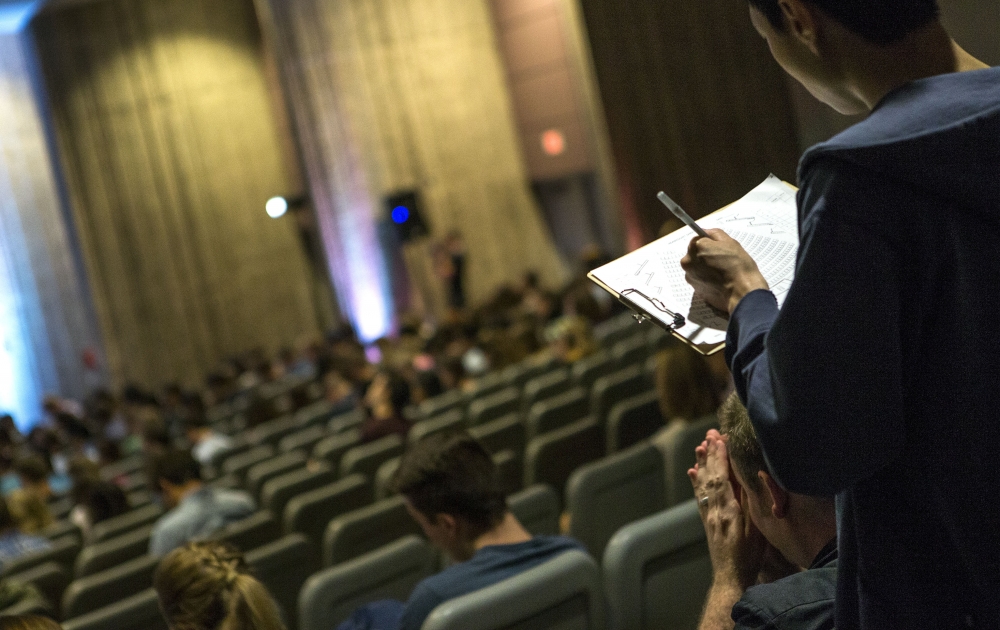 Cameron Hernandez said that when he was a member of Hope Church, he was a part of a team that collected the contact cards students were asked to fill out before they attended ASU's First Laugh, put on by Outlaw Comedy during Welcome Week. Hernandez said the contact card functions as a ticket for students to attend, and the information is stored in a database that is accessed by Hope Church. He added that students aren't told that the event is put on by the church when they give out their information.

However, Hernandez said Smith does introduce himself at the event as a pastor with the church, but only after students have given their information to Outlaw Comedy, a club that Hope Church said it does not own but instead sponsors. However, the club's  website lists Smith as its founder.

In response to using "front groups," Smith said the church does not start or control these clubs, but rather partners with them.

"I'm a member of (Hope), and I really enjoy asking for help," he said. "I seek counsel from a number of different people. ... I get advice from people that I trust, and people at Hope are experienced in that." 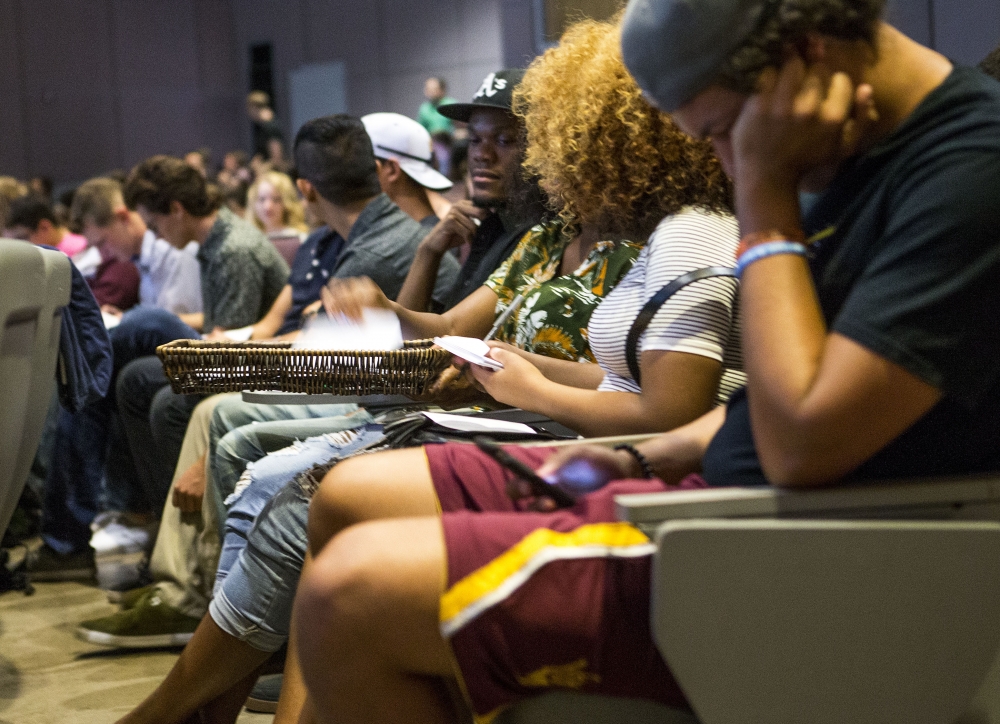 Part 4: Recruitment Pressure (You are here)