Part 3: Relationship Pressure (You are here)

"Hope Christian Church campus ministers insert themselves and their 'authority' into every single facet of student members’ lives. This is not exaggeration, as micromanagement occurs of students’ time, finances, friendships, family lives and romantic lives. More often than not, manipulative tactics are used by Hope staff to conform the life choices of students to their will, and failure to comply with campus ministers’ wishes in any given area has negative consequences for the student in regards to their relationship and 'standing' with the Church, as well as their emotional and psychological well­-being." (pg. 34)

The above excerpt from the complaint filed with ASU describes the personal experiences of multiple former members of Hope Church. One such member is Cameron Hernandez.

Hernandez, a former ASU student and former Hope Church member, said things were all right in the church for a couple years but went sour when he met a girl in the church that he wanted to date. Before asking this girl out, he sought the counsel of his campus leader.

“I really valued their input,” Hernandez said. “They decided against it, but I decided to continue to think about it more.”

Ultimately, Hernandez decided to pursue the relationship anyway. When he did so, Hernandez said leaders in the church claimed to respect his decision and encouraged him to come to them with any problems.

However, a few weeks later, Hernandez said his campus leader asked him to meet on campus to discuss issues with Hernandez the leader would not disclose to him at the time.

This meeting could not be confirmed by the leader.

Under the impression this would be a one-on-one meeting with the campus leader, whom he considered a friend, Hernandez said he went to the meeting. However, when Hernandez arrived, two leaders greeted him.

Together, Hernandez said these leaders began to list off criticisms accumulated over months regarding his behavior. Hernandez said the leaders used this list as justification to make him feel he was not mature enough for a romantic relationship.

Hernandez said he felt ambushed in the meeting, and red flags went up in his mind. He said he felt he was being chastised for minor things. For example, an instance in which Hernandez interrupted a conversation between a group of pastors was cited as problematic behavior by the church leaders.

Why they were voicing months of seemingly insignificant grievances at this moment was a mystery to Hernandez.

“They wanted to tell me I was living in pride,” he said. 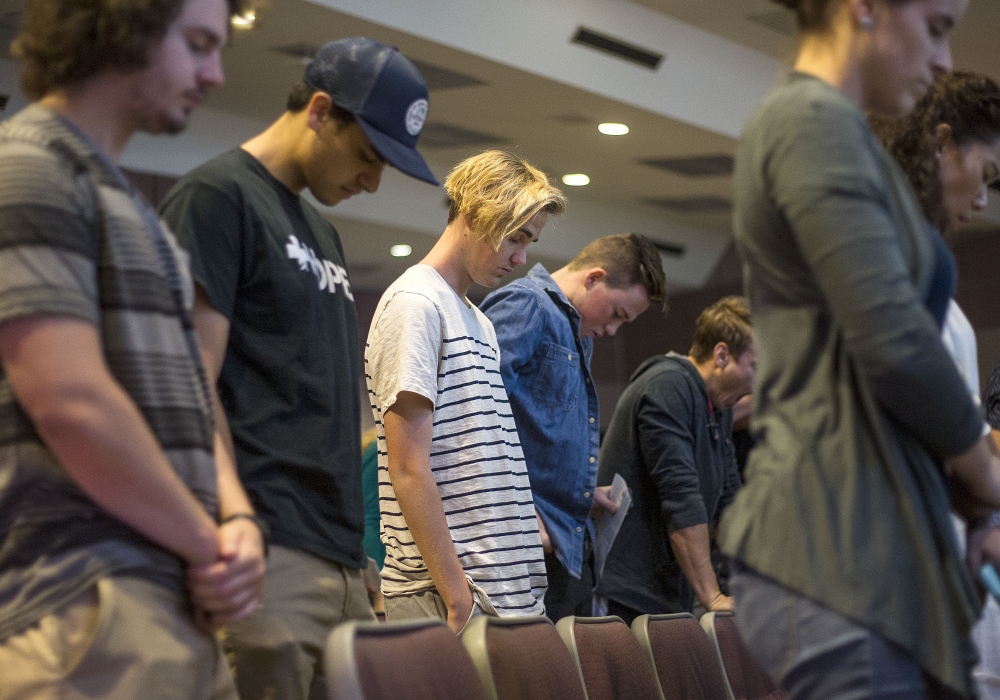 Hernandez said the leaders used scripture to assert that he must obey their authority.

After discussing the meeting with his girlfriend, Hernandez said he found out that she had received even harsher criticism regarding the relationship. Struggling in school at the time, she told Hernandez that leadership cited her academic struggles as a reason why she was not worthy of being a wife, and therefore, should not be in a relationship.

Hernandez's girlfriend was unable to be reached in time for publication.

Hernandez said the two ended up leaving the church by the end of 2013, having felt betrayed by the leaders in whom they confided.

“I didn’t want to be in a church if they treated us that way for our decision,” he said. “There’s no way I was going to stay at a church that made my girlfriend feel uncomfortable.”

Savannah Drake, a former Hope member, said forming relationships within Hope Church is difficult without the OK from leadership. Drake and multiple members have described dating within the Church as "arranged."

Drake said that at a time when she was developing romantic feelings for another member in the church, she brought up the topic to a Hope Church leader she considered a friend but was discouraged from pursuing a relationship. She said she was told she needed a stronger relationship with God — one that leadership said could take up to five years to develop.

"It was frowned upon, becoming close with a guy,” Drake said.

She added it was not just romantic relationships that were frowned upon between a boy and a girl, but friendships as well. Drake said Hope Church leaders had made it clear that boys and girls were not to share personal information, thoughts or faith with one another. Many former members said it was nearly impossible to form relationships without experiencing extensive shaming and guilt.

“They have a strong ratio system," Drake said. "If you had any guy friends whatsoever, you were accused of trying to have sex with them. So if you wanted to hang out with a guy, then you had to bring at least two of your friends to make sure you two wouldn’t do anything.”

She said the only constant relationships she was asked to keep were with students thinking of becoming members or students on campus looking for friends. 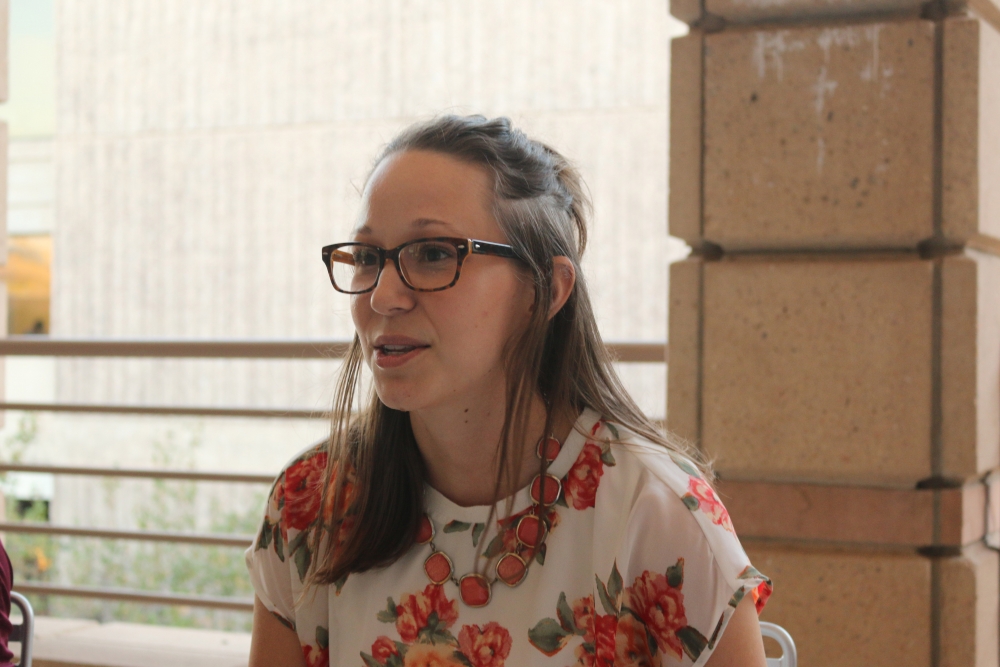 While Hope leaders denied arranging or interfering with any of the relationships between members, Campus Director Hillary Ingram said the church typically separates bible studies and private meetings on the basis of gender.

"We usually meet woman-to woman," Ingram said. "If you’re going to share something kind of sensitive, you want to be with someone who kind of understands you a little bit more. All of our bible studies and small groups are only women with women and men with men.”

Like many former members, Drake said that when she had difficulties with the church she found it hard to leave because all her friends were there. The community had become central to her life.

Another former member, B.D.*, said she had similar relationship pressures while attending Hope in 2011. When B.D. joined Hope Church she came with her boyfriend at the time, who later became her husband.

B.D. said she was told to break up with him multiple times for reasons she did not understand. She said as a couple, they were following traditional Christian guidelines of abstinence and consistently attending church, along with volunteering in church ministry.

However, she said this did not seem to be enough for the church leaders, who disapproved of the relationship. When she found herself without him and in a group of female members and leaders, she said she was told to break up with him. She said Hope Church leadership would tell her that God was speaking to her through them, and she should respect His authority.

"They would say things like 'God uses people to speak to you,'" B.D. said. "They said 'We are leadership, therefore we have authority, and you should be respecting authority. Authority comes from God.'"

She said at the time she acknowledged this behavior as an abuse of power from authority but still wavered on her decision. She ultimately chose to leave the church as a result of this pressure. 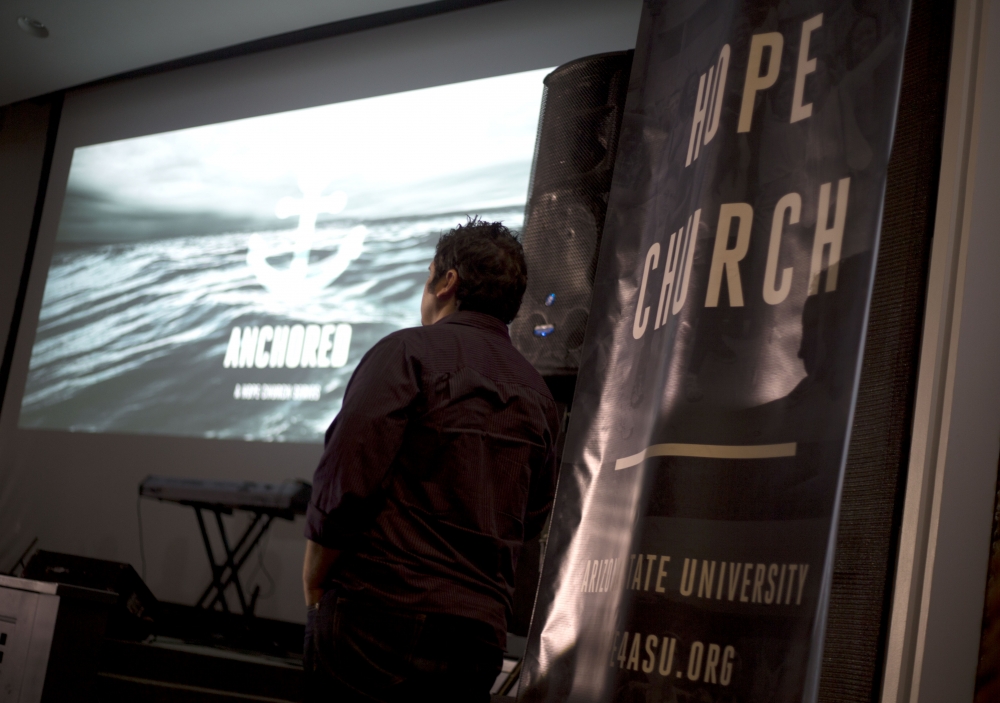 Former member Stephen Wicker wrote in the complaint, "Members' friend ­groups and romantic lives are closely monitored and, in some cases, outright controlled by Hope leadership. As referenced in more detail later, in-group/out-group biases are employed to an extreme­­ where the thought is that the only 'outside' friends a member should have are those they are attempting to 'bring into the fold' at Hope.

"Dating and relationships are also all but expressly forbidden until a member reaches a certain age, and 'position in life.' Any dissent from this is met with opposition.

"Furthermore, members are encouraged to seek 'approval' from church authority to begin a relationship with another person, or even to further build a friendship. Many times while at Hope, I was ostracized by Hope leadership for being too close with too many female friends (in their estimation). I was constantly being warned to 'examine my heart' with regard to these friendships and to strongly consider the idea that my only possible motivation was to manipulate the emotions of the women in my life in order to cause romantic or sexual attraction."

"We agree with what the Bible says, and there’s actually a lot of scripture that talks about relationships, but we don’t try to arrange relationships or break people up," Smith said. "We don’t do that."

Part 3: Relationship Pressure (You are here)