The public university governing board approved coaching contracts, new projects at ASU West and updated its tuition policies to comply with Prop. 308 at a meeting on Tuesday

A new $33.5 million and 50,000-square-foot project for a multipurpose instructional building on the ASU West campus was approved by the board at a meeting Tuesday.

"We anticipate that it would be used for multiple academic programs and multiple instructional processes, including student gallery space, computer labs, drawing labs, faculty offices and also include a little bit of future growth space that is part of our plan to grow the enrollment over time on the West campus to 15,000 students," said Morgan Olsen, ASU's executive vice president, treasurer and chief financial officer. According to ASU's data, in Fall 2021, about 5,200 students attend ASU at the West campus.

The board also approved a 65-year ground lease of approximately 2 acres on the southeast corner of 49th Avenue and Verde Mall on the West campus. With an annual cost exceeding $1 million, the plan will build new student housing which would add approximately 507 residence hall-style beds to the campus.

These housing demands come after 261 students at the West campus were left without on-campus housing at the start of Fall 2022, with 41 students still on a waiting list as of Nov. 3, according to the executive summary of the plan. The housing project is anticipated to be completed and ready for residents by Fall 2024.

According to The State Press salary database, former head football coach Herm Edwards, who relinquished his coaching duties in September, was making $3.7 million in 2021.

READ MORE: Edwards to take 50% buyout of salary, plus benefits and academic bonus

New ASU coach Kenny Dillingham's contract details were posted ahead of an ABOR meeting next week.

Dillingham will make $3.85M in his first year with annual increases of $100k for the duration of the five year contract.https://t.co/ALBncAmB8i pic.twitter.com/vs6HhEz8yO

Fisch was awarded a five-year extension to his contract, which now goes into 2027. His base salary for the extension will start at $2.35 million for the first year, with a $500,000 additional payment for other duties. The base salary will increase incrementally each year over the next five years.

Additionally, tuition and financial aid revisions were proposed in order to comply with Proposition 308, a state law passed in the 2022 midterm election that provides a pathway for non-citizens to receive resident tuition and qualify for certain types of financial aid.

"We are aligning board policy with this new state law so that we can provide these benefits as early as this upcoming semester," said John Arnold, executive director of ABOR. "With this change, our hope is that the number of qualifying students will dramatically increase over the coming years."

The revisions will take effect in the upcoming semester and are expected to benefit a small number of students who previously were unable to receive these benefits due to immigration status.

"This is a really momentous moment for the board, for the state and for these young people who came to the United States with their parents and have excelled in school," said regent Fred DuVal. "It is a moral thing, a smart thing and thanks to the voters, a legal thing. I'm delighted with today's news." 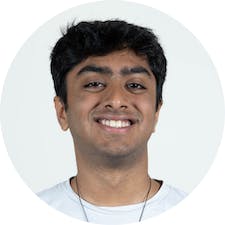